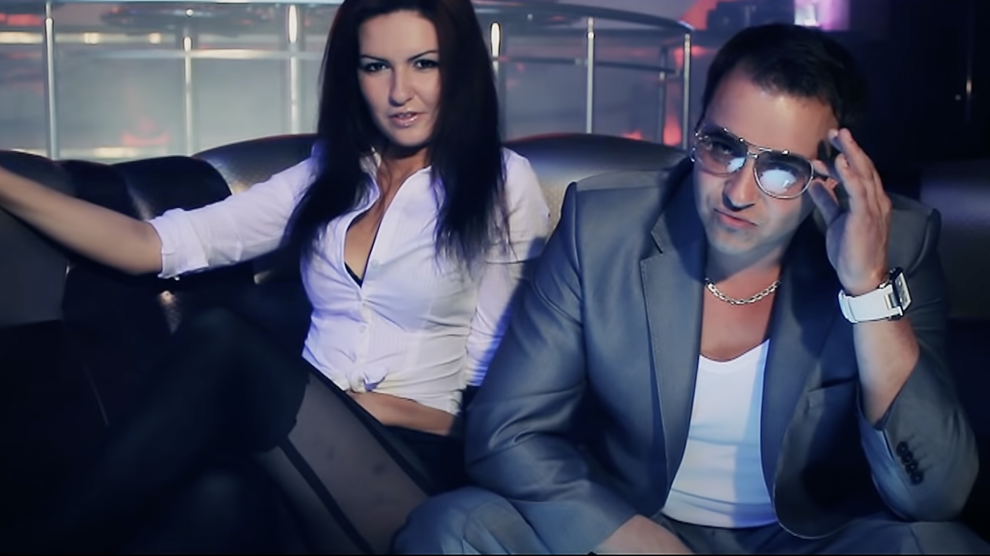 An ear-bleeding mixture of simplistic melodies and lovey-dovey lyrics, disco polo has become a fixture at parties across Poland and a source of sizeable fortunes for its biggest stars.

Think of disco polo in terms of a cross between disco and folk music, just not a very good cross.

While it continues to mystify musicologists and remains a symbol of bad taste for many, disco polo happily defies all the odds with its earwormy melodic line and remains many a Pole’s guilty pleasure.

When it’s not melodramatic lines about unrequited love, the lyrics feature the sort of locker-room language that doesn’t really lend itself to quoting here. This hasn’t, however, prevented disco polo from becoming a crowd favourite at wedding parties all across Poland, with popular hits typically sung by the entire dance floor at the top of their voices.

For starters, let’s give it over to Zenek Martyniuk, the undisputed king of disco polo, and his band’s hit single Przez Twe Oczy Zielone (Because of Your Green Eyes), viewed nearly 200 million times to date on YouTube:

The beginnings of disco polo were far less refined though, at least production-wise. Conceived in the late 1980s, the genre was initially known as sidewalk music because cassettes were sold primarily in stalls on streets and in bazaars.

Sales soon shot through the bazaar roof and the genre was given a more attractive-sounding name, calqued half-heartedly from Italo disco. A mainstream TV network was airing a weekly show on this latest thing in music, disco polo clubs were opening by the dozen and there were no limits to what you could be seen wearing:

During disco polo’s heyday in the mid-1990s, it was embraced by politicians, who stood little chance of winning elections if they didn’t get a popular disco polo band to sing about what fine chaps they were. This clearly worked the trick for Aleksander Kwaśniewski, who defeated the incumbent Lech Wałęsa to become president in 1995, in no small part thanks to this piece:

At the turn of the century disco polo went on a blood-curdling rollercoaster ride, going out of style overnight before bouncing back in style a few years later.

Less rough around the edges these days, disco polo is a booming business and its stars are living a life of luxury. Their primary source of income are concerts at events ranging from provincial harvest festivals to nationally televised New Year’s Eve fêtes.

According to the magazine Wprost, the biggest names in the business charge up to 25,000 złoty per gig (around 5,520 euros), with many stars giving up to four concerts a day and as many as 300 concerts in a year.

Zenek Martyniuk, the aforementioned king of the genre and a prolific touring artist, is said to be making more than one million US dollars a year.

Rafał Dziuk, a popular DJ and MC known under his stage name of DJ Raphael, believes that there is little else to the popularity of disco polo than its simple and cheerful nature.

“Disco polo is unsophisticated, and as such it requires no thinking,” he tells Emerging Europe. “Nearly all disco polo songs focus on love, and that’s a topic anyone can easily relate to. The music itself comes with a melody that may not be very ambitious, but it is always catchy and lively. And you don’t need much more than that to start a party.”

And in that vein, let’s tune into the weekend with a band called Weekend and an English-language version of their massive hit song, Ona Tańczy Dla Mnie (She Dances For Me):