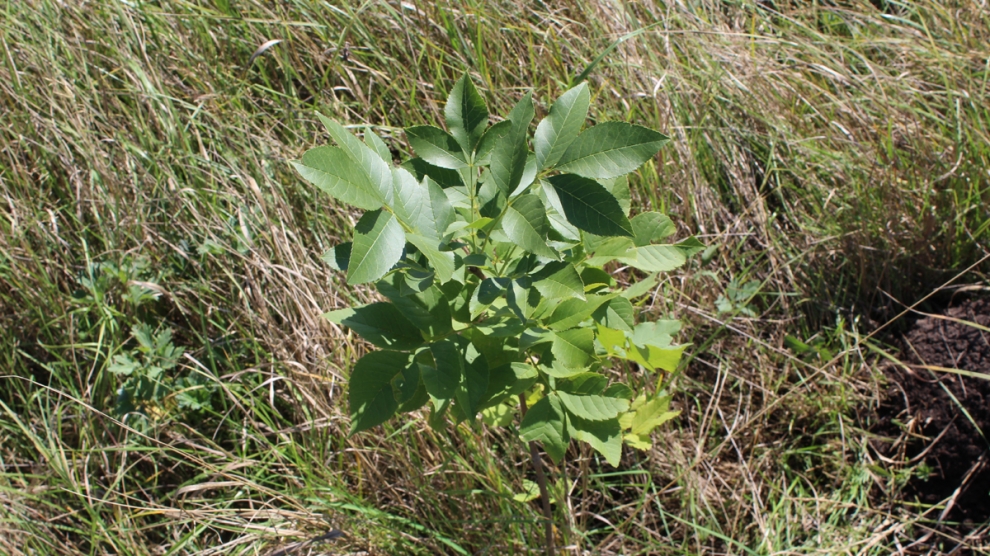 Armenia’s goal to double its forest cover by 2050 as part of its commitment to the Paris Agreement on Climate Change has captured the attention of the public and of professionals in the field.

The reforestation goal presents many challenges and opportunities for Armenia, including the creation of new nurseries, expansion of habitat for plants and animals, and joining the fight against global climate change because trees absorb carbon dioxide from the atmosphere. One concern expressed by experts at the Forest Summit is the availability of land. At least 250,000 hectares of new forest is needed to achieve Armenia’s long-term goal.

Given Armenia’s diversity of microclimates and potential limitations on available land, creative approaches to reforestation and afforestation must be implemented. ATP has 25 years of experience successfully planting in all regions of Armenia and will continue to provide leadership in Armenia’s sustainable development. Experts from Lebanon, Kenya, and Israel who participated in the summit offered interesting examples of creative solutions employed in their countries.

Forester Omri Bonneh shared several insights during the summit from the experiences of KKL-Jewish National Fund. For example, from 1920 to 1970 afforestation in Israel was characterised by dense coniferous plantations. A massive dieback of the planted pine trees during the 1970s and 1990s caused by an invasive pest triggered a change in forestry policy. “We realised ‘putting all our eggs in one basket’ by planting monocultures of this one tree was not a sensible approach to develop a sustainable forest,” explained Dr Bonneh. “We changed our forestry policy in 1990. The new policy had the goal to create mixed, multilayer forests that more closely resemble natural forests.”

Dr Bonneh also shared examples from the deserts of southern Israel, where there is a low rainfall similar to Yerevan. JNF has restored landscapes in these areas that were destroyed by overgrazing and soil erosion. Planting trees in dry riverbeds and training farmers to harvest water have been successful.

Keynote speaker Dr Anthony Davis reminded summit attendees that now is the time to define what the future forests will look like. With thoughtful planning about which trees to plant and where to plant them, Armenia’s reforestation efforts will renew, regenerate, and sustain rural economies and natural ecosystems.

Sose and Allen Forest: An example of ATP’s afforestation efforts

ATP has 25 years of experience in Armenia, with more than 1,000 hectares of new forests planted at over 30 sites. One example is the Sose and Allen Memorial Forest established in 2014 in Stepanavan. “The ATP team is always scouting for locations in northern Armenia to plant new forests,” explained Forestry Manager Navasard Dadyan. “When we got to Stepanavan and applied to the municipality about land, they offered this 17 hectare location for a new forest.”

The reason ATP’s forests are planted in northern Armenia is because the Mirak Family Reforestation Nursery is located in the Lori region, and seedlings do best if planted in a similar environment to where they originated.

The Sose and Allen Forest was planted as a living memorial for the young couple Sose Thomassian and Allen Yekikian, who died in an auto accident in 2013. Their friends and family crowdfunded to support this project with ATP, and many of their friends were present at the first plantings in 2014.

The site is a prominent hillside in Stepanavan where there is an ancient cross-stone that is often visited by local people, so it has a high recreation value. The local community only has one public park and this area will allow people to enjoy the shade of these new trees. The location is grassland so it has been used for livestock grazing. Luckily the area was only partially impacted by erosion which is common in hilly areas with low tree cover, so the soil is suitable for a new forest.

“The Sose and Allen Memorial Forest improves the ecology of the area overall,” noted Mr Dadyan. “Eventually, the public will be able to collect mushrooms that grow in the forest, and spend hot summer days there in the shade. It’s also worth noting that the local community is aware of the effects of climate change, and recognised the importance of forests as a solution to the problem.”

In order to identify and establish new forest areas, ATP’s experts meet with the local community and leadership to get their agreement on the use of a site. Consensus and cooperation is essential in order to ensure the sustainability of the planting over time. In the case of Stepanavan, ATP met with the community to communicate their plans, and the feedback was positive. This is also important because many sites require protection and long-term monitoring and maintenance. In order to protect the Sose and Allen Forest from damage and livestock grazing, the area was fenced off before any plantings began. ATP’s experts examined the soil to determine which species of trees would survive and thrive in the new forest.

Mr Dadyan recalled the first year of establishing the site: “Two bus-loads of volunteers from Lori joined the planting. Another big bus came from Yerevan, including friends and family of Sose and Allen. We also created temporary jobs by hiring 50-60 people to help plant the trees.”

From 2014 to 2019, 73,589 trees were planted at the site including the following species: oak, ash, maple, pine, and wild apple. The survival rate is 60 per cent, which is higher than international average for a forestry planting.

As Armenia plans to double its forest cover by 2050, a site selection process such as that used in the example of ATP’s Sose and Allen Forest will be applied all over the country by every organisation involved in the reforestation effort. ATP’s experts will share their knowledge and recommendations based on its 25 years of experience. Careful site selection, enlisting support from the community, and providing ongoing care for the seedlings will result in healthy new forests and a more sustainable ecological future for Armenia.

Photo: The Sose and Allen Memorial Forest in Stepanavan was planted with a mix of tree species including ash (pictured), oak, maple, pine, and wild apple.

Why football fans are suddenly turning their attention to Belarus
Has social distancing left you with nothing to do? Then try these films and TV shows from across the CEE region
Comment