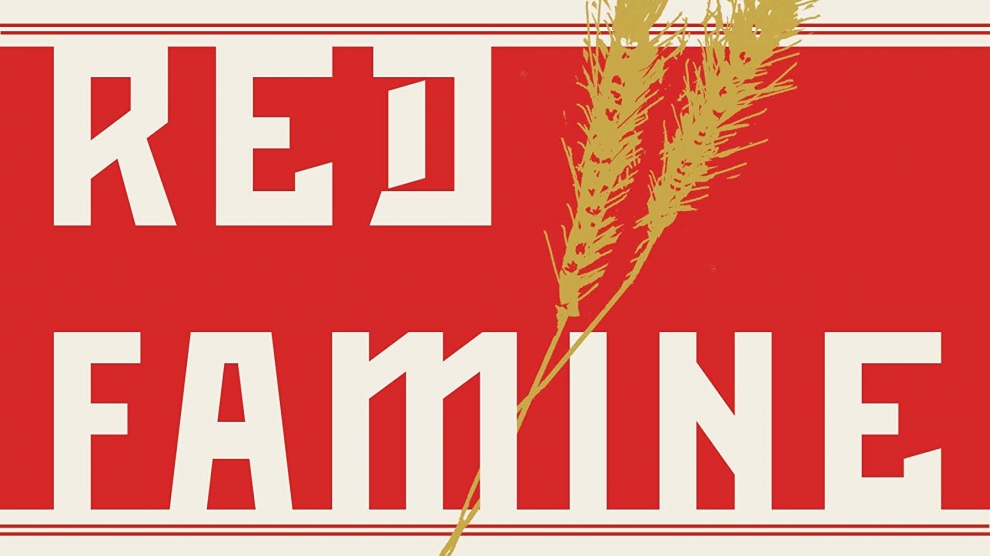 To understand modern Ukraine it’s worth learning about its past. Red Famine, Anne Applebaum’s magnificent book about the Holodomor, is as good a place as any to start.

From 1932-33, four and a half million Ukrainians died of starvation, having been deliberately deprived of food by the Soviet Union. It is one of the most devastating episodes in the history of the 20th century and yet at the time it largely went unreported (the work of Gareth Jones, a young Welsh journalist, notwithstanding) and yet to this day neither the Soviet Union nor Russia has acknowledged responsibility.

Man-made famine, usually a consequence of poor government or economic mismanagement is not uncommon in history. It is only relatively recently that the world has by and large managed to escape its unforgiving clutches.

What makes the famine in Ukraine so uniquely appalling is that while it was beget by the disastrous Soviet agricultural policies of the late 1920s, it later became a potent political weapon to be used against the people of Ukraine.

It was genocide, and in Red Famine: Stalin’s War on Ukraine, Anne Applebaum is not shy to say as much. Indeed, until the Holocaust, the famine was the largest act of mass killing in Europe in the 20th century.

Human suffering at its most acute

Soviet Ukraine’s harvest of 1932 was far worse than expected, and yet requisition targets had been set in anticipation of a better harvest than usual.

The Ukrainian branch of the Soviet Communist party attempted to explain to the central authorities in Moscow that fulfilling those targets would leave vast areas of the country without any food at all, and lead to mass starvation.

The Kremlin wanted grain to fuel the industrialisation of Russian cities. The Ukrainian party was denounced as chauvinist, and hundreds of thousands of its members arrested, sent to the gulag or simply executed.

Those who were shot could be considered the lucky ones, for the end was quick. Applebaum relates stories of anthropophagi kidnapping children, of entire families wandering from village to village in search of anything to eat until they gave up and simply lie down to die. Human suffering at its most acute, all told in prose that while superbly detailed is never overly lurid, sensationalist or grotesque.

Applebaum is a historian, a quite brilliant writer probably best known for Gulag, and is never afraid to point the blame at those who her impeccable research demonstrate as being the guilty: in this case a Soviet leadership which wanted to kill the very idea of Ukraine, to bury it alongside the millions who died.

Applebaum began writing this remarkable book (published in 2018) long before Russia began its current build up of troops on the Ukrainian border, threatening a new invasion.

But given that the book reminds us how Stalin wanted to eliminate Ukraine because he feared that it could undermine his own rule, it feels eerily relevant to the present.

As Applebaum said herself in a radio interview in October 2017, there are many similarities to the way in which Vladimir Putin views Ukraine. He sees any Ukraine that is pro-democracy, any Ukraine which is close to Europe politically and economically, as a challenge to his political system.

The present has never felt more like the past.