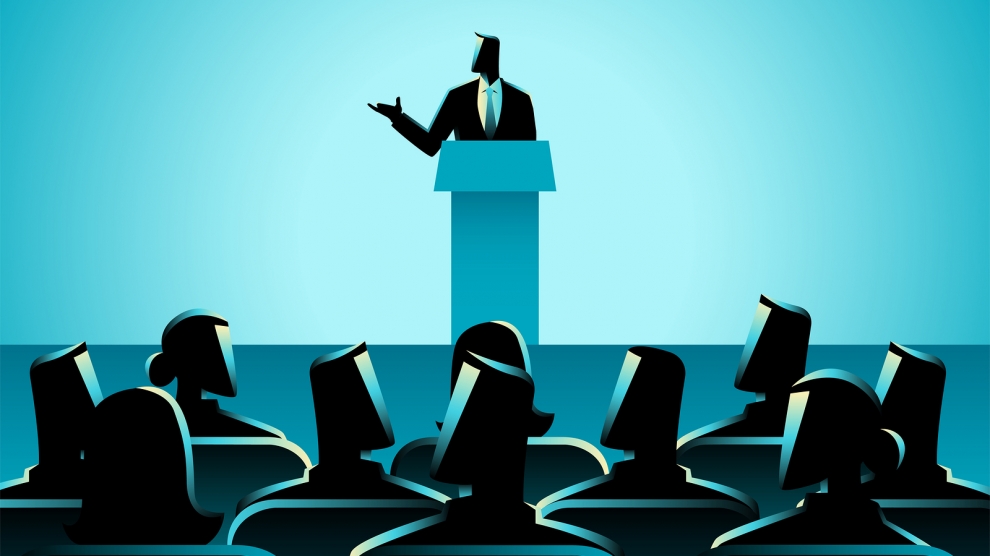 Emerging Europe’s editor Craig Turp speaks to Michał Rusinek, the co-author of a new book, Good Change, Or How to Govern the World With Words, which examines how Poland’s ruling Law and Justice party is using language and rhetoric to distort facts, deform reality and exclude sections of Polish society.

“Back in December 2016 I asked my friends to send me examples of words that were being used in what we might call their non-traditional sense. Words which had once had negative connotations but were now seen as positive. This is what is meant by words of good change,” Michał Rusinek, a Polish literary scholar, translator and writer, tells Emerging Europe.

In a world that forgets the original meaning of these words, failure can become success, progress can be reactionary. And politicians are aware of the power these so-called words of good change can have.

It is the ease with which we forget the original meaning that Rusinek believes is a real problem.

“We stop paying attention to them,” he says. “That’s why I felt that it was important to keep track of them. I am not a specialist in political language but I convinced my friend, a linguist from the University of Warsaw, professor Katarzyna Kłosińska, to write some sort of a dictionary of these words. In fact, I was surprised that nobody else had had such an idea. It is sad: I think such a phenomenon deserves not only an analytical approach, but constant survey by a research team of scholars. We need to keep the Polish people aware of what is happening to our language.”

Poland’s ruling Law and Justice party (PiS) has proven itself to be skillfully adept at using language to create what Rusinek calls a linguistic image of a non-existent world, based on fears and frustrations. This, he says, is quite deliberate.

“The main rhetorical approach on which this image is built is antithesis. We still remember this approach from communist times when our world was strictly split between us and them – there was no other option. In 1989 this was replaced by the more democratic approach of enumeration: there were no divisions anymore, we were supposed to take responsibility for the country and govern it in a liberal, democratic way. To make choices and take responsibility for them. To forget the past or have a critical approach to it. To draw conclusions from it.”

Not everyone, however, embraced the new approach.

“Not everyone was happy with the new version of Poland,” Rusinek tells me. “People blamed the liberal governments for their poverty and personal defeats. Right-wing politicians warmed to such emotions and frustration. They tried to convince us that we live under a constant threat, that the European Union is a new, western version of the Soviet Union, that immigrants are a threat to our traditional values. And they made up a language to do it. Language – again – based on antithesis.”

One example of this language is the creation in certain parts of Poland of what have been dubbed ‘zones free of LGBT ideology.’ Here, there is no mention of exclusion in the language: indeed, the word free is prominent, suggesting freedom, something good, when in fact the aim is to exclude a section of society.

“These words of good change have infected our everyday language and our thinking,” says Rusinek, who feels that getting rid of them will be very difficult. “It is easier than the language of democracy. It has made us lazy: instead of providing us with information and then making us judge this information, it provides us with information that has already been judged. A change in language education will be needed to combat this. But it will be a long process, I am afraid.”

Rusinek is the former secretary of Wisława Szymborska, the celebrated Polish poet, essayist, translator and recipient of the 1996 Nobel Prize for Literature, who died in 2012.

“I think poets have a very special awareness of language and a very sensitive attitude to it,” says Rusinek of his mentor. “Wisława Szymborska had it not only in her poetry, but also in her everyday language. She kind of taught it to all her friends, to everyone who had an opportunity to meet her and read her poetry carefully. I was lucky to be one of them.”

Rusinek and Katarzyna Kłosińska’s book at least represents a starting point on the long road towards bringing an end to the abuse of language, something that Wisława Szymborska would no doubt have approved.

“I hope in the future that the book will be a l’aide-memoir of what can one do, how one can spoil a language. So far there has not been any response from those in power. We are still waiting.”