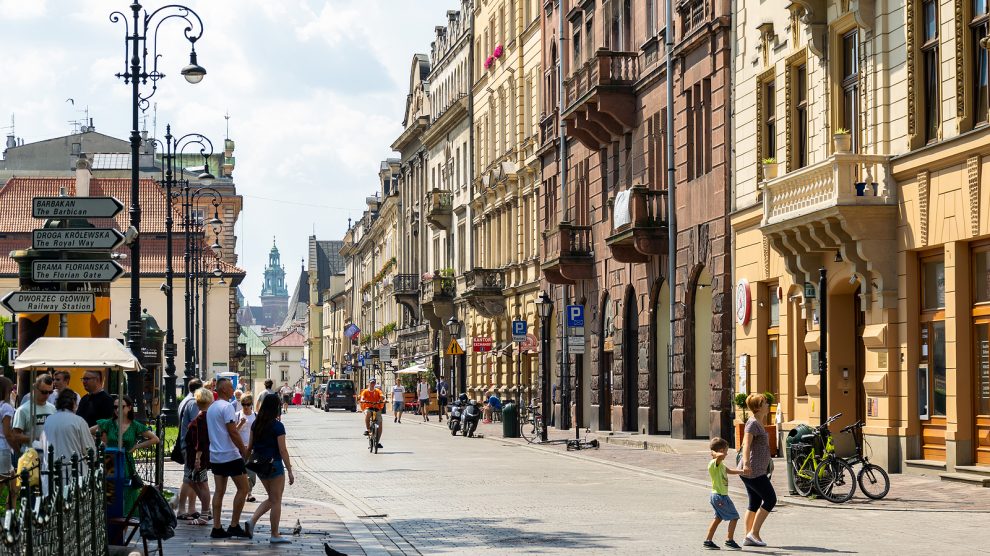 Remote working – already a trend long before the Covid-19 pandemic – is here to stay.

The number of people eschewing the office in favour of working from home is growing, and furthermore, those homes are increasingly in foreign countries as people combine work with their love for travel.

A recent survey in the UK found that as many as 26 per cent of Brits plan on working remotely even after the pandemic finally comes to an end.

But where should these new legions of remote workers, often referred to as digital nomads, base themselves?

Research by Ovo Network, a technology-driven marketing and booking platform for a network of hand picked boutique vacation rentals, has found that eight of the top 10 cities in Europe for digital nomads are in Central and Eastern Europe.

The research is based on some of the biggest factors people consider when working remotely, such as WiFi speeds, as well as the cost of co-working space and accommodation.

Kraków, Poland, is Europe’s best city for remote workers to work from. The city has WiFi speeds which eclipse European averages by 23 per cent and UK averages by 37 per cent, meaning that people can stay connected easier despite being hundreds of miles away.

In fact, four of the top eight cities in Europe for digital workers are in Poland. Łódź (fourth), Poznań (seventh) and Warsaw (8th) all follow Kraków in the rankings.

All of these cities are incredibly safe for new arrivals and have some of the quickest WiFi in Europe. Co-working space and temporary accommodation prices are around 50 UK pounds and 400 UK pounds cheaper respectively.

Another winner from emerging Europe is North Macedonia. Skopje has been named the best city with a mountain backdrop for remote workers.

The capital city – which boasts the perfect Zoom background – has incredibly cheap co-working space at 60 UK pounds a month and WiFi speeds which beat the UK average.

When you read that a Romanian city makes the list you’d probably think Bucharest, but in this case you would be wrong. Timișoara in the west of Romania is named as the best city in Romania and the third best city in Europe for remote workers.

Avoiding the capital city bustle, Timișoara offers a range of perfectly affordable amenities like co-working space and transport passes. Natives are also good with their English so settling in should be no problem for people all around the world.

Timisoara is also one of the safest cities in Europe.

Ukraine is another country where multiple cities feature in the top 10. Kharkiv ranks fifth and Lviv ranks in sixth place.

Average rent prices in these cities, around 350 euros, are 600 euros cheaper than the European average – making it a great place for nomads to live and save at the same time. Monthly transport passes are also the cheapest in Europe, at around six euros for a month.

Combine this amazing cost of living with a plethora of attractions and fast WiFi and you could claim that Ukraine houses the hidden gems in remote working hotspots.

Croatia is home to the real hidden beach gem. Rijeka is named as the 10th best sea front city in Europe for remote workers.

The to-die-for beaches, architecture and setting should make Rijeka one of the most popular tourist destinations in Europe. Is there a more creative environment for a remote worker to log on and done some work in? Probably not.

What’s more, Rijeka is not only one of the safest cities in emerging Europe but rental costs are half that of Europe’s average and co-working space is just 37 euros per month.