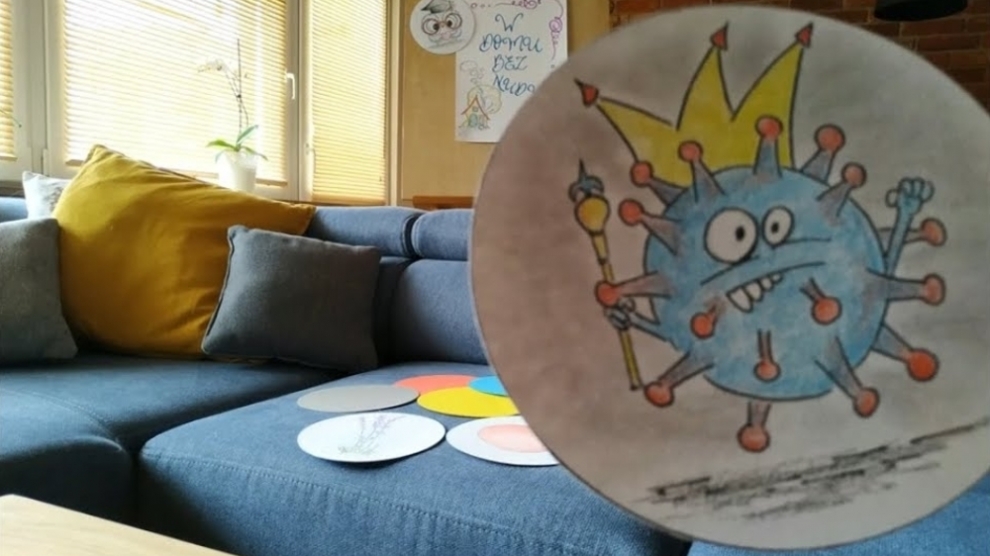 While most adults across the world understand the gravity of the current situation, the implications of Covid-19 and the need to stay at home can often prove to be difficult to explain to children.

Dorota Bródka, however, seems to have found the way a creative way to do it.

The Polish-born psychologist and psychotherapist originally wrote a fairy tale about coronavirus in order to make it easier for one of her friend’s children to understand the issues surrounding the disease. It has since become a nationwide hit, read in thousands of Polish homes.

Called The Fairy Tale About the Evil King Virus and Good Quarantine, the tale tells the story of kingdoms that were living in happy coexistence until one day they are suddenly attacked by King Virus. Everywhere this king goes, inhabitants of the land lose colour and become grey (that is, they become sick) until he is finally confronted by the King and Queen of the Kingdom of the Scented Apple.

Together with their allies – the rulers of the lands of the Red Tomato and the Forest Mushroom, they build a wall to stop the evil king – and surround it with a quarantine.

Speaking to Polish daily Gazeta Wyborcza, Ms Bródka said that she has been working with children for sometime, but she had never imagined herself writing stories for them. Clearly, she was more than capable of rising to the challenge, as her fairy tale went viral in Poland, becoming essential comfort reading.

According to her, the unexpected popularity of her work demonstrates that at a time like this, “we all need a fairy tale in our lives, possibly to embrace our inner child.”

“I did not want this content to be such an adult softening of reality, speaking nice words. I wondered what message would reach children, help in taming fears, allow for a joint conversation, could be a bridge to be used in conversation with a child. That is why in several places I leave a place for children to say something, exchange ideas and talk to adults,” she says, adding that it is important to instill habits, such as the frequent washing of hands, which will remain in place after the epidemic.

Discussing how to include the coronavirus in the story, she said it was important to use colours because it is an important element for children: they stop the story, grab their pencil and want to change something.

Over the past week, Ms Bródka has received a number of requests from pre-school educators, primary school teachers and librarians for permission to use her work. She also hopes that the fairy tale will be available in kindergartens and hospitals.

The Fairy Tale about the evil King Virus and Good Quarantine can be downloaded from Ms Bródka’s blog and watched on YouTube.

According to the author, an English-language version is set to appear in the coming days.