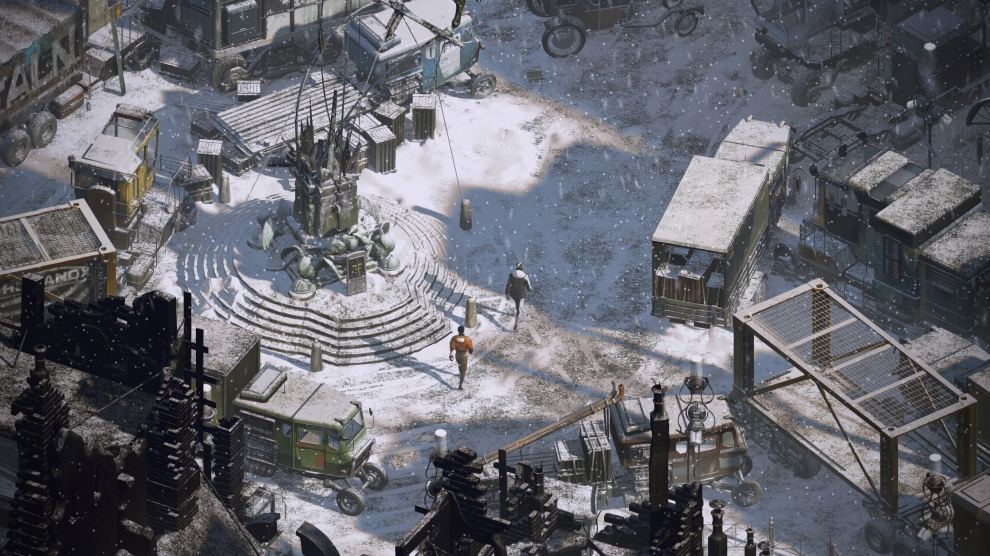 Here at Emerging Europe we have already pointed you in the direction of some great films and TV shows from the region you should binge on during the coronavirus lockdown, as well as highlight some music that might help ease the stress of all this time we are spending at home.

This weekend we move on to a much newer and far more interactive art form: it’s time to play some video games.

This selection of titles from the emerging Europe region focuses on independently-produced fare, so get ready for your gaming life to become a lot more brainy and weird, thanks to these creative developers.

Unbeknownst to many, emerging Europe has a vibrant and experimental independent game development scene. Here are some of our top picks, most of which can be played on PCs, Macs, and latest-generation consoles.

From Serbia comes a blast from the past in the form of UnderRail, a hardcore turn-based roleplay game that will satisfy all fans of such classic offerings as Fallout, Icewind Dale, and Arcanum.

Eschewing a fantasy setting for a more gritty and grounded post-apocalypse, the game will see players talking but also blasting their way through a metro system which is now all that is left of civilisation.

To help with this there is an intricate system of character customisation and progression that gives a large degree of freedom in how to approach various scenarios within the game.

Officially released in 2015 after several years of early-access, the game has met with positive reviews.

Critics have praised the game’s retro sensibilities and deep gameplay while expressing slightly negative opinions on the obsolete graphical style.

Don’t let that faze you. For those brave enough to plunge into an unforgiving world there is a rewarding experience that most contemporary games simply can’t match.

UnderRail is available on Steam and GOG.com.

The Vanishing of Ethan Carter (The Astronauts, Poland)

Now it’s time to exit the grimy metro and travel to a foreboding small town in Wisconsin.

Here, the player takes on the role of Paul Prospero, a paranormal detective summoned to the town by the eponymous Ethan Carter to solve a string of shocking murders that has befallen his family.

In order to do so, he will use his paranormal abilities to solve puzzles which ultimately reveal the grizzly fates of the Carter family.

The central mechanic of the game is its completely open world which lets players explore at their leisure.

With minimal hand-holding and explanations, it’s up to you to figure out the story that’s scattered in letters and flashbacks.

And once all the secret challenges are met, the true nature of what’s been going on will be revealed.

At the time of the game’s release in 2014 it was praised for its scenic visuals, an intriguing story and a sense of mystery and danger. It also received the BAFTA for Best Game Innovation in 2015.

The Vanishing of Ethan Carter is available on Steam, GOG.com, PlayStation 4, Xbox One, and Nintendo Switch.

Continuing the brainy and mysterious theme is The Talos Principle from the seasoned Croatian developer Croteam.

Famous for its series of camp but extremely violent and bloody action games, Serious Sam, the team decided to go in a different direction with this one.

The Talos Principle casts the player in the role of a robot who must navigate a series of challenging environments in order to be set free.

In these interlocking and twisting surroundings, the robot protagonist will find dangerous gun turrets, lasers, and force fields.

But there is no traditional combat here. Instead, a limited number of portable jamming units (which can disable any of the threats) must be placed strategically in order to allow unimpeded traversal to the next objective.

Without spoiling anything, note that the main entity instructing the player is called Elohim, and go from there.

The Talos Principle has received universal acclaim and holds a Metacritic score of 85.

The Talos Principle is available on Steam, PlayStation 4, Xbox One, Nintendo Switch, Android, iOS, and Linux. A version of the game is also available for virtual reality headsets via SteamVR.

This is the Police 2 (Weappy Studio, Belarus)

Billed as a noir drama, players will take the role of Lilly Reed, a young female sheriff.

Her first command assignment takes her to Sharpwood, a backwater town full of crime, smuggling, poverty and violence.

Will she manage to keep order with limited resources and a force of men who don’t take kindly to taking orders from a woman?

It’s all up to you to decide in a unique choose-you-own-adventure visual novel system that is paired up with a resource management simulation and a turn-based tactical strategy.

There’s a lot more than meets the eye here including conspiracies to uncover and some very pointed jabs at the realities of police work in the 21st century.

This is the Police is available on Steam, GOG.com, PlayStation 4, Xbox One, and Nintendo Switch.

In Disco Elysium you will play an amnesiac cop in a noir-ish setting. Your mission is to solve a murder and also figure out who you are.

So far, so pedestrian. You’ve played games, seen movies, and read books like this before.

Except, you really haven’t.

Disco Elysium, from the minds of the Estonian developers ZA/UM, is unlike anything else out there.

This is due to how to game’s systems present the plot and the events. There is no combat here whatsoever, and no standard puzzles typical for the adventure game genre.

Instead, everything is determined via dialogue and dice rolls. The way you build your protagonist determines what will happen and how the game will play out.

“Become a hero or an absolute disaster of a human being,” the game’s website proudly states.

All this results in reams and reams of text for the player to read. And in an lesser game, that would be a boring slog. But when the writing is witty, smart, and incisive, reading along is a joy.

Further complicating the gameplay is the Thought Cabinet system. As the player speaks with other people, certain ideas are unlocked. They can then be internalised in order to provide a stats boost, but there are also detrimental effects.

The ideas range from political systems like communism and liberalism to more specific concepts like indirect modes of taxation and feminism. What’s more, conflicting thoughts will sometimes argue with each other during various encounters, leading to some very humorous situations.

With so much variety and alternative ways of solving things, no two plays of the game are alike.

And then there’s the setting. The city of Revachol, in what can be described as an alternate-universe Eastern Europe was once the site of a communist revolution but now it’s filthy, poor, crime-ridden, and under the protectorate of a foreign power.

Disco Elysium has received nearly universal critical acclaim and won the Fresh Indie Game Award at The Game Awards. During their acceptance speech the developers shocked many (but delighted some) by giving a shout out to Karl Marx and Friedrich Engels.

The game is provocative, smart, and great fun to play.

Disco Elysium is currently available on Steam and GOG.com with a PlayStation 4 and Xbox One release slated for later this year.

Explaining life in quarantine to children: The Polish way
Portraits of the quarantine
Comment