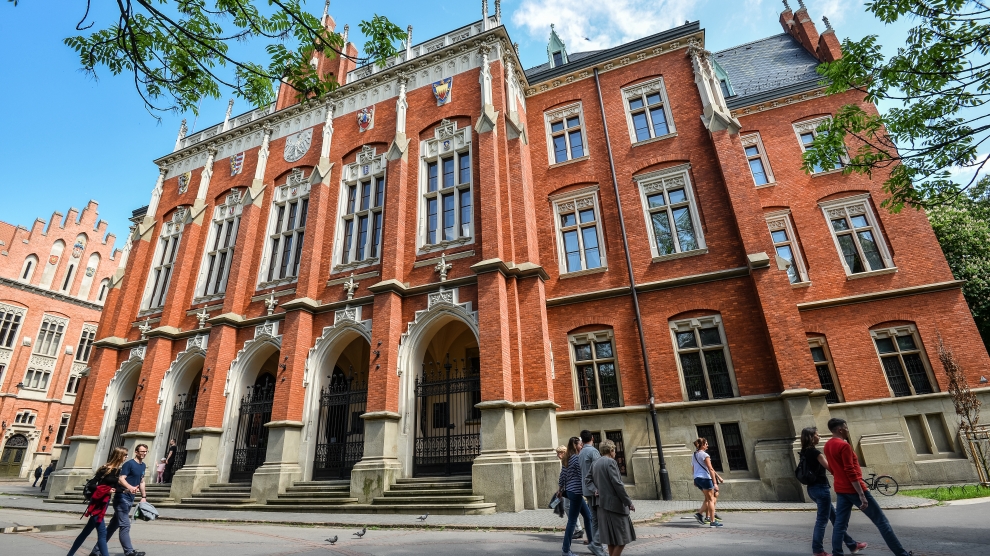 In October 2013, Kraków had the honour of being the first city in continental Europe to be awarded the title of City of Literature by UNESCO. This marked the official recognition of the city as one of the most culturally and artistically prolific in Europe, endowed with a rich history of literary accomplishment.

Kraków was, after all, the first European city to see the opening of a bookstore within its defensive walls, the beginning of five centuries of great cultural ferment. It is home to well-known international literary events, such as the Conrad and the Milosz festivals, held in March and October respectively.

Nevertheless, the literary atmosphere of Kraków can truly be experienced only by getting lost in some if its culture-rich bookshops. Walking the streets that surround the city’s Old Town Square, Rynek Główny, it is not uncommon to find independent bookstores offering shelter to those looking for freshly brewed coffee, immersed in an ambience particularly suitable for reading and writing.

It therefore comes as little surprise to discover that Kraków has been home to many famous writers, especially in the last century. Among them, there are two authors who stand out for their achievements, namely Czesław Miłosz and, more recently, Wisława Szymborska, both awarded the Nobel Prize for Literature.

Born in 1923, Szymborska and her family moved to Kraków in 1931. She would remain for the rest of her life. She studied literature and sociology at the Jagiellonian University and became a fixture of the city’s vibrant literary scene, where she crossed paths with Milosz, a decade older. In 1948 she married another poet, Adam Włodek, but the marriage did not last. The pair divorced in 1954.

After being awarded the Nobel prize in 1996, Szymborska became one of the world’s best-known poets, despite her body of work comprising fewer than 250 poems. Less, can indeed, be more.

Her language, despite being centred around simplicity, is able to address the underlying complexities of reality by adopting an unusual perspective. It also conveys the struggle of the poet with the communist regime and 20th century Poland, eventually resulting in a poignant depiction of the struggle for participation in civil society.

As Szymborska herself put it in In Praise of Dreams:

I am but I need not
be a child of my time.

Perfectly complying with Szymborska’s passion for the “ordinary life” and the “ordinary course of events”, you can encounter various buildings and places in Kraków that she frequented. Her impact on the city is much the same as the city’s impact on her poetry: persistent, yet amalgamated with the surrounding elements with a touch of unique lightness and irony.

The first place to explore the relationship between Poland’s Grand Dame of Poetry and the city is Szołayski House. A branch of the National Museum it puts on diverse exhibitions often featuring pre-World War II, avant-garde Polish artists. It has also collaborated with the Wisława Szymborska Foundation in order to create a small permanent exhibition in her honour, which can be found on the ground floor.

The exhibition, called Szymborska’s Drawer, is “neither a reconstruction of her flat, nor a memorial chamber, but rather an interior arranged in the somewhat surreal spirit so dear to the poet’s heart,” says the director of the National Museum in Kraków, Zofia Golubiew.

“It is a kind of stage set, a three-dimensional collage, in which the poet’s belongings are juxtaposed with quotations from her work and photographs of people, places and things, leading the viewer into her private world of poetic imagination and intellectual inspiration.”

At the Collegium Maius at the Jagiellonian University there are guided tours of Szymborska’s college environment. Now a museum, the Collegium Maius – the university’s oldest building -boasts bold Gothic architecture, with lecture halls and refectories full of stunning late-medieval flourishes. Walking around the refectory and the lecture halls, it’s easy to become immersed in the cultural vibrancy of the university’s intellectual past. Szymborska’s Nobel prize takes pride of place.

Finally, for the most nostalgic admirers of literary Kraków, it is possible to visit her grave in the Rakowicki Cemetery. Simple yet moving and beautiful, as was much of her poetry, the grave is often covered with flowers and messages from her dearest readers.

Kraków has been, and remains, one of the cradles of Central European literature. Its unique atmosphere and literary environment create a vibrant yet introspective city, which can be fully experienced only by getting lost in its maze of streets that begat so many great literary careers.

Szymborska’s was not the least of them.

Dreams of a Great Small Nation: The story of the Czechoslovak Legion
Trees of Friendship in the Western Balkans
Comment