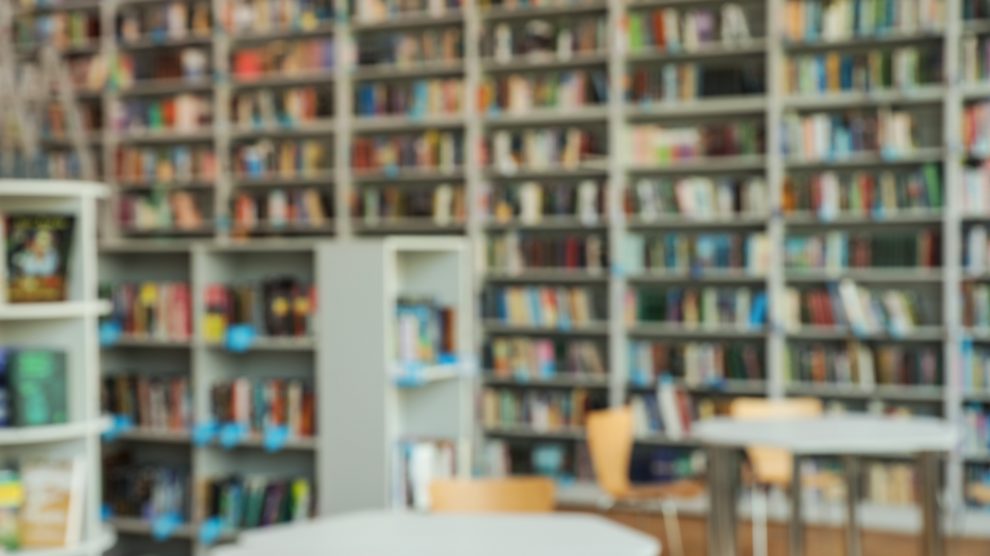 Just in time for your Christmas shopping, we highlight six Nobel Prize winning authors (and six essential books – one by each author) from emerging Europe.

Here’s a scenario we’re all familiar with. It’s evening, we’re at home, and we’re absentmindedly scrolling through Netflix, Amazon Prime or HBO Go, looking for something to watch. But there doesn’t seem to be anything, and we’ve already exhausted the excellent lists of TV shows and films from our favourite region — emerging Europe.

Time then, for a book. And fortunately, the emerging Europe region doesn’t just offer excellent cinematic experiences. Emerging Europe is also home to some wonderful writers and poets. So much so, not a few of them have won the Nobel Prize for Literature.

So, here they are now, the six Nobel laureates from emerging Europe, and each with a book you absolutely must read before the year is out.

It only makes sense to start at the beginning, with Henryk Sienkiewicz, the Polish journalist and novelist who originally rose to fame by writing travelogues from his journeys through the United States in the 1870s.

Following his return to Poland, Sienkiewicz began publishing serialised novels (as was the practice at that time in the literary world), many of which remain in print today. In his native Poland, he is known best for his trilogy of historical novels set in the 17th Polish-Lithuanian Commonwealth — With Fire and Sword, The Deluge, and Sir Micheal.

Internationally, however, Sienkiewicz remains best known for Quo Vadis, a historical novel set in Rome during the times of Emperor Nero.

Why read it today? Because even through it was published back in 1896, Quo Vadis remains one of the best stories set in Roman times, a historical period equally captivating today as it was a century ago.

In some respects, Quo Vadis represents the beginning of the modern treatment of the Roman era, which would later produce Marguerite Yourcenar’s Memoirs of Hadrian as well as a glut of movies, TV shows, and video games.

For his work, and in large part thanks to the international success of Quo Vadis, Sienkiewicz was awarded the Nobel Prize in Literature in 1905.

Ivo Andrić and The Bridge on the Drina

Any list of Nobel laureates would not be complete without Ivo Andrić, who won the award in 1961 “for the epic force with which he has traced themes and depicted human destinies drawn from the history of his country,” as it says on the Prize’s official website.

Andrić’s most popular novel by far is The Bridge on the Drina, an epic novel in every sense of the word, whose plot spans roughly four centuries. The titular bridge is the Mehmed-paša Sokolović bridge in Višegrad, built during the time Sokolović was the Grand Vizier.

The bridge and the town stand as the main characters in the book, as the lives of ordinary people play out over the years. The novel ends with the assassination of Archduke Franz Ferdinand. During World War I, the bridge was partially destroyed, later restored. Today it is a UNESCO World Heritage Site.

The Bridge on the Drina remains Andrić’s most-read work, and for readers outside of the region it offers an unparalleled look into the history of an often overlooked region.

Those who love novels which are hard to classify will also enjoy the narrative and stylistic uniqueness on offer, as The Bridge on the Drina is without a main character or an overarching narrative.

In 1996, Wisława Szymborska won the Nobel Prize “for poetry that with ironic precision allows the historical and biological context to come to light in fragments of human reality.” This was when Szymborska became internationally known, but in her native Poland, the sales volumes of her poetry rivaled those of prose authors.

Even though her body of work is less than prolific, about 350 poems, which she credited to owning a trash can in her home, Szymborska is one of Poland’s most celebrated poets.

Early in her work, she observed the Communist party line, before eventually growing disillusioned and coming into contact with dissidents.

Her poetry uses ironic precision to juxtapose the mundane and everyday with big historical events.

“After every war, Someone has to tidy up,” she wrote.

Today, English readers should seek out the 2015 MAP: Collected and Last Poems collection of her poems, some of which have been translated for the first time into English.

When you’re about to read a book from an author who has called Steven Spielberg’s Schindler’s List “kitsch,” you know you’re in for something interesting.

“I regard as kitsch any representation of the Holocaust that is incapable of understanding or unwilling to understand the organic connection between our own deformed mode of life and the very possibility of the Holocaust,” said Kertész.

In his own work, the Holocaust is the principal subject matter, as in Fatelessness, a novel told from the point of view of fifteen-year-old Hungarian Jew György “Gyuri” Köves. From living in Budapest during the Nazi occupation, the novel chronicles Gyuri’s observations as he moves from the concentration camps of Auschwitz to Buchenwald and then Zeitz.

Some critics have noticed a parallel between Kertész’s novel and Franz Kafka’s The Trial, as both tell stories of innocent protagonists caught in maddeningly inhumane systems from which they can’t escape.

Svetlana Alexievich and Boys in Zinc

In 2015, Svetlana Alexievich became the first Belarusian writer to receive the Nobel Prize in Literature, for her work as a journalist, oral historian, and essayist.

Alexievich is best known for her work concerning Soviet and post-Soviet history, the Soviet-Afghan War, and the Chernobyl disaster. Her books are constructed from testimonies of actual people who lived through the events described carefully arranged into oral histories that reveal previously untold stores, such as the experiences of women and children during World War II.

Her early work regarding the war was well received in her native Belarus. War’s Unwomanly Face, a collection of monologues of women in the war, proved very popular with more than two million copies being sold in the five years from the book’s 1985 publication.

However, her book about the fallen soldiers of the Soviet-Afghan War, Boys in Zinc (named so for the zinc coffins in which the dead soldiers were sent back home) proved enormously controversial and she was accused of defamation and desecration of the soldiers’ honour.

Having eventually returned, Alexievich is now in exile again, having decided to leave Belarus following the unrest that has followed August’s disputed presidential election.

Polish writer, activist, and public intellectual Olga Tokarczuk is no stranger to awards. For her novels she was won the Nike Award (the most prestigious literary award in Poland), the Man Booker Prize, and finally in 2019 the Nobel Prize in Literature.

Noted for the mythical quality of her writing, she is one of the most critically acclaimed and commercially successful authors of her generation in Poland.

Flights, the novel for which she won the Man Booker Prize (the first time a Polish author had done so) is her best known work in English. It is a fragmentary novel, consisting of 116 short pieces dealing with “philosophical rumination on modern day travel.” The various vignettes are set between the 17th and 21st centuries.

Originally published as Bieguni (runners in Polish), the title refers to a sect of Old Believers who believe that being in constant motion is a way to avoid evil.

Read it for a glimpse into the world of travel and motion, which we all hope will eventually return to us after the pandemic is finally over.