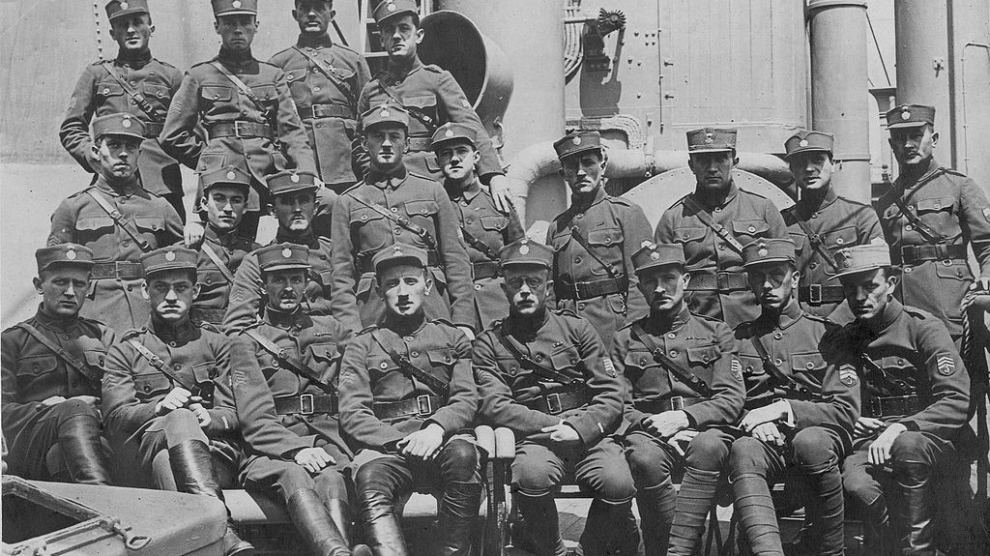 Recalling the exploits of the Czechoslovak Legion, Dreams of a Great Small Nation is a riveting narrative telling of a history long suppressed by Soviet authorities.

History has largely forgotten the Czechoslovak Legion, a volunteer army of Czechs and Slovaks who fought with the Allies in World War I with the broad aim of winning allied support at war’s end for the independence of Bohemia and Moravia from the Austrian Empire and of Slovak territories from the Kingdom of Hungary, which were then part of the Austro-Hungarian Empire.

With the help of émigré intellectuals and politicians such as the Czech Tomáš Garrigue Masaryk and the Slovak Milan Rastislav Štefánik, they grew into a force of over 100,000 strong. They fought with distinction in Russia against the Central Powers, winning key battles at Zborov and Bakhmach.

Dreams of a Great Small Nation tells the story of this army of émigrés, deserters, and, later, prisoners of war from the Austro-Hungarian Empire who were cast adrift inside Russia at the end of the war. After the October Revolution of 1917, they became heavily involved in the Russian Civil War, fighting against the Bolsheviks and at times controlling the entire Trans-Siberian railway and several major cities in Siberia.

Kevin J. McNamara first learned of the incredible exploits of the Czechoslovak Legion during a journey across eastern Siberia in 1993, shortly after the collapse of the Soviet Union. Traveling almost 2,000 miles on the Trans-Siberian Railway between Irkutsk and Khabarovsk, he happened upon the story of these legionnaires, who riveted the world’s attention in 1918 by nearly toppling the new regime in Moscow. 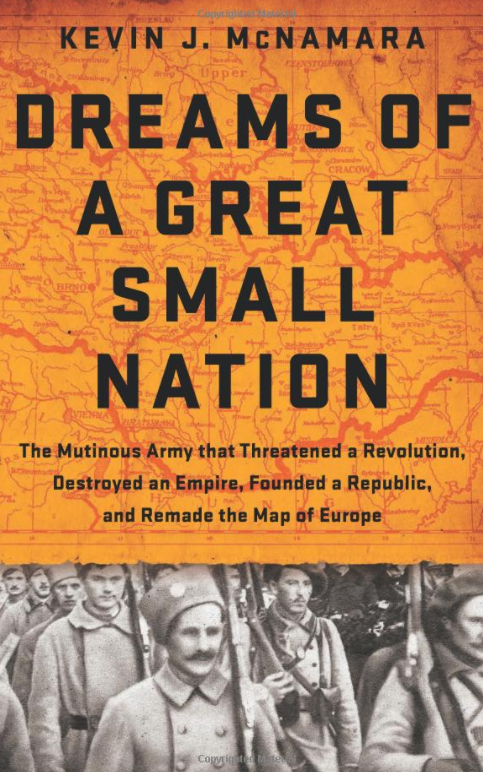 McNamara subsequently acquired and had translated more than 100 first-hand accounts by the very men who served in the Legion. These personal stories were published in Prague in the 1920s in five volumes called Cestami Odboje: Jak Zily A Kudy Tahly CS. Legie (The Road to Resistance: How the Czech Legion Lived and Fought), but such works were suppressed during the Nazi and Soviet conquests of Czechslovakia. No longer censored following the collapse of communist rule, these first-hand accounts have never before been rendered in English.

The result — Dreams of a Great Small Nation: The Mutinous Army that Threatened a Revolution, Destroyed an Empire, Founded a Republic, and Remade the Map of Europe – was first published in New York in 2016 and has just been translated into both Czech and Slovak editions (the Czech title is Velký Sen: Dvou Malých Národů. Československé legie v Rusku a vznik první republiky, the Slovak Veľký Sen: Dvoch Malých Národov. Česko-slovenské légie v Rusku a vznik prvej republiky).

A former journalist and bureau chief for Calkins Media Inc., and a former Capitol Hill aide to US Congressman R. Lawrence Coughlin, McNamara is an associate scholar of the Foreign Policy Research Institute, Philadelphia. He earned a BA in journalism and MA in international politics from Temple University, where he was a student of noted military historian Russell F. Weigley. He also earned a certificate in national security law from the University of Virginia’s School of Law.

The book is an enormously valuable addition to the history of World War I and the Russian Civil War, as well as the subsequent creation of the new states of Central Europe.

“McNamara’s work presents a vital first entry that opens the doors on this integral part of history and the shaping of the Soviet-influenced Eastern European political and social fabric,” wrote the Library Journal.

An epic of history

The Wall Street Journal was even more effusive in its praise: “An epic story unknown even to many World War I history buffs. With admirable energy [McNamara] has assembled the story by piecing together archival records and the memoirs of the gallant men who served in the rejuvenated Czech Legion during the fateful spring and summer of 1918. A fascinating narrative.”

British Prime Minister David Lloyd George called the adventure of the Czechoslovak Legion “one of the greatest epics of history,” and former US President Teddy Roosevelt declared that their accomplishments were “unparalleled, so far as I know, in ancient or modern warfare.”

In bringing their exploits to international attention in such a compelling way, Kevin J. McNamara has done them justice.