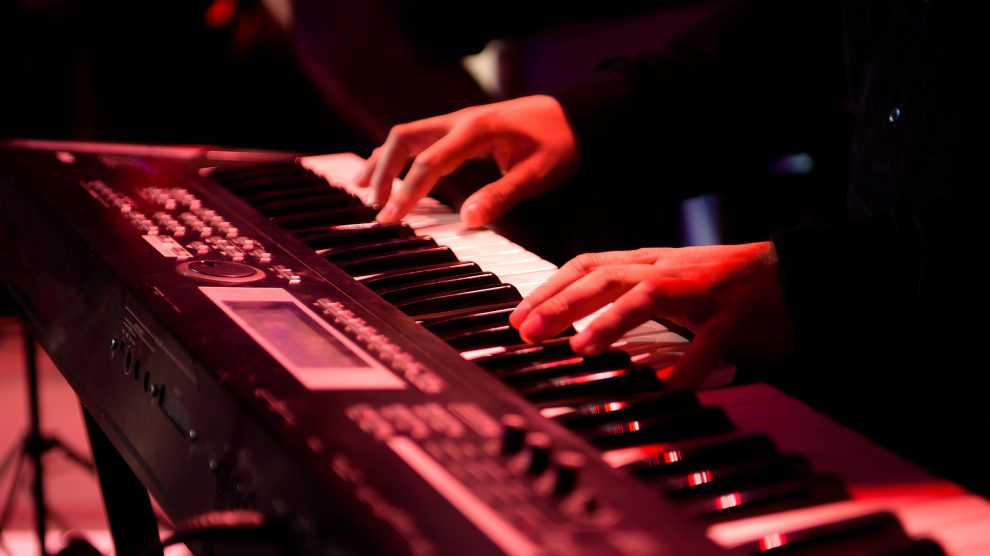 In the 1980s, before the emergence of turbo-folk — the syncretic music genre that would end up devouring the Western Balkans music scene — Yugoslavia was a place very much in tune with the rest of the world. As new wave, synth-pop and post punk emerged, musicians from Yugoslavia were getting in on the action too.

Here are the five best albums from the era, a must-hear for those interested in music from the region and those who enjoy more contemporary synth-pop and synth-wave bands such as Molchat Doma from Belarus and Ukraine’s Dlina Volny.

Zana is one of the most quintessential and the most enduring pop-rock bands hailing from Serbia. Formed in 1979, the band’s first few records are certified classics.

While the band has survived with various line-up changes over the years, fans and critics agree their best work comes before the departure of the original lead singer Zana Nimani in 1984.

Their 1982 album Dodirni mi kolena (Serbian for Touch my knees) is widely considered the best from the era. It’s a typical new wave record of the time, blending rock influences with the then-new possibilities afforded by synthesisers. Coupled with Nimani’s distinctive voice and assured delivery, it’s a breezy and fun album full of love songs that would become enduring hits for the band.

Notably, most of the songwriting duties fell on Marina Tucaković. Originally a band member, Tucaković stepped down by the time that Dodirni mi kolena was recorded, but remained the band’s lyricist. Tucaković would later go on to become the éminence grise of Serbian popular music, penning verses for rock, pop, and turbo-folk acts alike and defining a musical era for the country.

It’s precisely the excellent songwriting from Tucaković that elevates Dodirni mi kolena and it’s title track to the status of one of the best pop records to ever come from Yugoslavia.

Slovenian Videosex are more than just a provocative name (the name is no surprise, coming from Dejan Knez, member of the Ljubljana provocateurs Laibach).

Their 1984 debut remains a perennial classic of Yugoslav music, enjoyed today as much it was back when it was originally recorded.

During their brief career (they broke up in 1992), the band would put out three more LPs, but their debut remains their best-known and most-loved work.

When Bastion emerged on the Macedonian music scene in 1984 with their self-titled debut, they were quickly hailed by the music press as “Macedonia’s electropop sensation”.

The unique collaboration between singer and actress Ana Kostovska, composer and musician Kiril Džajkovski, bassist Ljubomir Stojsavljević and film director Milčo Mančevski would prove to be short lived as the band only made this one record.

Originally published by the state-owned label PGP-RTB, the album sadly went out of production quickly, making it for years one of the most sought after and precious records from the Western Balkan region. Luckily, it was brought back from obscurity by the London-based ACC records in 2018.

They called it “one of the freshest, most surprising records to have ever come out of Eastern Europe”. And they were right.

Bastion is the most artistically minded of the bunch, as the bubblegum pop combines with dark electronic landscapes in a way that sounds fresh even today.

Bastion’s self-titled album is available for purchase at Bandcamp.

If the previous entries on this list were bit poppy and breezy, that cannot be said of Beograd whose dark and downcast approach to synth-pop is inspired by the likes of Kraftwerk and Ultravox.

But the band itself proved short-lived, as it disbanded only months after the debut album with most of the members joining other new wave outfits of the time.

Despite only making one album (not counting the 2015 reformation Pola pola) Beograd made its mark on the Yugoslavian and Serbian music scene, influencing later new wave and synth-pop bands.

For fans of today’s synth-wave bands with a darker sound such as Molchat Doma, Beograd’s Remek depo will be a familiar sound.

Last but certainly not least is the Rijeka-founded electropop band Denis & Denis, by far the most commercially successful of the bunch.

Between 1984 and 1988, the duo – consisting of Davor Tolja and singer Marina Perazić – ruled the airwaves and charts, becoming a legitimate pop phenomenon in their native Croatia and throughout Yugoslavia.

But there is more depth to Denis & Denis than just glitzy production and sex appeal.

Over the course of three studio albums that were released before the duo parted, Denis & Denis developed a radio friendly but refined musical style that could stand toe-to-toe with what Western electropop acts were putting out.

In the process, they became pioneers of electronic music in the pop space becoming synonymous for the style to the mainstream audiences that were not frequenting the clubs where the likes of Beograd or Videosex would play.

Thanks to the high production values and innovative sound, Denis & Denis sound as engaging and fun today as they did nearly 30 years ago and are periodically rediscovered by new generations of electronic music fans in the region.

While Ja sam lažljiva might be the band’s best studio album, the best way to hear them today is through the 1995 compilation Program tvog kompjutera which is an all-killer no-filler selection from the band’s three album catalogue.

Sofia Pride: How and why Bulgaria legalised homosexuality in the 1960s
Euro 2020: What chances of a winner from Central and Eastern Europe?
Comment