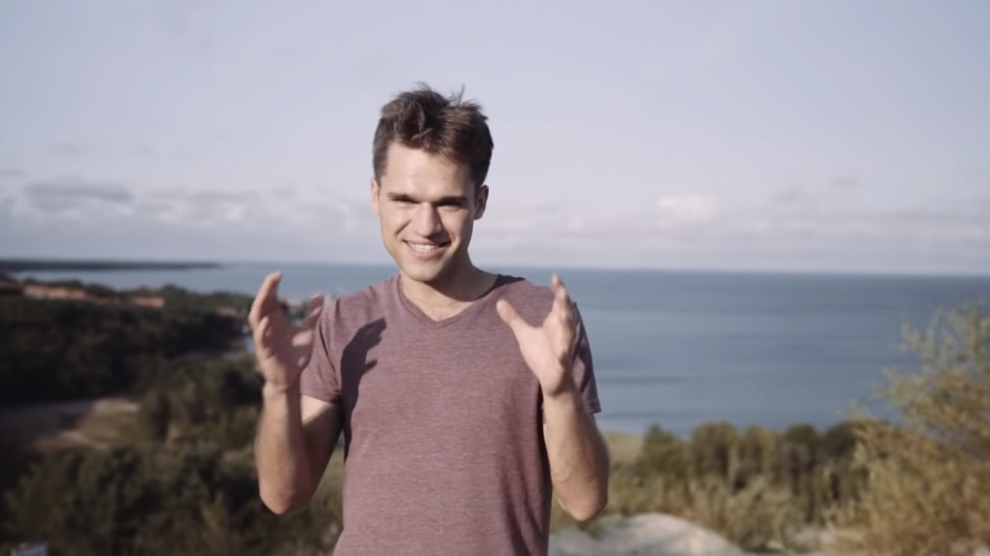 Filmmakers, musicians, authors, and other representatives of traditional media from emerging Europe have for years been well known around the world. Now, a generation of creators is making a name for itself, courtesy of their success on YouTube.

What’s more, an increasing number are making videos in English: not merely to showcase their own creativity, but also the region with it.

We pick some of the best.

Jacob Laukaitis has one of the better-known travel channels on YouTube. His videos from around the world have gained traction for their impressive editing and intriguing storytelling.  The videos he has made about Lithuania so far have been extremely well-received, as has his documentary about Uzbekistan and his series road-tripping through Bulgaria.

However, his most popular videos are not about emerging Europe but about his experiences in North Korea, which he visited in 2016 because of his desire to see a glimpse of life similar to that his parents and grandparents had to endure while Lithuania was part of the Soviet Union.

His video documenting the trip now has over 13 million views, but more recently, another video has gone viral in which he issues an apology for encouraging people to visit the dictatorship and for funding the regime by traveling there.

His comparison of My Life in North Korea vs South Korea now has over 19 million views and is one of the most viewed and shared videos on the topic.

The Kraków-based YouTuber Karolina Żebrowska has one of the best, if not the best, vintage fashion channels on the site. Some of her most popular videos are those showcasing realistic fashion trends from every decade of the past 100 years, such as Real Women – Beauty Through The Decades The Realistic Way, which has almost eight million views, and 100 Years of Beauty – Poland, which has more than two million views.

While her knowledge of European fashion history is impressive, what makes her channel stand out amongst others with similar content has to be her quirky sense of humour. Alongside her videos in which she discusses topics related to clothing from the past, such as How did Victorian Ladies Stay Warm in Winter? and OK, But What Did Poor People Wear?, she also makes many goofier videos, such as An 18th Century Lady Doing Unladylike Stuff in which she drinks beer and eats snacks at a park while wearing historically accurate 18th century clothing, and dressing up as Marie Skłodowska Curie and recreating a WIRED-style celebrity interview as the 19th century scientist.

Norbert Wierzbicki, known on YouTube as Ecolinguist, is a Polish language teacher whose motto is ‘connecting people through languages’.

A large proportion of his videos are dedicated to Polish and other Slavic languages, such as those exploring the constructed Interslavic language, artificially made up of vocabulary and grammatical rules that feature most commonly in each Slavic languages and as such understood by most Slavic language speakers.

However, his linguistics channel gained even more prominence when he began featuring comparisons between other languages and amongst other language groups, and with almost 1.5 million views his video Old English: Can American, Australian, and Non-Native English speaker understand it?’ is actually his most viewed.

PPPeter is another travel channel from emerging Europe that has attracted a wide audience – almost 650,000 subscribers – although its content is rather different than that of the average travel YouTuber.  While most try to showcase the most impressive and enviable aspects of their trips, this Bratislava-based video maker has made a name for himself doing the exact opposite.

PPetre first gained some traction with his The Worst Things about Slovakia and The Worst Things about the Czech Republic videos and later with his series visiting The Worst Reviewed Hotels and the The Worst Reviewed Restaurants in Eastern Europe. Each of his videos on the topic has over one million views and the series has inspired a large number of other creators from around the world to make similar videos exploring the worst-reviewed locations where they live.

However, as of recently, Peter has also started to redeem the region by going to The Best Reviewed Hotel and The Best Reviewed Restaurant in Eastern Europe. These videos are still primarily aiming to be humorous though, as they are centered around testing whether the positive reviews are well-deserved by acting as an overly-picky client and making outlandish requests.

The Life of Boris YouTube persona can be described as the human embodiment of the Squatting Slavs meme. Aside from his popular music video Slav King, which now has over 25 million views, some of his other popular videos include How to Slav Your Car, How to Squat Like a Slav and What is Gopnik?, each getting over five million views.

Somewhat ironically, the self-proclaimed Slav King is currently residing in Estonia. The YouTuber is said to have relocated to the Baltic state for a job in IT but decided to stay even after his channel went viral, now boasting 3.2 million subscribers.

The internet is full of speculation as to whether Boris is Belarusian, Russian, Ukrainian, or another Slavic nationality. It seems unlikely that he will reveal such information any time soon given that in his five years on YouTube he has not shown his face even once.

Perhaps his ambiguous Slavness only further strengthens his position as the Slav King of YouTube.