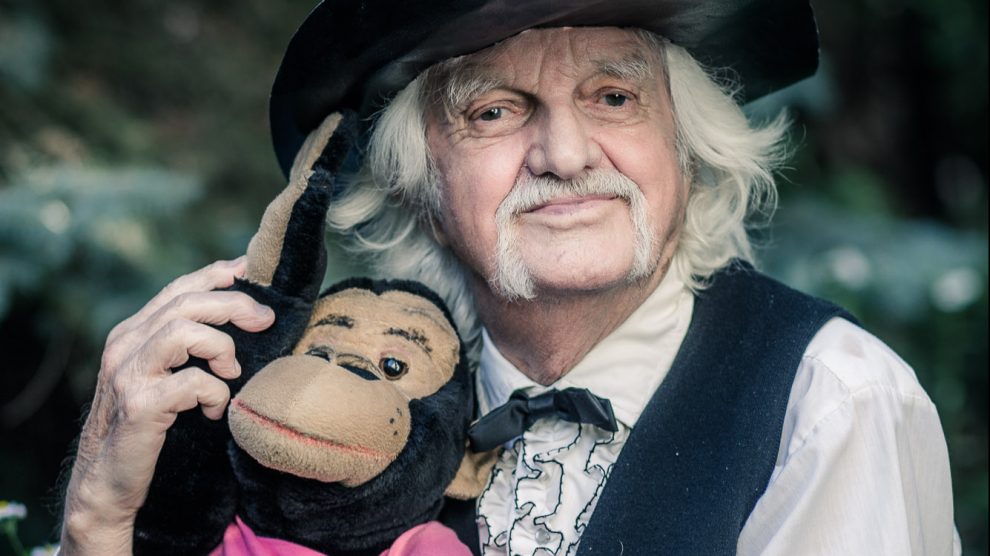 Loved by Poles for generations, the creator of Tytus, Romek i A’Tomek has passed away, leaving a rich comic book legacy.

“For the people of my generation, who grew up on his comics, an era is ending,” said the country’s president Andrzej Duda on Twitter.

It really is the end of an era for Polish comic book fans, who have for many decades enjoy the adventures of Tytus de Zoo, a talking chimpanzee who wanted nothing more than to become human.

In his adventures, Tytus was joined by two boy scouts, Romek and A’Tomek. The three characters would wind up doing everything from travelling through space to going through more down-to-earth scenarios such as Tytus learning how to drive a car.

First published in the 1960s in the magazine Świat Młodych (Youth’s World), the comic ran until 2009, when Chmielewski ceased working on regular editions, opting instead to occasionally publish new stories as special one-offs.

Over the years, Tytus, Romek i A’Tomek were something of a mirror to whatever was happening in Poland at the time. In the early years, a lot of the stories dealt with the themes of scouting (after all, Świat Młodych was always, at least nominally, dedicated to the pursuit) and community service. 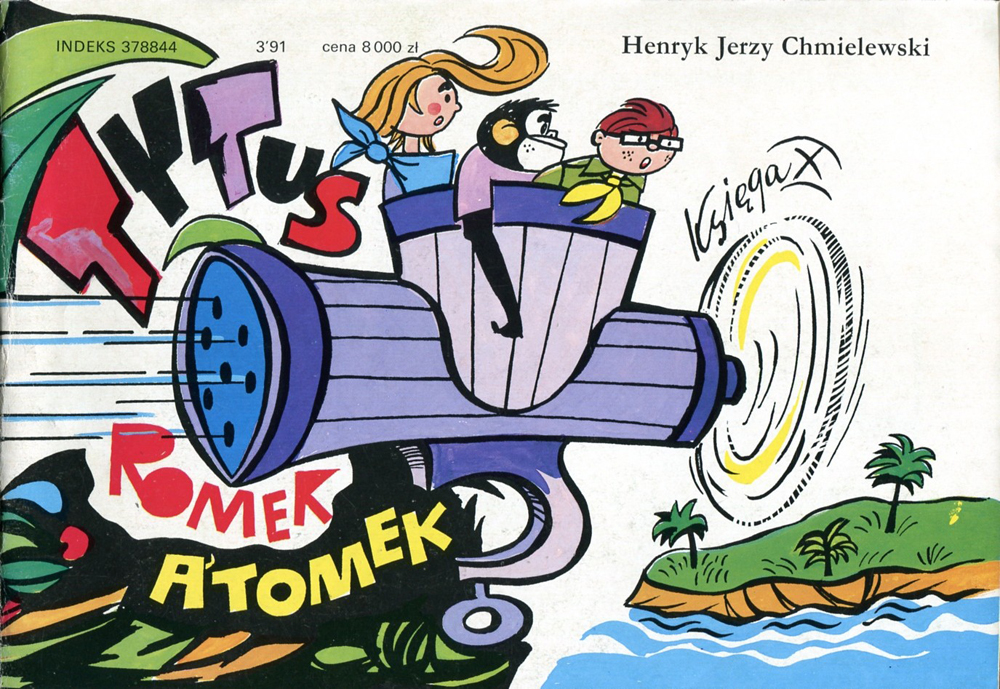 As time went on, and especially in the 1990s, new themes began dominating the series, with stories and events subtly pointing out the changes that were happening in Poland at that time.

Tytus, Romek i A’Tomek, through more than 40 volumes of regular and special editions, combined entertainment, humour, science fiction, education, and social commentary, in a package that has captured the imagination of several generations of Polish comic book readers.

Many of the themes in the series draw from Chmielewski’s own life experience, chiefly that of participating in the Warsaw Uprising, the ultimately doomed attempt to liberate the city from German occupation in 1944. Chmielewski was a member of the Home Army, and hosted meetings of the underground resistance movement at his home.

In 2009 a volume called Tytus, Romek, and A’Tomek as Warsaw insurgents of 1944, drawn from the imagination of Papcio Chmiel was published as a special book, with Chmielewski finally placing the characters inside one of the most important events in Polish history.

“For 50 years, that is since the creation of Tytus, this topic has followed me. But how to show Tytus with his monkey jokes against the background of tragic martyrdom events, uncertainty of life every second, dying colleagues, mothers’ tears, collapsing houses… What I drew cannot of course serve as a historical document, but although it is a fantasy, it is based on real insurgent events,” he said after the comic was published.

That same year, Chmielewski would paint a mural at the Warsaw Uprising Museum, depicting the three characters as participants of the uprising — the two boy scouts in the scout field post office and Tytus as a postman. The most striking feature of the mural, without doubt, is Tytus depicted as joyfully trampling on the Nazi flag.

“This mural is a personal revenge on the Germans for me, I was glad that Tytus was trampling the Nazi flag, the more so because, unfortunately, I belong to the generation that has the occupation still before my eyes,” Chmielewski told the media.

In 2010, Tytus, Romek i A’Tomek would once again be see combat in a volume dedicated to the Polish-Soviet War of 1920.

Chmielewski began working as a graphic artist soon after the end of World War II, for Świat Młodych magazine. His debut in the world of comics came about serendipitously when he was asked to produce his own episode of the comic book King of the Royal Mounted, an American series that the magazine was republishing without permission from a Swedish publication.

That month, Świat Młodych was unable to obtain the most recent issue, but wanted to prevent having to interrupt the series without explanation.

The start of Chmielewski’s  proper career as a comic book artist would, however, have to wait until de-Stalinisation in 1953, as during the Stalinist period, comic books were seen as an American art form that incompatible with socialism.

In 1957, the first comic featuring the characters would be published, introducing Polish readers to the talking space ape, and the two boy scouts. The story was instantly popular, which meant that further episodes would be produced.

Over the years, Chmielewski would have to fight both censors and publishers, who had specific ideas on what should and should not be included in the comics.

Until 1989, the main topics, as well as sometimes even specific events in the episodes, were not chosen by the author himself. According to his autobiography published in 2006, Chmielewski was especially not fond of the subject of the second book in which Tytus obtains a driver’s license, as he wanted to take the series in a more humorous rather than didactic direction.

As a compromise, the book included a board game based on traffic laws, designed by Chmielewski himself.

After the fall of Communism, Chmielewski had more freedom in choosing the subject matter of the comics, leading him to a more parodic tone and increased social commentary.

Since 1990, his works have been published by Prószyński Media, who have now put out the author’s last book, only days after his passing.

“One thing is certain: with his death, unfortunately, the golden era of Polish comics ends. By leaving, he orphaned Tytus – and all of us,” the publisher wrote in a statement.

For his contributions to the arts, Chmielewski was awarded the Gloria Artis Medal for Merit for Culture, Gold Class, in 2007, the highest order recognition for artists in Poland.

He was also a recipient of the Warsaw Cross of Uprising, for his involvement in the heroic events of 1944.

Jozef Vengloš: The trailblazer who broke the mould in English football
From Slav King to Ecolinguist: Five of emerging Europe’s top YouTubers
Comment