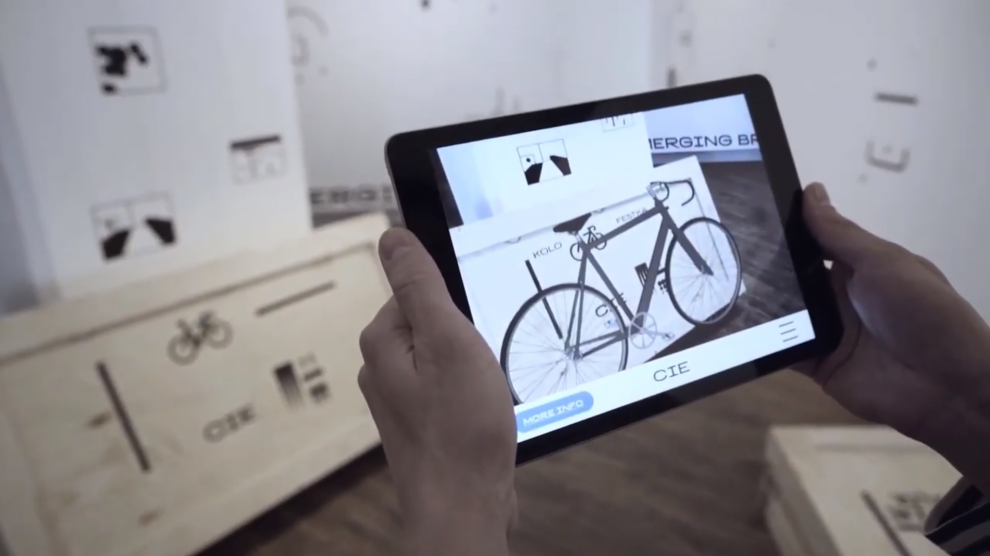 Czech inventions and innovations are currently on display at an exhibition being hosted at the Library of Birmingham in the UK.

The exhibition, which runs until February 2020, has been organised to celebrate a centenary of Czech discoveries that have had an impact on the lives of millions of people around the world.

The interactive show, called Czech Innovation Expo (CIE), was prepared by the Czech Centres network together with the Czech Academy of Sciences and opens at a time when Czechs were celebrating the 30th anniversary of the Velvet Revolution.

“The title of the exhibition relates to its main theme, which is inventions and scientific discoveries,” said Přemysl Pela, the head of the Czech Centre in London. “What makes it unique is that it combines various art spheres, such as design, audio-visual arts, but also the latest digital technology.”

The interactive exhibition uses cutting-edge technology and brings back the centuries-old history of the Czech Republic in science, research and innovation while revealing the technological trends of the future. It creates a whole new dimension for inspirational learning and education through its interactivity, particularly involving young people.

“The uniqueness of the project is based on the experience of visitors, who, thanks to the modern digital technologies, become an integral part of interactive stories,” said Mr Pela. “They have the opportunity to travel in time through the augmented reality, meet with the most important scientists and innovators of our century-old history and at the same time discover the endless possibilities of the digital and creative potential and development in the Czech Republic.”

Visitors enter a seemingly empty space with abstract symbols on the walls, download the CIE AR iOS or Android application to their smart devices, and then just explore and discover a variety of stories and information about a scientific discovery or innovation. When the device is pointed at a particular symbol on a wall, the story will unfold on the screen.

“The exhibition is divided into four parts and the first one focuses on the scientists and inventors from the past,” explained Mr Pela.

Among them is Otto Wichterle, whose invention of the soft contact lens was revolutionary as it had a number of advantages over the then used hard contact lenses. And Antonín Holý, who succeeded in transferring laboratory preparations to pharmaceutical drugs used in the treatment of HIV/AIDS.

“The traditional brands, including Baťa, Jawa and Škoda, which are synonymous with the former Czechoslovakia, are presented in the iconic brands’ section. And the last part represents newly emerging brands, founded in the past 20 or 30 years, after the political changes that happened in Czechoslovakia in 1989, such as Kiwi, Lasvit and Avast,” continued Mr Pela.

The exhibition also includes representatives of the latest innovations in digital technology and medicine. For example, Zuzana Holubcová, who was the first scientist in the world to videotape what happens inside the human egg during the time it prepares for fertilisation, contributing to the greater success of artificial fertilisation. Or Bohdan Pomahač whose medical team in 2011 was the first to perform a full face transplant.

The Czech Innovation Exhibition runs until February 28, 2020, at the Library of Birmingham. Entrance is free. More details here.

Postcard from the Romania-Bulgaria border
The best place to be a woman in emerging Europe? Estonia
Comment