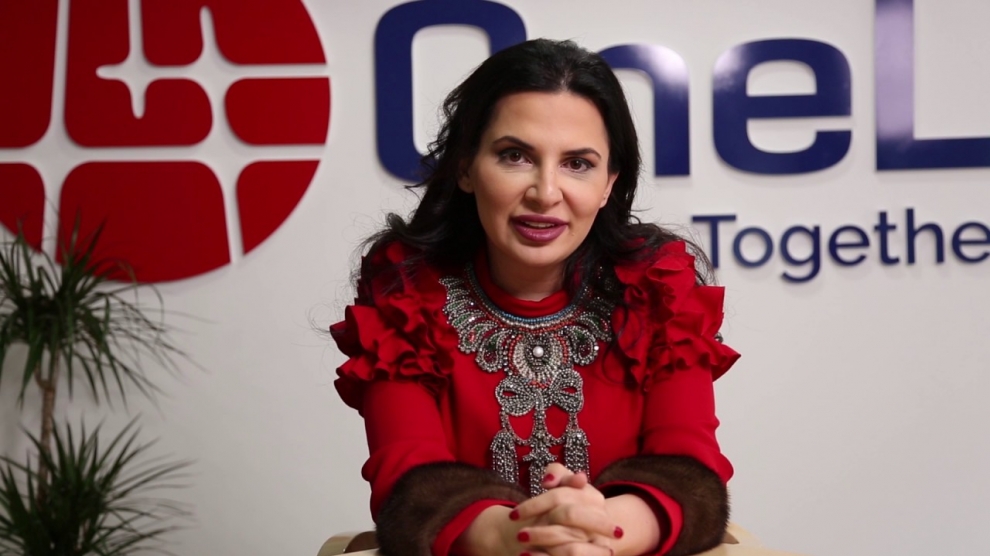 In 2014 a new and exciting financial product began making waves across emerging Europe. Called OneCoin, its creators and proponents promised the world (and early investors) that their new cryptocurrency would forever change the financial markets. OneCoin offered huge returns on investment and a transparent way of offering banking to the unbanked, all free from government oversight.

If it sounds too good be true, goes the maxim, it probably is. OneCoin – which is neither a cryptocurrency nor transparent – was no different. Little more than a Ponzi scheme, OneCoin’s pyramid sales structure has left millions of people around the world holding a worthless digital currency, but made a select few very rich.

Not the least of these is the charismatic Ruja Ignatova, a Bulgarian with a PhD in law and supposed cryptocurrency expert. At highly-polished promotional events held at leading venues across the globe she promised a new world of banking, all done with style, nobility and grace.

Then, in 2017, Dr Ruja as she became known, in a twist worthy of a Hollywood thriller, disappeared off the face of the earth. Remarkably, OneCoin – despite having swindled millions of people out of a reported four billion US dollars, a conservative estimate – did not.

The Times has called OneCoin “one of the biggest scams in history”, but where is Dr Ruja? Where is the four billion US dollars? Why is OneCoin still being sold?

Podcasts have seen a revival in fortunes during the Covid-19 pandemic, and for many have become a staple of their media mix. One podcast in particular has had the Emerging Europe team riveted over the past couple of months, a podcast that sets out to solve the mystery of what happened to Dr Ruja, the money invested in her ‘cyrptocurrency’, and why so many people were willing to part with their cash.

The podcast, The Missing Cryptoqueen, is likely to win every possible award this year: not just for podcasting but also for investigative journalism. Its presenter, author and journalist Jamie Bartlett, travels to Dr Ruja’s native Bulgaria, to Romania, to Germany, and all the way to Uganda to uncover exactly how one woman was able to sell a dud time and time again. It plays out over eight episodes, with twists and turns every few minutes. For anyone with an interest in how scams work, it’s an absolute must listen.

As becomes clear early on in the series, for anyone with even a cursory knowledge of cryptocurrencies and scams, there were large red flags about OneCoin from the get go.

Despite claiming that her creation was a cryptocurrency, OneCoin could not be traded publicly (except though a website called OneCoin Exchange or “xcoinx”, both controlled by OneCoin’s parent company) and the process of “mining” the currency was also suspect.

Traditional cryptocurrencies are mined with specialised equipment that solves complicated cryptography problems in the process of verifying transactions. But with OneCoin, people purchased tokens that were then converted into coins, supposedly in mining facilities in Bulgaria and Hong Kong. A sales platform called DealShaker was also launched, allowing people to buy things for a combination of OneCoin and euros.

But, as revealed in the BBC podcast (and by taking a look at the sorry selection of goods on offer: the site is still live) DealShaker was little more than a virtual flea market selling goods of dubious quality and usefulness. Even its creator at one stage admits: “You will not find five things on DealShaker you want to buy”.

DealShaker was crucial to OneCoin given that the currency’s parent company, OneLife, claimed that the value of OneCoin was determined by it, along with the exchange. All evidence however points to the contrary – that the price of OneCoin was set by OneLife in a totally arbitrary way.

More importantly, it was actually impossible to directly invest in mining OneCoin. Instead, investors bought “education packages” which contained a certain amount of tokens. These education packages contained plagiarised articles about cryptocurrency (many of them available for free online) and were really just a screen to enable OneCoin to function according to principles of multi-level marketing (MLM).

MLM schemes are not a new phenomenon, and not illegal: indeed there are many legitimate companies which utilise them. Simply put, in an MLM scheme people sign up to be sellers of a certain product but are also encouraged to recruit others, and then receive a portion of the sales made by everyone below them in what is called a “downline.”

OneCoin leaned heavily on this. Dr Ruja recognised that the best way to peddle her scam was to use people already well established in the MLM world who could use their existing, expansive downlines as a vehicle to reach a large number of people and sell the “education packages”.

OneCoin sold its starter packages for around 100 euros, but the prices quickly went up in tiers, with some people investing tens and even hundreds of thousands of euros to get more tokens.

When OneCoin mania was at its height, in the first six months of 2016, in the UK alone people invested more than 30 million euros.

This is when Dr Ruja was at her most powerful, organising a large OneCoin gathering at Wembley Arena in London promising those in the audience that her cryptocurrency was the “the Bitcoin killer.”

Much of the coin’s appeal rested in Dr Ruja herself and the cult of personality built around her. At OneLife’s Bulgarian headquarters, those in the inner circle of investors would gather with hushed tones and wait for an audience with the cryptoqueen. A cardboard cut out of Dr Ignatova eventually needed to be removed from the premises as it had become damaged from so many people touching it, apparently for luck and guidance.

And that was not the end of it. For those inside the scam, OneCoin operated almost as a cult. Ruja Ignatova could do no wrong, and through related organisations such as OneLife, the scam became not just an investment opportunity but a whole lifestyle.

It’s easy to get lost in the appeal of Dr Ruja and her criminal genius. An elegant, self-assured woman funding a lavish lifestyle through her charm and suaveness. But real life is not a heist movie, and many people lost their savings and livelihoods believing they were investing in their future though a revolutionary product that would truly change the world.

One harrowing scene in the podcast includes a recording made in a Ugandan church were a preacher (and OneCoin promoter) leads his flock in a chant of “OneLife! OneCoin!” According to those interviewed, many even sold their houses in order to raise capital to buy OneCoin tokens.

But as with any Ponzi scheme, the cracks eventually became too big to paper over. In many jurisdictions, the financial authorities began investigating Dr Ruja and OneCoin. Everything came to a head in 2017 when she disappeared only a few weeks before a sealed indictment against her was made public in the United States, prompting many to believe that she had somehow been tipped off.

Her brother, Konstantin Ignatov, who took over control of OneLife after she disappeared, was eventually apprehended and has pleaded guilty in the United States to charges of wire fraud and money laundering. Another co-conspirator, Sebastian Greenwood, was arrested in 2018.

Today, most sites around the world promoting OneCoin are gone, but OneLife’s main website still exists, although it hasn’t been updated in some time.

Interestingly, it seems that the scam might still be active in some places. An upcoming event called The Legend of the One is currently being advertised for August in the Romanian capital Bucharest. Tickets appear to be for sale, but the venue is still listed as TBA.

According to the description offered on the ticket purchasing website, the event will discuss the reboot, reset, and realignment of the OneCoin/OneLife Community.

In Romania, the event is promoted by an organisation called Fantastic Global Team, which bills itself as an independent marketing associate and part of the OneLife Network. The team behind the company has its own, Romanian version of the DealShaker platform (offering, amongst other things, high-end cars which need to be paid for in seven days but with delivery in six months). Prominent on the Fantastic Global Team website is Cristi Călina, a “OneLife Romanian Blue Diamond” and a promoter of OneCoin in the country, who features heavily in the BBC podcast.

Elsewhere, it seems OneCoin’s fraudulent reign may finally be over. Alas, according to the BBC podcast, many former OneCoin promoters have moved on to a similar project called DagCoin.

As for Dr Ruja, her whereabouts remain unknown, although Jamie Bartlett does reveal that he has a few ideas regarding her possible location. Maybe she will turn up in Bucharest – as she allegedly did at a previous OneCoin event (a bizarre beauty pageant). It might be worth buying a ticket to find out.

Listening to the podcast meanwhile will cost you nothing. We suggest you do so.

The Missing Cryptoqueen is available on BBC Sounds as well as most other podcasting apps. Photo: Screencap from OneCoin promotional video.