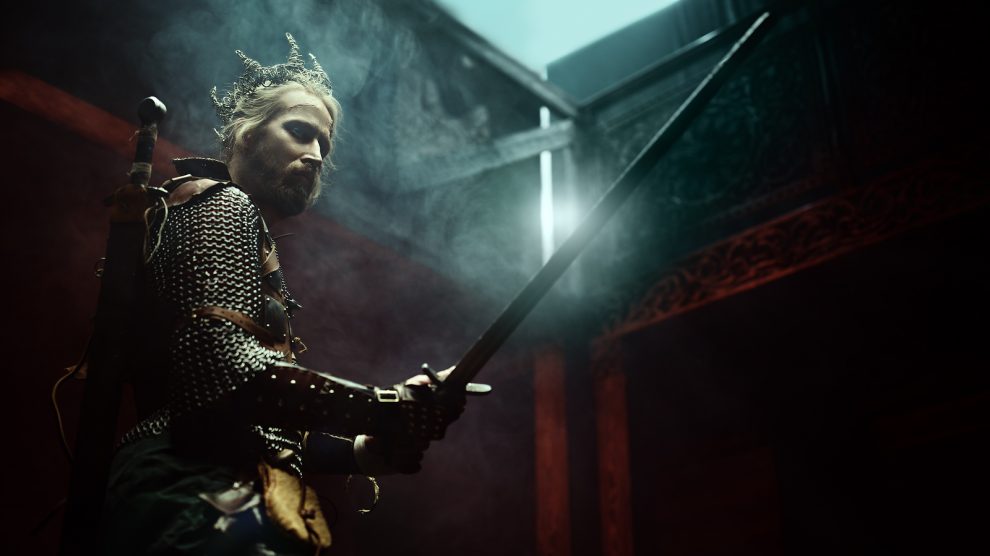 Books, video games, a high profile TV show and now an anime adaptation. The Witcher phenomenon shows no signs of slowing and is now arguably Poland’s most successful international brand.

The Witcher media franchise is now richer for an anime adaptation.

Titled Nightmare of the Wolf, it follows secondary character Vesemir in a prequel story set before the Netflix live-action show.

For most fans, it should be enough to tide them over until the second season of the regular series, starring Henry Cavill as Geralt of Rivia, airs in December.

For the brand, it’s an important step towards solidifying the world of the The Witcher away from the story of just one character. It’s a tactic that has certainly worked well for Disney and Marvel in the “cinematic universes” they have created around their superhero characters.

Will it work for The Witcher?

It already is: Nightmare of the Wolf currently holds a 100 per cent fresh rating on Rotten Tomatoes with resounding praise from critics and fans alike.

It started with a book

When Andrzej Sapkowski first began writing books and short stories featuring the titular Witcher (in the world of the books these are genetically-enhanced monster hunters) back in the 1980s, he probably couldn’t have predicted that one day it would be the most recognisably Polish fantasy series of all time.

After all, it took more than twenty years for the books to get any international recognition.

The first English translation wasn’t published until 2007. But that same year there was another development which was arguably just as instrumental in making The Witcher the global phenomenon it is today.

CD Projekt, a small gaming company from Poland, up to then primarily known for running a digital storefront called Good Old Games (and like it says on the tin, that’s what they sold: old games with modified code that ran on new systems) put out the very first game based on Sapkowski’s books.

Few could have guessed the success they would soon have, least of all Sapkowski, who famously refused a deal that would have given him a percentage from game sales, instead taking a lump sum.

But succeed the game did with favourable reviews from critics and hordes of role playing game (RPG) fans who were drawn to the world of The Witcher, not least because unlike most new RPGs at the time it featured mature storylines and player choices that actually mattered.

Four years later, an equally successful sequel would follow. And as the books continued to be published – almost in sync with the games – the two fed off each other, and The Witcher quickly took its place among the greats of high fantasy in both the literary and video game worlds.

It was 2015, however, that was a banner year for both The Witcher and CD Projekt.

That was when the third game in the series, The Wild Hunt, was released. It immediately sold extremely well, received even more praise than the first two games and became a legitimate phenomenon in its own right. YouTubers loved it, Redditors created entire communities devoted to it, scenes from the game were made into memes.

In fact, The Wild Hunt is still so popular that last year was its second-best performing ever in terms of sales, now in the ballpark of 30 million copies. In the video game industry, games typically make most of their revenue in the first month after their release. It’s extremely uncommon for a game to keep selling for so long. Such games belong to a rarified field of the most popular and successful — think Grand Theft Auto and The Elder Scrolls.

Over time, CD Projekt has branched out from RPG and created a standalone version of The Wild Hunt, card mini-game Gwent and a story-based version of the same, Thronebreaker: The Witcher Tales.

This year, Monster Slayer was released — a Pokemon Go style augmented reality app set in the world of the The Witcher.

Off the back of the series CD Projekt has become the largest and most valuable gaming company in Central and Eastern Europe and one of the largest in the world. Sapkowski meanwhile is probably Poland’s best known contemporary writer.

Ultimately, The Witcher proves that the concept of media synergy works. Despite the video games, Netflix series and anime feature not being connected to each other, either by plot or by ownership, they work in tandem to keep people invested in the world of The Witcher.

The runaway success of the brand and the fact that everyone knows it comes from Poland is also evidence of the video game industry’s important place in the current cultural landscape. It’s a lesson that Poland has learnt sooner and better than many other countries.

What’s next for The Witcher?

Well, by the end of the year, a new season of the Netflix show. And beyond, who knows? On the video game front, CD Projekt has been shy about its plans. A statement that there would not be a The Witcher 4 has since been amended. There will not be a game called that, but the developer is not done with The Witcher and more titles are expected.

With or without Geralt of Rivia, one thing is clear: The Witcher has staying power. For Poland’s (so far) most successful cultural export, the story has only just begun.