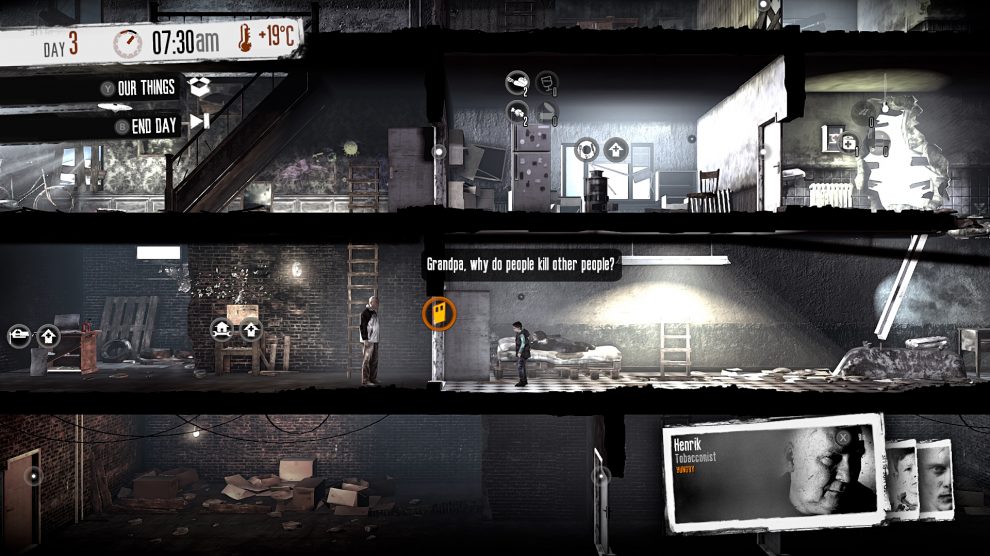 Poland has long been a cultural powerhouse. The birthplace of no fewer than six Nobel Literature Prize laureates (most recently Olga Tokarczuk in 2018), the country can also boast a giant of science fiction – Stanisław Lem – and one of the world’s greatest ever film directors, Krzysztof Kieślowski. Today, however, the country’s most valuable cultural export is a most contemporary phenomenon: video games.

In 2019, video games passed an important milestone when worldwide revenue eclipsed that of Hollywood for the first time.

It’s been a long journey for the industry, from nerd obsession to mainstream entertainment, which along the way has stoked much debate as to whether or not video games can be considered an art form. Now with their own category at the BAFTA awards, rigorous scholarly criticism, and the kind of cultural cachet previously reserved only for “serious art”, the debate appears to have been put to one side for good.

For a long time, the video gaming industry coalesced around three major hubs — North America, Western Europe, and Japan. Publishers from the United States, the UK, France, and Japan were the largest and most powerful, taking what appeared to be an unassailable lead in this emerging, booming industry.

In recent years, however, this has changed. Developers from emerging Europe have stormed the market, creating some of the world’s most innovative and best-selling games, creating a phenomenon that brings in not just export revenue, but boosts the cultural recognition of an entire region, branding it as the home of cutting-edge gaming.

Poland, as it so often does, has led the way.

“The CEE region has been able to capitalise on its strong mathematics and engineering education and expertise to offer highly skilled workers for the games industry,” says Dr Jennifer Johns, a lecturer at the University of Bristol, and an expert in economic geography. “Poland in particular has developed into a significant cluster, using initial links to overseas developers to significantly develop indigenous capacity.”

So important is the gaming industry for Poland that in 2019 the Warsaw Stock Exchange (WSE), the largest in the region, dedicated an index to it, the WIG Games Index, part of the exchange’s strategy to attract technology companies.

“The listing of regional gaming companies on the WSE is a brilliant strategy,” says John Lawrence, chief investment officer at J.A. Lawrence Wealth Management. “This is a purely global play for Poland. Gaming itself is a global hobby shared all over the world. Listing these companies will continue to pull global investment into Poland.”

By the end of 2020, the number of gaming companies listed on the WSE had risen to 54, the most in the world, beating out the previous leader, the Tokyo Stock Exchange.

“This shows the importance of the game development segment for the Polish capital market, and why we were prompted to create the WIG Games Index,” Marek Dietl, the WSE’s CEO, tells Emerging Europe.

According to Krzysztof Kwiatek, the CEO of Creepy Jar, one of the gaming companies listed on the WSE whose independently-produced Green Hell has found a successful home – and player recognition – on the Steam digital storefront, Poles have always liked video games.

“The economic transformation after 1990 opened the door for people who wanted to make such games themselves,” he says.

So successful has Poland been that critically-acclaimed titles from the country are no longer the exception, but the rule.

“Rather than a single one-off success, Poland’s creative industries are delivering a growing catalogue of highly-regarded titles that an audience of international gamers enjoy,” Joost van Dreunen, video game expert, lecturer at NYU Stern, and author of One Up: Creativity, Competition, and the Global Business of Video Games tells Emerging Europe.

Titles from Poland that have sold millions of copies around the world include CD Projekt’s behemoth role-playing game brand The Witcher, and This War of Mine from 11 bit studios, a strategy game set in an occupied city (loosely inspired by the Siege of Sarajevo) that focuses on ordinary people surviving against terrible odds. It has become both an indie darling and achieved recognition as an important entry in the canon of anti-war art.

So important, in fact, that it is now being taught in literature classes in Polish schools.

“When all puzzle pieces like gameplay, emotions, mood, and aesthetics started to make a consistent picture, we felt we had a unique title on our hands,” says Konrad Adamczewski, PR lead for 11 bit studios. “The overwhelmingly positive global reception of This War of Mine, resulting in rising interest from more prestigious and mainstream media outlets and newspapers, proved we were right, but we did not expect that huge interest.”

What 11 bit studios did with the game is perhaps one of the best indicators that succeeding in the field of video games is not just about the money. With games now being a mainstream form of entertainment possessing actual artistic currency, countries that do well have a chance to export their culture to a global audience.

“It is more than the economy. It is our cultural heritage,” Mr Adamczewski adds, “even if our games don’t focus on Poland or are not set here. [Grand Theft Auto] is now part of the UK’s cultural heritage despite being set in the US. Poland is proud of its games and finds them being more than entertainment.”

With so many active game development studios (over 400 according to recent industry reports) and so many people in the country identifying as gamers (nearly half of its 38 million population), experts believe that the industry still has a long way to grow.

“Where even just a few years ago Poland played a more passive role as a place to outsource software development, it has since then found its own voice. From their humble beginnings, Polish game makers have grown into a creative and cultural force,” says Mr van Dreunen.

But what do these successes mean for the country at large, especially on the world stage? Will Poland be known from now on as a country that good video games come from?

Experts from the industry Emerging Europe talked to are in broad agreement on this.

“I feel that this might indeed be the case,” says Marek Markuszewski, CEO of Starward Industries, another independent studio that is currently working on turning Stanisław Lem’s novel The Invincible into a video game. “I saw a headline the other day that said Poland had overtaken Japan when it comes to the number of game studios it has. If someone told me this 10, 15 years ago, I would have told them that they’re nuts.”

Paweł Marchewka, CEO of Techland, one of the biggest development and publishing companies in the country, concurs. “We have lots of studios in Poland and highly talented developers,” he says. “Therefore it is not surprising that a lot of great video games are made in Poland and game development has definitely become a brand for our country.”

Of course, the best proof of this lies with the gamers themselves. On the popular discussion site Reddit, the community dedicated to the game The Witcher III has more than 150,000 members, where fans share memes, fan art, cosplays and more. Meanwhile, Bloober Team’s recently released horror game the The Medium sold so well that it broke even just days after being released on the PC and Xbox platforms.

The video game industry – and the medium itself – are inherently global, and more than 90 per cent of games produced in Poland are played outside of the country. The Polish government has taken notice at the possibilities this offers for nation branding and has doled out more than 300 million złotys (around 66.7 million euros) through an EU-funded programme to help small studios get their projects off the ground.

“When it comes to game development the right amount of support from the government and adjacent industries will ensure there are few obstacles toward Poland becoming a world-leading nation in gaming,” Mr van Dreunen notes.

That the Polish video game industry has matured is now a foregone conclusion. Now it’s up to all stakeholders to turn that recognition and market success into a genuine national brand that will fuel the next stage of development and make Poland synonymous with high-quality digital entertainment.

Not for the first time, a perfect mix of innovative creatives, capital market backing and government support means that Poland appears to be uniquely positioned to take advantage.

Photo: This War of Mine (11 bit Studios)

For a very Soviet president, a Soviet ‘people’s assembly’
In Kosovo, an electoral earthquake
Comment