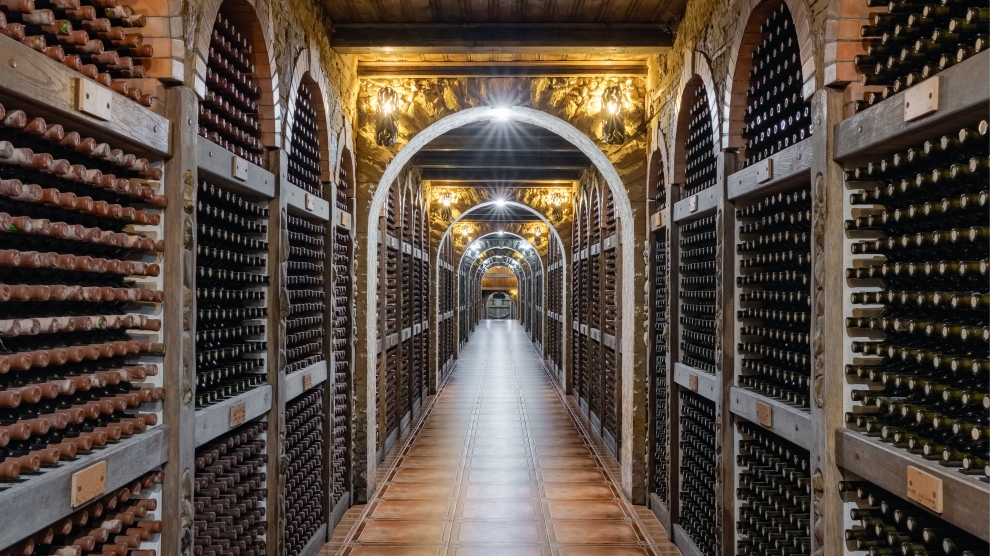 Moldova, sandwiched between Romania and Ukraine, has a hidden weapon – viticulture.

Despite the country’s small size, it produced over two million hectolitres of wine in 2018, making it the 11th largest wine producing country in Europe. With a wine-making history that stretches back thousands of years, Moldova is the perfect alternative destination for experiencing world renowned wineries intertwined with rich historical heritage.

Vines are well-suited to Moldova, with its sunny plains, fertile soul and moderate climate. The first vines recorded in Moldova stretch back to around 7000 BC, and grape seed imprints from 2800 BC have been found in the village of Varvarovca. It is fair to say that Moldovan wine is an ancient tradition, and this is a history that the Moldovans have kept alive across the centuries.

During the Tsarist Russian Empire, the Moldovan region was a favoured producer. Tsar Alexander II was a particular fan, establishing the Bessarabian school of Horticulture that developed new vineyards and helped set up thousands of hectares of wineries for Russian consumers. The Romanov family had close ties with the region and set up the Romanesti winery, which continued to be well renowned into the Soviet era.

During Soviet times, the Moldovan wine industry flourished, at least in terms of quantity if not always quality. Even so, it was hidden from the rest of the world. In the 1980s wineries covered 200,000 hectares, a substantial 16 per cent of the country’s total land area. The wine was adapted to cater specifically for Russian tastes, sweet whites in particular.

However, the industry soon faced significant hurdles. Mikhail Gorbachev’s anti-alcohol campaign of the late 1980s hit the industry hard and the dissolution of the USSR hit even harder. Issues with land reform and redistribution collided with the desperate need to find and cater to new markets.

After the 2006 Russian ban on Georgian and Moldovan wines, and further bans in 2013 after Moldova announced it intention to one day   join the EU, it became clear that the industry had to re-invent itself. It needed to cater to new taste preferences and a broader market.

Much of the Moldovan wine industry was able to do just that.

In 2004, 90 per cent of its exports went to post-Soviet states. This number now stands at just 30 per cent.

There is a new focus on dry wines and an upward shift in quality, with an eye on new, more lucrative markets. Investors are working with wineries and the tourist industry is making considerable efforts to boost its reputation, and rightly so.

Leading the way is Purcari Wineries.

In 2018, Purcari raised 186.2 million Romanian lei (40 million euros) through an initial public offering of a 49 per cent stake at the Bucharest Stock Exchange: the first Moldovan winery to raise investment via the capital markets. Its founder and CEO, Victor Bostan, has said that he wants to make Purcari the leading winery in Central and Eastern Europe.

Moldova is also home to some of the world’s largest wine cellars.

The underground galleries at Mileștii Mici are an extraordinary 200 kilometres long and 80 metres deep, located just 10 kilometres from the capital Chișinau.

Perhaps best known however is Cricova, founded in 1952, a veritable undergound city of wine (pictured above) which is probably Moldova’s most popular tourist attraction. Its Brut Méthode Champenoise – which requires a secondary fermentation in the bottle – is an extraordinarily tasty bargain.

My Brexit: The European Union can, and should, grant us free movement
The Croatian museum making light of hangovers
Comment