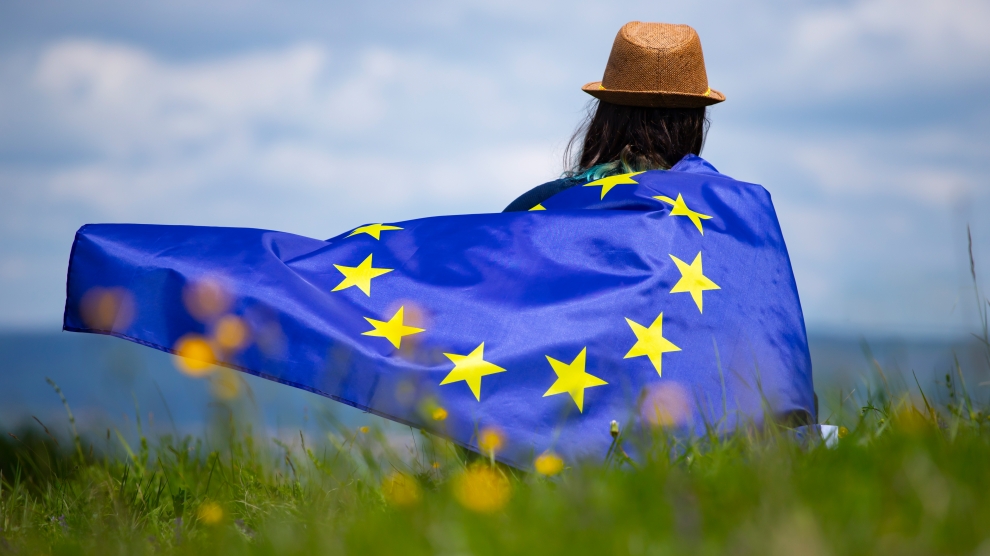 Bells did not toll, at least not in the Turp-Balazs household. In fact, we did not mark such a sad moment in any way whatsoever. For a family that prides itself on being European above all else there was nothing to celebrate.

As I wake up on February 1, the UK’s first official day outside of the EU, I can’t but help recall the awful, mournful morning after the 2016 referendum that begat the whole Brexit process.

As a political junkie who adores elections, referenda and every part of the political quagmire, I have long had something of a ritual when it comes to election nights. Snacks and copious amounts of liquid refreshment are prepared well in advance, and I then settle in for what is usually a very long night on the sofa watching the results as they are announced.

I broke with that habit on the night of the Brexit referendum.

I was so sure that the result was a foregone conclusion, that there were simply not enough naïve or ill-willed Brits willing to vote for the single greatest act of national self-harm in a generation, that I went to bed early, confident that our future was staunchly European.

When I woke up, at around 6am, I turned on the television to see, out of curiosity, just how big the remain victory had been. When I saw what had happened, that in fact the Brexiteers had prevailed, I was speechless. Rational thought had lost out to raw emotion.

What followed was a period of denial.

I remained certain that the UK would not leave, regardless of the result, or that the country would leave on the loosest terms possible – what has been dubbed the Norway model – preserving free movement and membership of the European single market.

Indeed, at the time there would almost certainly have been a broad consensus for such a departure – Brexit in name only – in both the House of Commons and in the country at large. Alas, a lack of clear, clever and non-partisan political leadership across the UK’s political spectrum meant that possibility was never fully explored, and the window of opportunity for such a pain-free exit closed very quickly. It was replaced by three years of fruitless arguments that ultimately led to a dead end.

As such, we are today no closer to knowing what kind of relationship the UK will have with Europe after the end of the transition period (which runs until December 31, 2020) than we were in 2016.

Taking a broader view, this is probably no bad thing: there is still, for committed Europeans, some hope.

With the wrench of Brexit day itself now out of the way (and remember that for the foreseeable future, nothing changes) we should at the very least expect a genuine, open debate about how a long-term, sustainable and close relationship between the UK and the EU can be put in place.

Ideally, this will be a relationship which offers the Brexiteers their precious blue passports, but ensures that the rest of us do not have to show them as we cross Europe’s borders.

The millions of Britons who live in Europe will certainly hope that an agreement can be reached on our status.

While most of us will retain the right to live and work in the countries that we now call home (in my case Romania), we also want to retain the right to live and work elsewhere in the European Union. This is something which is in the gift of the European Union itself to grant: it can – and, as some leading European politicians have already suggested, should – unilaterally hand us those rights. We should not be held hostage and used as bargaining chips in the negotiations that will now take place: neither by our own government nor by the European Commission. Indeed, given that our own government would most likely disown us at the drop of a hat, my appeal for reason and for the preservation of our European rights is addressed squarely to Brussels, not to London.

As I have said before, in deciding to leave the European Union, Britain to all intents and purposes declared war on itself. The European Union should rise above such insular thinking and not declare war on us.

Finally, a word for those people from emerging Europe who remain in the UK post-Brexit: ignore the scaremongering, nobody is going to throw you out.

While there are unquestionably a few Brexiteer extremists who would no doubt willingly row boats packed with Poles, Romanians and other nationalities across the English Channel in order to dump them on French beaches (probably at Dunkirk in some bizarre, symbolic reversal of the famous World War II evacuation), it should be remembered that Britain is generally hopeless at expelling people, even when it is legally required to do so.

That may not come as much consolation to the many hundreds of thousands of people who have yet to receive settled status, or any status at all, but they should rest assured that Home Office employees will not be battering down their doors in order to deport them.