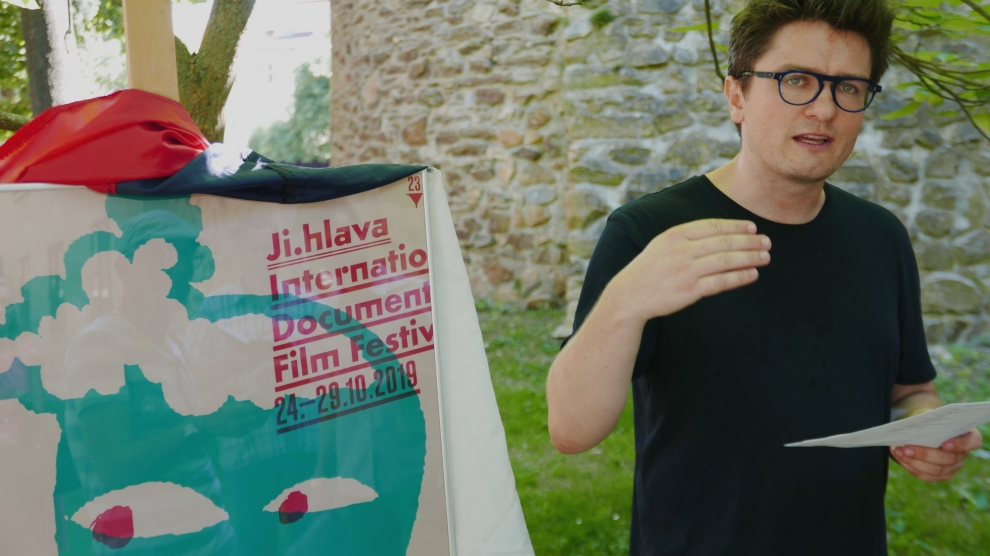 The 23rd edition of the Ji.hlava International Documentary Film Festival (IDFF) will take place in the Czech town of Jihlava from October 24-29.

A total of 277 films will be screened, including new films from the region, world documentary debuts, a showcase of works by Ukrainian director Feliks Sobolev, documentary experiments, films made by women about women, and a special reflection of 1989.

“Ji.hlava has always striven to discover and interconnect original filmmakers across countries and regions,” said Marek Hovorka, the festival’s director.

The idea to create the festival was conceived in the minds of a group of Jihlava high school students in 1997. Since then, each autumn the Ji.hlava IDFF has brought together thousands of viewers, directors, producers, film critics, journalists, friends and family of documentary cinema to spend several days thinking through films.

Today, 23 years later, this celebration of creative documentary cinema has long been recognised as the largest event of its kind in Central and Eastern Europe.

“Unlike last year, when we presented a large retrospective of direct-cinema-verité, combining the filmmaking production of the USA, Canada and France, this year we decided to dedicate substantial attention to Eastern European filmmakers,” said Mr Hovorka.

Sixteen film titles from emerging Europe will be introduced at the festival. Among them is a cinematic portrait of famous Slovak photographer Andrej Bán, Earthly Paradise, directed by Jaroslav Vojtek. The director followed Bán in cities destroyed by war or in refugee camps, during which it became clear his interest was in taking a deeper look at the causes of conflict as well as the oppressive situations their victims find themselves in.

“People forgotten by people. With photographer, publicist, and friend Andrej Bán we discover the stories of people who were forced to leave their homes,” said Mr Vojtek.

Another original production will be Ukraine’s 365 Days Also Known as a Year by director Dmytro Bondarchuk: day after day, images of life in the author’s collage glued together from fragments of feature films flow at a frame rate in which the date of the day appears in various forms. The selection of scenes by calendar key is an interesting probe into the history of cinematography in different countries, a showcase of moods and diverse styles of film narration.

Furthermore, the festival will present world and international premieres of outstanding films from Romania, Hungary, Estonia, Serbia and Latvia. The winning film will receive a cash prize of 10,000 euros.

A special section will be dedicated to the 30th anniversary of the Velvet Revolution, with director Robert Sedláček’s film asking the question: Have the goals of the revolution in 1989 been met?

“Thirty years after the fall of the communist regime in former Czechoslovakia, we have come up with a special programme entitled Studio 89,” explained Mr Hovorka. “Three different programmes will offer a look on the figure of Václav Havel, an intellectual icon of political transformation: underground films, a portrait made by Juraj Herz which has never been released in the Czech Republic, and a preview of an upcoming film by Petr Jančárek about Havel’s final years.”

Another important part of this year’s edition will be Woman in Change.

“In the recent years, the role of women has become more prominent, and not only in the society, but also in documentary filmmaking,” said Mr Hovorka, who believes that films created by women draw our attention by evocatively opening painful issues, being formally innovative and lending an empathic ear to the stories of others.

Bison rewilding programme in Romania enjoys new success
Invisible Exhibition: A glance at the real-life struggles of the blind
Comment