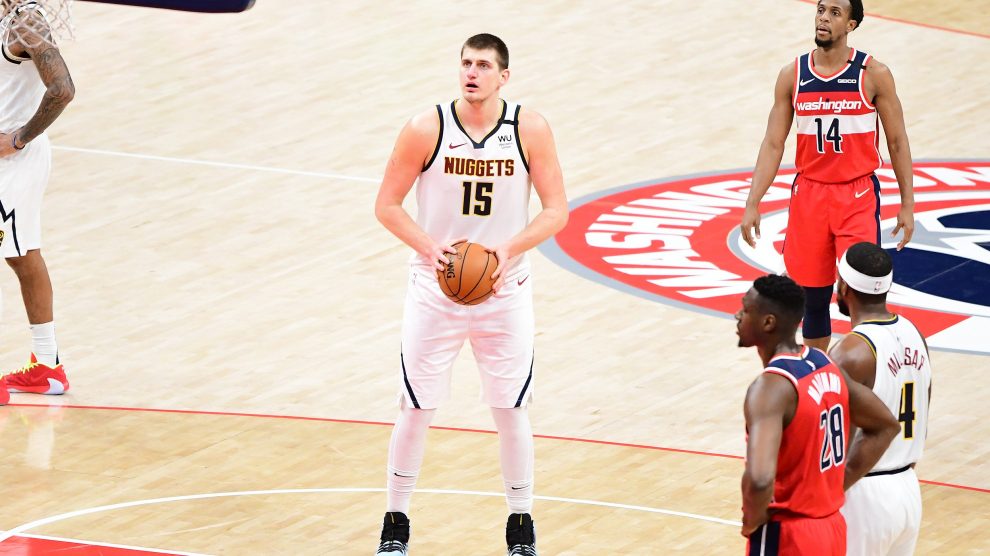 Still only 26, Serbia’s Nikola Jokić has every chance of becoming an NBA legend.

Nikola Jokić, the Denver Nuggets centre, has been declared this year’s MVP (Most Valuable Player) in the NBA (National Basketball Association).

Jokić is the first Serbian player to claim the coveted title, the first Nuggets player and also the lowest draft pick ever to become MVP (he was picked just 41st in the 2014 draft).

Several other high profile NBA stars — the Philadelphia 76er Joel Embiid, Golden State Warriors’ Stephen Curry, Milwaukee Buck’s Giannis Antetokounmpo, and Phoenix Suns’ Chris Paul — were in the running for MVP but in the end the vote wasn’t even close.

Born in Sombor, a small city in Serbia’s northern Vojvodina province, Jokić developed a love of basketball early in life, influenced of his two older brothers, who also both ended up as professional basketball players.

His career began in 2012 with the Belgrade-based team Mega Basket. Over 25 Adriatic League games, he averaged 11.4 points, 6.4 rebounds and 2.5 assists per game. In the Serbian and Adriatic League, Jokić quickly became one of the most valuable players, picking up four MVP titles in the 2014-15 season.

Then, just three years after his debut in Serbia he headed for the US to pursue a career in the NBA.

Commenting on his MVP title, many sports outlets and commentators have highlighted that back in 2014 it looked highly unlikely that Jokić would succeed.

Nuggets’ coach Michael Malone summarised it best, wearing a custom shirt when the MVP pick was announced. On it were emblazoned all the criticism Jokić has collected during his NBA career so far — too skinny, can’t jump, flopper, poor defender, bad attitude.

Often in focus was Jokić’s somewhat doughy constitution and a perceived lack of athleticism, which briefly earned him the nickname “Big Honey”.

In his sixth NBA season, Jokić played all 72 games and averaged a career-high 26.4 points, 10.9 rebounds, a career-high 8.4 assists and 1.32 steals in 34.8 minutes. With his season averages, Jokić ranked 12th in the NBA in points, ninth in rebounds, sixth in assists and 22nd in steals. He is only the third player in NBA history to average at least 26.0 points, 10.0 rebounds and 8.0 assists in a season, joining Oscar Robertson and Russell Westbrook.

Owing in large part to Jokić, the Denver Nuggets had an excellent season by their standards, reaching the 2021 playoffs.

“I’m so happy and respect so much the hard work and dedication that he’s put in to reach this point,” said Malone.

“I’ve been lucky enough to coach Nikola his entire career, and to see his growth from a second-round pick trying to learn the NBA to a perennial All-Star and now the MVP is truly extraordinary. He deserves this honour and I don’t take for granted getting to coach a player, and more importantly a person, like Nikola.”

What sets Jokić apart is his gift for passing, not something typically expected from players in the centre role. It has enabled him to become one of the NBA’s best offensive players.

Now, Jokić has shed his “Big Honey” nickname and is known to the fans as “The Joker” both for his unpredictable and creative plays on the court and his humorous statements off it. Not surprisingly, he is also the subject of many a meme on NBA online fan communities.

Jokić himself puts his success down to teamwork.

“A lot of luck, I can say, probably. A lot of people trusted me. A lot of people worked for me, so that I can get here. And I put [in] some work too. So it’s a little bit of everything, you know,” he says.

Still only 26, there’s a lot of basketball ahead of Jokić. He now has every chance of becoming an NBA legend.

Five films from post-Soviet Central Asia well worth your time
Sofia Pride: How and why Bulgaria legalised homosexuality in the 1960s
Comment