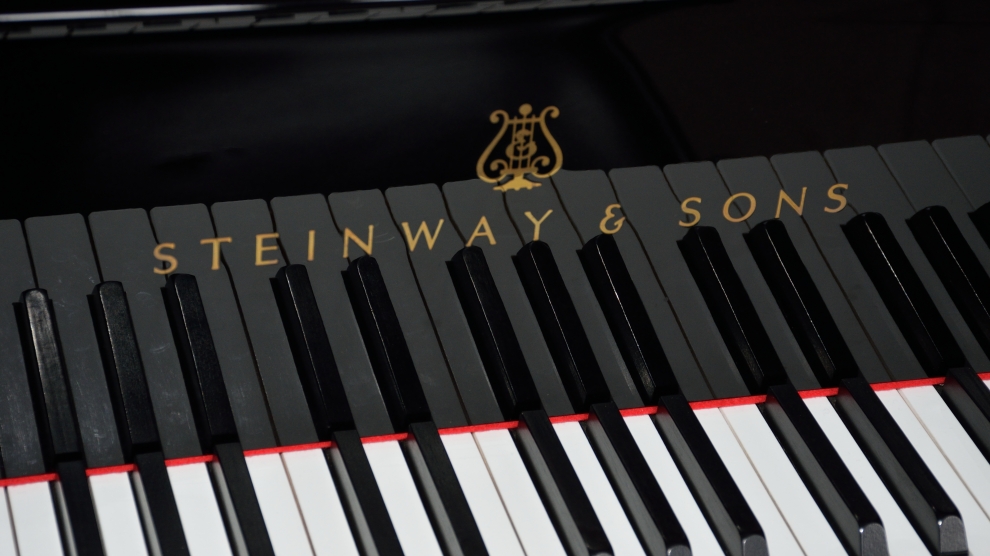 Some of the most valuable belongings of the Polish pianist and composer Władysław Szpilman will be put up for auction later this month at the Warsaw-based auction house Desa Unicum.

Until then, a number of items, including a Steinway piano, can be viewed by the public for the first time.

It was on the same piano that Szpilman, whose incredible story was told in the Oscar-winning film The Pianist, starring Adrien Brody, composed his most popular works. Other items which can be seen at the exhibition (which runs from September 11) and then purchased at the auction (on September 22) include a pen and a pocket watch – the only personal belongings of the artist that survived his time in the Warsaw Ghetto – and the score of the Life of Machines suite. The items have been donated by Szpilman’s sons, Krzysztof and Andrzej.

A companion of Szpilman’s entire musical career, the 1937 Steinway was present in his house until his death. After the war, the artist composed over 500 pieces of music at the piano. It stood in the composer’s living room and was the central element of his home. As the pianist’s wife, Halina Szpilman, remembered, he used to get up early in the morning to rehearse classical music for several hours. In the meantime, he used it to compose popular songs. The piano was decorated with photographs of Arthur Rubinstein and Bronisław Gimpel, an outstanding violinist of Jewish origin. All of them featured personal dedications to Szpilman.

The manuscript of The Life of Machines, one of Szpilman early compositions, survives for the simple reason that it had been sent abroad before the war. The musical history is complemented by a metronome and stopwatches used by Szpilman when composing.

The Omega pocket watch and the Montblanc pen also tell an amazing story, as the only items that Szpilman managed to save from the war. They accompanied him when he lived in the Warsaw Ghetto, and also when he was hiding in the ruins of Warsaw tenements. They constituted a kind of amulet for him, were discussed in his autobiography and used in the film The Pianist. There will also be an exhibition of Szpilman’s favourite tobacco pipes, cufflinks and bow ties used during concerts, as well as paintings and items of craftsmanship which were part of the decoration of Szpilman’s house on Gimnastyczna Street in Warsaw.

On September 23, 1939, Władysław Szpilman, amidst the tremendous rumble of bombs, barely able to hear the sounds of the piano, played for half an hour the last recital of Fryderyk Chopin in the studio of Polish Radio. It was on that day that German bombings interrupted the functioning of the radio station for years and brutally interrupted the career of the artist who became a legend, composing such hits as the song Kiedy kochasz się w dziewczynie performed by the famous Polish baritone, Mieczysław Fogg.

To support his parents, sister and brother, Szpilman continued to play in cafés and concert rooms. In 1940 he, along with most of Warsaw’s Jews, was forced by the Nazis to move to the Warsaw Ghetto. There he lost his whole family, but thanks to the help of a Jewish policeman he avoided being deported to the Treblinka death camp. He worked as a slave labourer until he managed to escape to the so-called Aryan side of Warsaw in 1943. He was hiding in the ruins of a house at Aleje Niepodległości 223, where he was discovered by a German Wehrmacht captain, Wilm Hosenfeld, who supplied him with food.

After the war, Szpilman composed musicals, film scores and theatre music. He died in 2000. The Pianist was released in 2002. A stage production of The Pianist directed by the playwright and screenwriter Emily Mann, is planned for Off-Broadway later this autumn. Helena Szpilman’s memoirs, The Pianist’s Wife, are also set to be published soon.

Viktor Orbán’s latest victim: Budapest’s University for Theatre and Film
A walk around Tallinn is a walk back in time
Comment