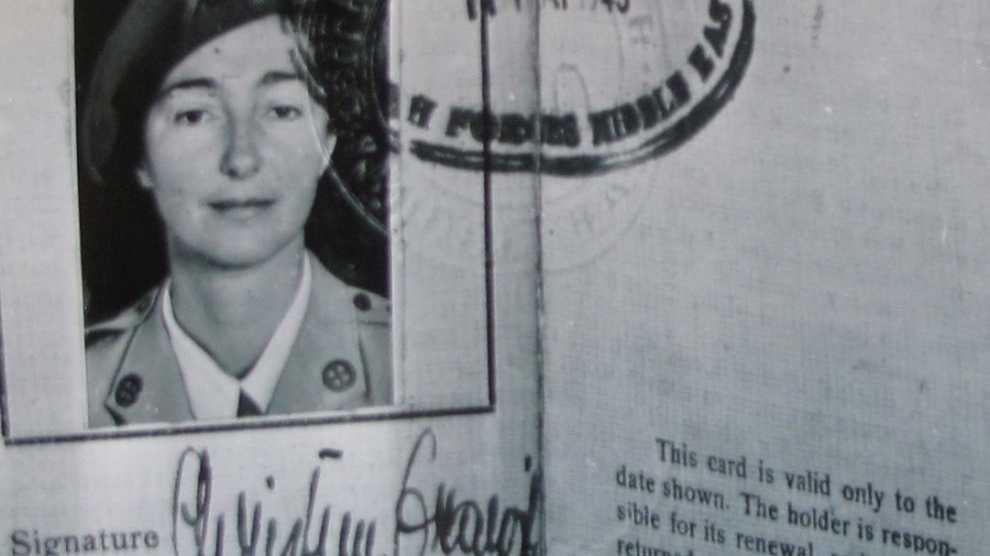 English Heritage this week unveiled a prestigious blue plaque to Christine Granville, the Polish World War II special agent who Winston Churchill once called his “favourite spy”. The new plaque marks the 1 Lexham Gardens Hotel (then the Shelbourne Hotel) in Kensington – the hotel was Granville’s London base after the war, in the centre of the city’s post-war Polish community.

London’s famous blue plaques date back to 1866 and link the people of the past with the buildings of the present. It is thought to be the oldest of its kind in the world.

“A flaming Polish patriot, an expert skier and great adventuress” was how her recruiting agent described her, and Granville served with distinction in three theatres of war – Eastern Europe, the Middle East and Western Europe. Throughout the war, she went by many aliases but early in the conflict she was issued with a British passport in the name of Christine Granville and she later wrote, “I want to keep the name Granville that I have made for myself, and of which I am rather proud”.

Her successful missions included skiing over the snow-bound Polish border in temperatures of -30°C, smuggling microfilm across Europe which proved Hitler’s plans to invade the Soviet Union, and rescuing French Resistance agents from the Gestapo. It is said that Granville was the inspiration for Vesper Lynd, a spy in Ian Fleming’s first James Bond novel, Casino Royale.

Granville’s most famous exploit was securing the release of SOE agents Francis Cammaerts and Xan Fielding from a German prison hours before they were to be executed. She did so by meeting (at great personal risk) with the Gestapo commander in Digne-les-Bains, France, telling him she was a British agent, and persuading him with threats, lies, and a two million franc bribe to release the agents.

Several years after the Digne incident, in London, she told another Pole and fellow World War II veteran that, during her negotiations with the Gestapo, she had been unaware of any danger to herself. Only after she and her comrades had made good their escape did it hit home: “What have I done! They could have shot me as well.”

According to Anna Eavis, curatorial director at English Heritage, “Christine Granville served Britain bravely and brilliantly during the Second World War. We hope that our blue plaque will help more people to discover her remarkable story and her connection with London.”

Clare Mulley, author of The Spy Who Loved, Granville’s biography, says: “All too often women in the resistance are remembered for the beauty and courage, while their achievements are overlooked. Krystyna Skarbek, aka Christine Granville, was one of the most effective special agents to serve Britain during the Second World War, male or female.

“Her achievements, which included securing the defection of an entire German garrison in a strategic pass in the Alps, and saving the lives of many of her male colleagues, led Churchill to call her his favourite spy, and Britain to honour her with the George Medal and OBE.”

The Polish Ambassador to London Arkady Rzegocki is equally effusive in his praise.

“Krystyna Skarbek’s contribution to the Allied effort is undeniable and she reminds us about the close and effective cooperation between Polish and British intelligence services,” he says.

“As part of the Special Operations Executive (SOE), an organisation formed to conduct espionage, sabotage and reconnaissance missions in Nazi-occupied Europe, she gathered valuable intelligence, such as crucial information on the Nazi’s preparations for Operation Barbarossa, the proposed invasion of the Soviet Union,” adds Rzegocki. “Skarbek impressed British Prime Minister Winston Churchill so much he dubbed her his favourite spy. I am proud and pleased that English Heritage is honouring Krystyna Skarbek with a blue plaque to pay tribute to the memory of one of the most remarkable World War II secret agents.”

The English Heritage blue plaque which now adorns the former Shelbourne Hotel is inscribed with both her adopted and original names. After her outstanding wartime career, Granville faced what she described as “the horrors of peace”, and despite her wartime heroics she initially struggled to get full British citizenship.

The Shelbourne Hotel – run by the Polish Relief Society – provided her with welcome cheap accommodation. The hotel was her home from 1949 until her tragic death there at the hands of an obsessed stalker in 1952. Her assailant, Dennis Muldowney, was convicted and hanged at HMP Pentonville in September 1952.

In 1971, a trunk containing Granville’s clothes, papers, and SOE issue dagger were found in a storeroom of the Shelbourne Hotel. The dagger, her medals, and some of her papers are now held in the Polish Institute and Sikorski Museum in Knightsbridge, London.

Christine Granville is the latest female secret agent from World War II to receive a blue plaque from English Heritage, joining Violette Szabo and – most recently – Noor Inayat Khan. Only 14 per cent of the over 950 London blue plaques celebrate women and while this is still unacceptably low, English Heritage’s ongoing ‘plaques for women’ campaign has seen a dramatic rise in the number of public nominations for women since the campaign was launched in 2016.

Later this year, the charity will unveil a plaque to Barbara Hepworth, one of the 20th century’s greatest artists.