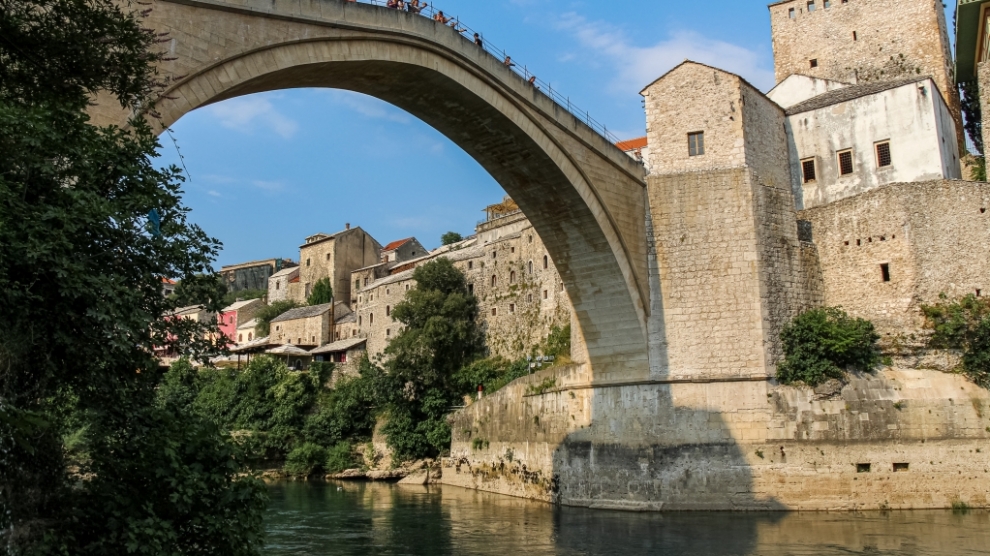 It’s been twenty years since the last of the armed conflicts in the Western Balkans, but the effects persist. While countries in the region are attempting to start regional cooperation initiatives like the so-called mini-Schengen agreement, old ethnic and religious tensions are still very much a part of regional politics.

One area where this is clear is in how the events of the 1990s, from the initial breakup of Yugoslavia to the Kosovo War, are memorialised around the region.

According to a recent Mapping Inclusive Memory Initiatives in the Western Balkans report by the Dutch NGO PAX, which works in conflict zones to promote peace and reconciliation, exclusionary and nationalistic remembrance prevails over any attempts to form an inclusive culture of memory that would condemn all war crimes while remembering and honouring all of the victims.

Instead, the political elites of the region persist in national victimhood narratives while ignoring or downplaying any crimes committed by their own side. What’s more, projects that actually attempt to bring a pluralistic perspective generally invite antagonism and critique from those in power. Celebrating war criminals has also become a norm across the region.

But why are inclusive politics of memory so important?

‘Every Serb would be ashamed’

When Boris Milošević, a member of the Independent Democratic Serb Party in Croatia and deputy prime minister in charge of social affairs, decided to attend a commemoration of Operation Storm – the last major battle of the Croatian War of Independence – in Knin, reactions in Serbia were overwhelmingly negative. “Every Serb would be ashamed of this,” wrote the daily newspaper Novosti.

Milošević was criticised by some ring-wing Croatian commentators too, who saw his attendance as way to “force a Serbian narrative.”

Operation Storm remains one of the most controversial events in recent regional history. Seen as a liberation of occupied territory in Croatia, Serbia considers it an ethnic cleansing campaign.

In September this year, the Croatian PM Andrej Plenković was present at a commemoration for Serbian civilians who were killed at Varivode. He was the first Croatian prime minister to attend in twenty years.

But despite these events, regional commemorative events remain largely isolationist, exclusive, and nationalistic, as the PAX report notes.

Still, there are organisations around the region that are attempting to change this by bringing more than one perspective into the mix. However, according to the report, their activities are still organised mostly ad hoc and there isn’t a clear path to how these activities could effect lasting structural change in how the tragic events of the 1990s are commemorated. As the report notes, collaboration between these initiatives on a regional level does occur, but not in a strategic or cumulative manner leading often to duplicated efforts.

Ms Remijnse says that while there is communication between all these organisations, a persistent problem is the per-project funding they receive from international stakeholders, leaving them unable to pursue more long-term goals.

“They [local NGOs] say, we are so focused on our day to day work. It’s a lot of ad hoc work and we hardly have the time to sit down, think strategically, [about] how we could cooperate with a different initiative to for example get the topic higher on the agenda in Brussels… So, they would like to sit down and think about it but it’s a challenge,” Ms Remijnse tells Emerging Europe.

Another problem is the shrinking funding for civil society organisations around the region. This has in turn caused an atmosphere of scarcity and competition among the different NGOs that further inhibits collaboration.

The example of the Bosnian War Childhood Museum (WCM) is instructive in how governments deal with those initiatives they perceive as not fitting within official narratives. The WCM started out as a book published in 2013 by Jasminko Halilović about the experiences of children during the siege of Sarajevo and became an actual museum in 2017.

However, in September of 2020, the ministry of culture and sport of the Sarajevo canton decided to withhold 25,000 euros to WCM that were earmarked in the budget.

The organisation was accused of spending money in a “non-transparent” way to fund “the overly high wages of managers,” wages which in the statement were manipulatively represented in their gross amounts. Yet, according independent media in the country, the WCM did not misappropriate any funds, using them instead for the things NGOs commonly use funding for — wages, rents, and other costs of the project staff.

Events around the WCM also illustrate how pernicious the media situation is in the Western Balkan region, with states and ruling parties having an iron grip over most outlets, making it easy to attack and discredit any dissent. This also has the effect of drastically limiting the visibility and reach of any inclusive memorialisation projects.

It’s no wonder then, that these initiatives and actions of the NGOs, do not, as a rule, manage to permeate the mainstream culture in the region.

A lack of reach

This October in Belgrade, the Mirëdita, Dobar dan! festival (good day in Albanian and Serbian), which has been running since 2004, was besieged by protesters mostly from extreme ring-wing organisations. Behind a cordon of police in riot gear, the organisers promoted Tristan Halilaj’s short story collection Richard Gere was Here and held two debates — one on transitional justice, the other on culture of remembrance in Kosovo.

However, Ms Remijnse cautions against interpreting incidents such as these the feelings of the entire population.

“I don’t think it says something about all the people,” she says.

Often, inclusive memorialisation projects are centered on capitals and regional hubs, leaving many who live in the countryside out of the conversation.

“What NGOs could do more, and international donors, is not only focus on the capitals or the regional capitals but try and reach people who live way more out into the countryside and connect to local cultural centres. It’s expensive work because you need to cover a lot of ground. It’s easier to organise one or two things in the capital than to do grassroots work,” Ms Remijnse says.

Of course, there are certain initiatives that have tried to do this, such as projects with schools offering history books that have a more inclusive and factual outlook that the standard. However, these are still lacking in reach, owing in large part to a lack of funding and support by the national governments.

Which raises another important question, with the climate in the region being what it is, is it even realistic that NGOs in the politics of memory space can expect help and support from the governments?

“Looking at the current people and parties in power, it’s a long-shot,” Ms Remijnse says. But she does add that nevertheless, civil society organisations must still try to build bridges with national and local governments.

But is there still a way forward for the region from exclusive an and nationalistic remembrance toward inclusion and understanding?

According to Ms Remijnse, yes. But it will take a long time. She also adds that cross border actions are really important, especially with young people, who by doing so get the chance to hear the stories from another angle.

Finally, the European Union too, could play a role by sending clearer messages to the Western Balkans about the need for inclusive memorialisation and a politics of memory that won’t be nationalist and one-sided.

“This is not something that is going to change overnight, this takes generations,” Ms Remijnse concludes.

In Vilnius, a surreal tree for a surreal year
Will emerging Europe get a ski season this winter?
Comment