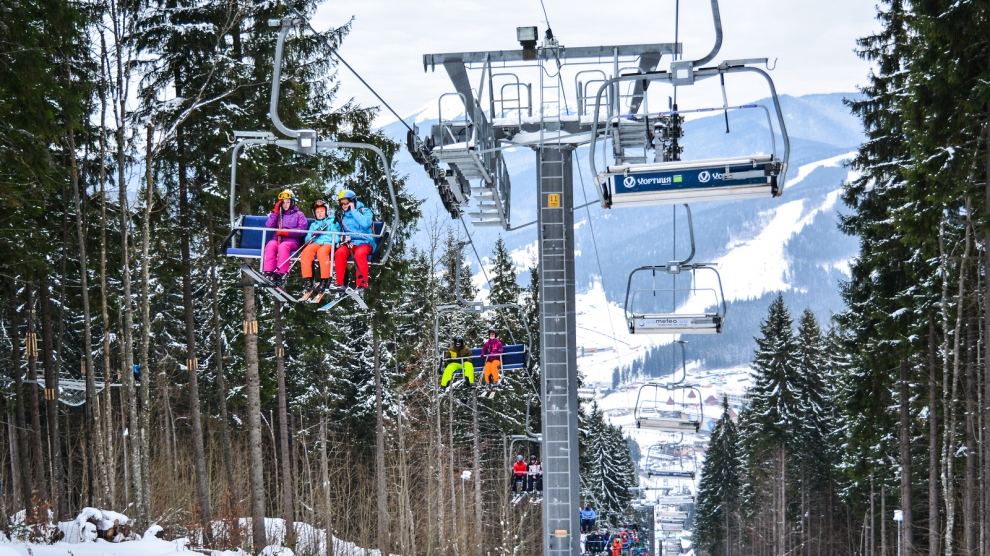 Even if the EU introduces a ban on visiting ski resorts to prevent the further spread of Covid-19, many of emerging Europe’s best winter sports destinations, which are located outside the bloc, are likely to open. But will skiers take the risk?

Governments across Europe are currently at odds over a plan to bar ski holidays over Christmas and new year, with Germany, Italy and France in favour but Austria and Switzerland reluctant to damage a sector worth billions to their economies.

In emerging Europe, meanwhile, Poland has already said its ski slopes will reopen this season – but only for local residents and during the school holidays, with resort hotels and restaurants remaining closed.

Bulgaria also has no plans to cancel ski holidays in the country, with all three major resorts – Bansko, Pamporovo and Borovets – set to open on schedule in December.

“There is no reason to cancel the ski season. It’s not the sport but the apres-ski parties that sparked the spread of Covid-19 in Europe,” says Ivan Obreikov, spokesman for Ulen, a company operating ski lifts and gondolas in Bansko.

However, UK tour operator Balkan Holidays, which offers ski holidays to all three Bulgarian resorts, announced this week that it had taken “the difficult decision” to cancel all Bulgaria charter flights, flight only and package holidays departing December 19 up to and including January 16 next year.

“Together we will get through this and soon we will be able to once again visit the wonderful ski resorts we all love and enjoy,” it said in a letter to customers.

In Slovenia, a decision on whether to open ski resorts over Christmas is pending. However, an ongoing ban on public transport applies to cable cars which will effect several Slovenian resorts.

Nevertheless, most ski resorts in the country have begun preparing their pistes in the hope that by mid-December, they will get the go ahead to let tourists in.

Slovak resorts have not yet said how skiing in the Tatras will look this year. For most of them, the last season ended prematurely, when the government-introduced measures forced them to close in early March.

At emerging Europe’s best ski resort, Gudauri in Georgia, there is also uncertainty.

The Mountain Resorts Development Company, which operates the lifts at the resort, said this week that opening “depends on the epidemiological situation”.

Currently, hotels at the resort can only operate for quarantine purposes.

Coronavirus clusters in Alpine resorts such as Austria’s Ischgl played a key role in the exponential spread of the virus during the first wave of the pandemic earlier this year, with holidaymakers from several European countries bringing Covid-19 back home with them following ski trips abroad.

Conte has asked Italians not to take to the slopes at all during the Christmas holidays, and called on all other European countries with major winter sports sectors to agree on common rules to prevent cases being imported if Italy’s pistes stay closed.

“It will not be possible to allow holidays on the snow this year, we cannot afford it,” the Italian prime minister said after winter sports operators presented a new safety protocol limiting daily ski pass sales and ski-lift passenger numbers.

With most of emerging Europe’s best ski resorts located outside of the European Union, however, any bloc-wide ban – or European Commission recommendation – would likely not apply. Nevertheless, governments are broadly aware of the risks posed by ski resorts, not least on cable cars, gondola lifts and in the queues that can form at the base of mountains.

With tourism revenue – of which the winter sports industry is a key part – essential to the economies of many countries in the region, most will be hoping that even if the beginning of the season has to be delayed until sometime in January, it will not be lost entirely.

What does look likely to be lost until the 2021-22 season is apres ski. The major outbreak of Covid-19 at Ischgl, in March, was caused primarily by skiers assembling in crowded bars once the slopes had closed for the day. The first case in the resort was reported on March 7 when a bartender tested positive.

Several lawsuits have since been filed against the Austrian government over the outbreak.

A consumer rights group has filed four civil suits, and says it hopes to bring at least one class action lawsuit next year on behalf of thousands of people who were at the country’s resorts.

As eager as resorts in emerging Europe will be to open at some stage this season, they will also be keen to avoid a repetition of what happened in Ischgl. As with much that surrounds Covid-19, balancing risk with the need to keep economies moving is tricky, especially in the remote regions that rely on winter sports tourism.

Most likely, the majority of emerging Europe’s resorts will be open, and whether or not we visit them will be a personal choice.

Personally, however, I have little urge to ski this year. I live just two hours from a couple of ski resorts in Romania and usually ski as many days as possible, often after a fall of fresh snow. It helps to clear the head, to escape the office for a few hours.

This year will be different. The slopes can wait until next winter.

Politics of memory and memorialisation: Is there an inclusive way forward for the Western Balkans?
Squatting Slavs: One of the internet’s best-known memes is evolving
Comment