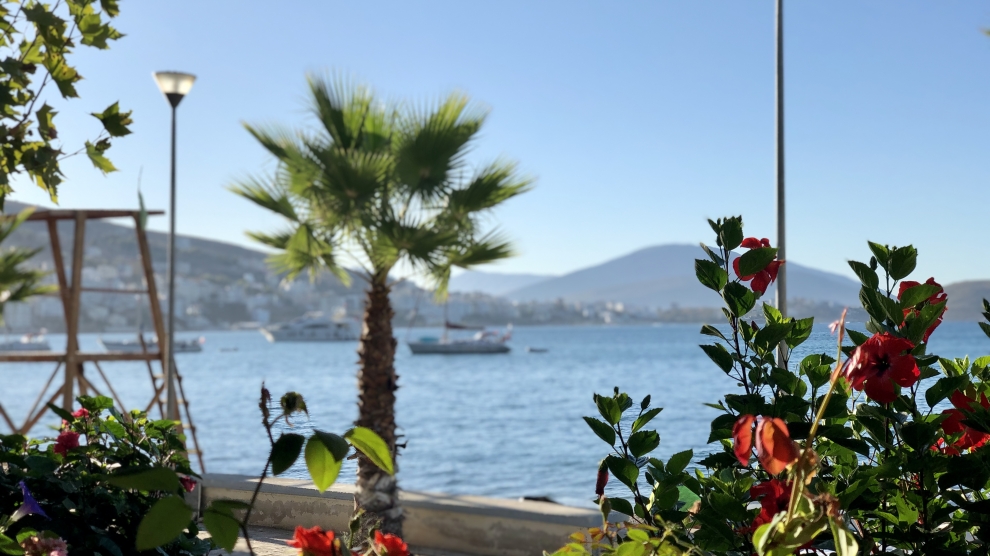 “There is a bus stops on the square next to an oak tree close to the port,” I am told when I try to find out how to get to my apartment in Sarandë, a resort on the Albanian Riviera, in the southern part of the country.

I have just arrived from the nearby Greek island of Corfu, and it’s early on Sunday morning, with not many people on the streets, but quite a few taxi drivers fishing for potential foreign customers arriving at the port.

I walk down the street and spot the famous oak tree and a small bus stop. The local bus departs on the hour so I still have about 15 minutes to enjoy people and car watching. The fleet is more diverse now than a few years ago when I last visited, but I sense the attachment to Mercedes cars, especially among cabbies, has remained.

“Hier is unsere Bushalltestelle,” I suddenly hear a German lady say to her five travel companions. I soon find out the three elderly couples are on their way to Ksamil, one of the most frequented coastal resorts and part of Butrint National Park, which was, in fact, included on the Guardian’s list of 20 of the best bargain beach holidays back in 2013. All that makes me want to visit the place too, so I am hungry for more information. But as soon as the local bus arrives, thoughts turn to their home country: a large banner on the side of the bus is advertising a sightseeing tour in Potsdam, leaving from Berlin. The bus, like many of the Mercedes on Sarandë’s roads, no doubt had a previous life in the German capital. 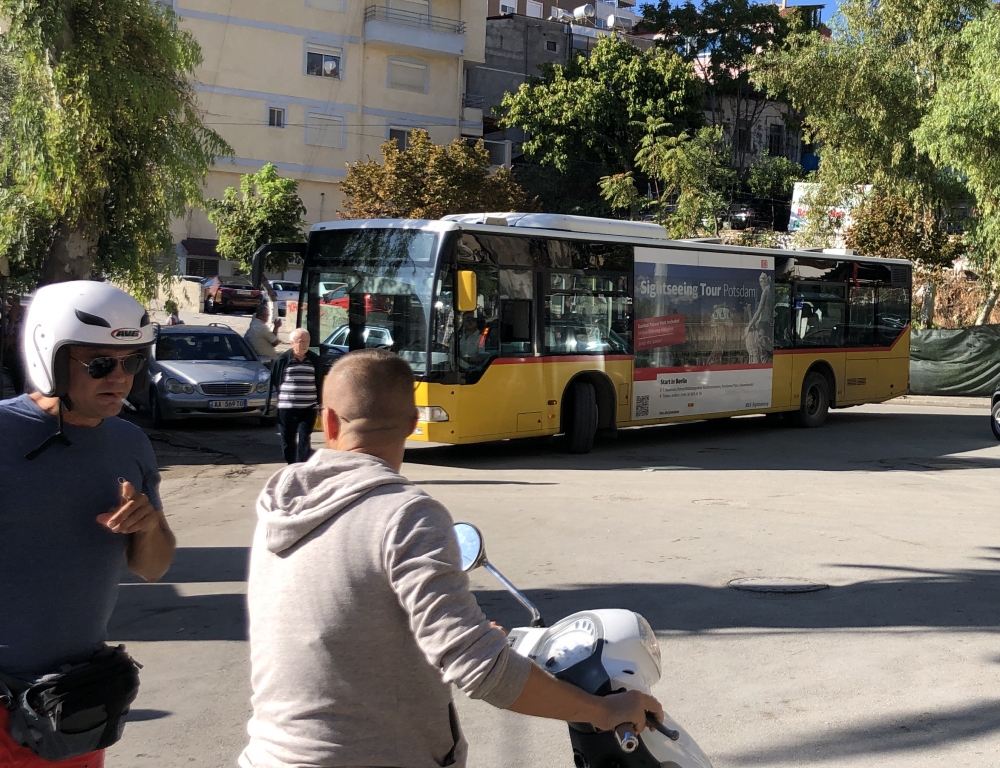 I get on the bus and quickly realise that although there were less than a dozen people at the oak tree bus stop, it is now almost full. I secure a seat but I soon think that perhaps standing would be a better option as we get to the next stop where a large group of passengers waiting. Within five seconds they are tightly packed together and a gentlemen – who soon revealed himself to be a ticket collector – had to push three Brazilian guys inside to make sure the door would close.

The smirks on the faces of all foreign passengers were invaluable when the ticket collector started elbowing through the crowd and taking fares. By the time he reached me, I had already had to call him and ask the driver to halt the bus, as the stop buttons were no longer working. “Good luck,” one of the Germans said to me when he saw me trying to get out. It might be equally challenging to get off the London tube, but at least here in Sarandë, at  75 Albanian lek, or 60 euro cents, a single ride is five times cheaper, and surprisingly, you get quite an international crowd.

No wonder. International tourists are increasingly attracted to the Albanian resort. Sarandë typically enjoys over 300 sunny days a year. I am here at the end of September and the temperature is still close to 30 degrees Celsius. But it’s also the town’s rich history that brings in visitors: its name derives from the Byzantine monastery of the Agioi Saranda, meaning the Forty Saints, in honour of the Forty Martyrs of Sebaste. The resort is also where the first synagogue in Albania was erected in the 4-5th century and was an important destination in the time of Cicero, who called it the ideal place to make the passage from the ancient Greek state of Epirus to Italy, a bit more than 100 km away.

I thought the easiest way to get to Sarandë would be to fly from London to Corfu and take a ferry. Despite the off-peak travel season, the airport (under some sort of reconstruction) was quite busy for the time of day with plenty of Brits, Germans, Russians and Poles milling around. So was the port in fact, not least the passengers for three different ferries, all departing at the same time, had to wait in the same place.

I almost missed mine. My ticket said I would take the Santa but that the vessel I should board was the Kristi. The destination didn’t seem that important. In this part of the world, where bus stops are denoted by oak trees, it is the journey that counts the most.