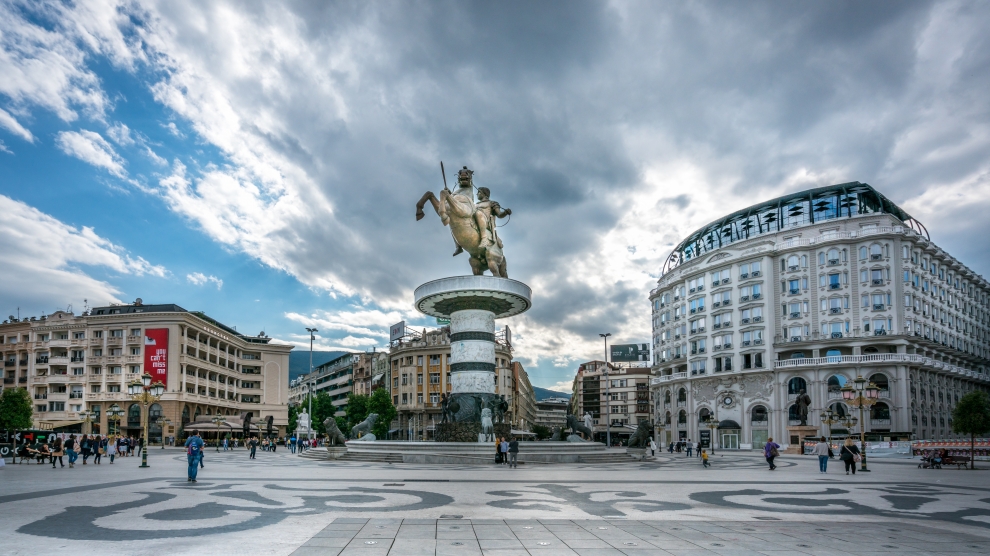 Tell me what you think about this whole issue of changing the country’s name, I ask a friend of mine as we walk past a massive statue of Alexander the Great surrounded by ten warriors. We are headed to a restaurant on the river front with a view of pseudo-ancient buildings which remind me of Las Vegas or Macau. I am always overwhelmed by the architecture of central Skopje. He spots that. I know what you’re thinking, he says. Well, I’d say there are more statues in Skopje than people, I reply.

We laugh but he quickly reminds me about the question I asked. About the name, you know, it is not a very pleasant thing to happen but it is an inevitable one. Living in the past has cost our country and the Balkans so much that at this point it jeopardises our future. The nationalist model of politics was a winning combination for so long that it has left marks in each and every country in the Balkans. What makes this even more pathetic than it first appears is that we are all so mixed. If we did a DNA test on random individuals we would be astonished by the ethnic mix. It is time to make peace with the old ways and look forward to the new world of mutual respect and prosperity where we accomplish our targets together as a region, regardless of labels.

My 30-year-old friend, born in Macedonia and educated abroad, manages a successful business with massive growth potential and is clearly interested in the country’s future. So is my other friend, who I meet a few hours later for coffee. She was also born in Macedonia, lived and worked abroad and now empowers young people through her work for national and international non-governmental organisations.

The whole issue was not communicated properly, she tells me about the name change. People were told it was a huge success and in fact it wasn’t. They should have been told this was a compromise made for the sake of our future, our children’s future, as we want to part of the European Union. They would rather be told the truth. This was a compromise, one of the many people need make in life. She adds that it’s time to do away with ethnic, religious and political divisions.

This is my first visit to Macedonia in two and a half years and chance to see firsthand if and how Macedonia has overcome the political crisis I witnessed in 2016, and how the country is processing the change of its name. I also want to see how it is looking to the future. However, the primary reason of my visit is to speak at the Macedonia 2025 Summit, which is an annual conference organised by the Macedonian diaspora. It is meant to be apolitical and non-religious and its main message is to build a strong country that enhances similarities between its inhabitants not the differences, and inspires Macedonians to grow as individuals and the country to grow as a whole.

Listening to inspirational speeches by successful Macedonians who have come to Skopje from the US, Canada, Australia and all over Europe makes me believe that there are great prospects for this country of two million people. Perhaps these enormous statues and pseudo-ancient buildings are there to motivate them to constantly improve. If that is the case, let it be.

Yesterday is gone. Tomorrow has not yet come. We have only today. Let us begin, St Mother Theresa, who was born in Skopje over 100 years ago, once said. Don’t wait for leaders. Do it alone, person to person, she added.

Book review: Via the Left Bank of the ‘90s
Postcard from Sofia
Comment