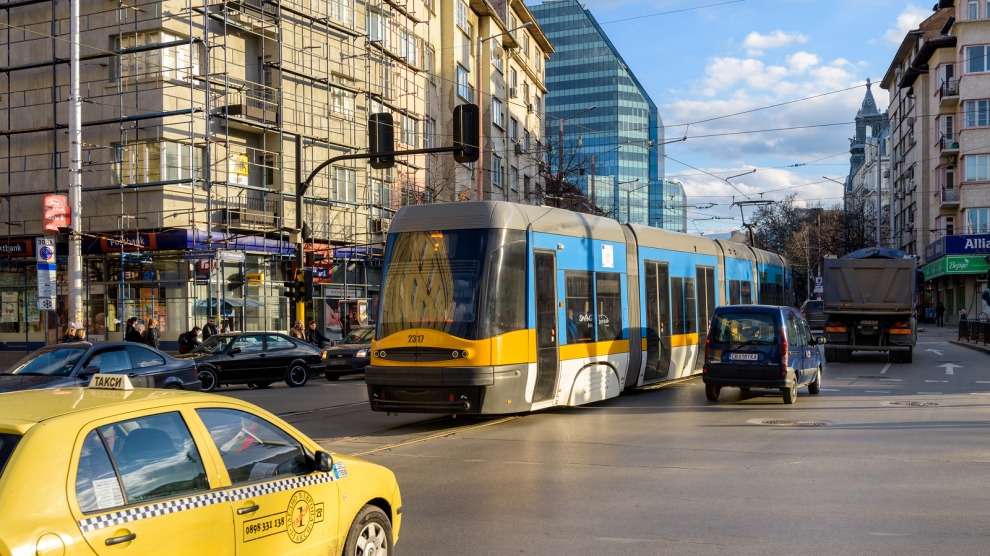 This is Bulgaria. I speak Bulgarian. I don’t speak English or Chinese, says Plamen, a short and skinny taxi driver in his late fifties. He is quite assertive in his statement, which comes when I ask him if he takes payment by card. I don’t understand, he says. I am rather surprised by his attitude given that it doesn’t really match his physique.

My poor Russian is good enough for me to make out the words kitayski, anglitsky and az gavorya. I figure he used the same words in his answer to my message sent via TaxiMe, an app I had downloaded having tried Uber, Taxify and myTaxi. I also realise right away that my driver is one of those people who think that if they speak long and loud enough then they will eventually be understood. I end up saying bankomat with a questioning tone, even though my rule is not to withdraw cash in any local currencies.

I spend about eight hours in Sofia this time but I need four cab rides and each of them seems to add a new and unforgettable experience to the trip. I also come to a conclusion that Sofia could use a decent taxi app helping those who do not read Cyrillic or would love to know where they are going and how much they are going to pay. I still remember my visit to Bulgaria’s capital a couple of years ago when I paid through the nose for a very short ride as the driver had sped up the metre in a mysterious way.

Earlier I enter the arrivals hall at Sofia airport and I am soon surrounded by quite a few undercover cabbies offering a ride. I politely decline multiple times and head to the taxi desk close to the Terminal 1 exit. I get a piece of paper stating my name ‘Andriu,’ the destination and the car registration number. I leave the terminal and my driver is already there. I make sure I will be able to pay by card. He confirms that I can.

It’s an interesting car, this Volkswagen Caddy, I think to myself. It has a back seat but the door is blocked and the driver points to the front one. It is quite warm but the car doesn’t seem to have A/C working. I wind down the window. The driver does it too and unexpectedly clears his throat quite thoroughly and spits something out through the window. I am hoping this was a one-off but he does it again, more than once. When we arrive I pull out my phone to pay contactless. He doesn’t look convinced but goes for it. Can I have a receipt, please? I ask politely pointing to one sticking out of the metre. No, he says, without hesitation.

It is a late afternoon and I try the TaxiMe up again but there are no cars available. I google taxi companies and try calling a couple of them. One calls me back and says a car could pick me up in 20 minutes, the earliest. I have already waited for about half an hour so I say I will try my luck by flagging a cab on the street. I walk for a few hundred metres and see over a dozen cabs. Most of them are taken, and if they are not, they wag their fingers giving me a clear sign that my custom is not wanted.

Eventually, I spot a gas station where two taxis are waiting. I target one. I show him the address and he says he will get me there. I feel relieved, although only for about two minutes. He starts slaloming between cars, presses the accelerator, overtakes and suddenly hits the brake pedal. I hold tight like a first-timer on a bumpy flight but this actually feels like Formula 1, except it is not a circuit but the streets of Sofia. I smoke, OK? he asks and I don’t dare to say no. I say OK, hoping we’ll get there safe and sound if he focuses on smoking rather than overtaking every single car on the road.

I decide to have dinner at the Sense Hotel. I get there and ask the receptionist if she could do me a favour and get me a cab at 8pm. I can do this favour to you, she says, winking mischievously. She delivers on her promise — my best cab today. The driver doesn’t speak much English but he accepts card payments and gets me to Terminal 2 in a quarter of an hour. Most importantly, his car is actually the tidiest out out the four I rode in.

Earlier, I could barely find enough room for my backpack in Plamen’s car. The dashboard and the area around the gear box were full of cords and leads and various miscellany. Bankomat, he says literally 30 seconds into the ride pointing to a bank. I have no idea how much the ride will cost and since I am leaving tonight, I don’t really want to keep excess foreign cash in my wallet. Later, I say, and he continues. We reach the destination. It seems quite empty with just offices around, hardly any people, no cafes, no shops and definitely no bankomats. My colleague is already there and pays for my ride.

In the meantime, Plamen’s assertiveness has faded out. Should I say thank you or perhaps xièxie. But I don’t want to tease the lion and I just say blagodarya. In the end, I am in Bulgaria where people speak Bulgarian.