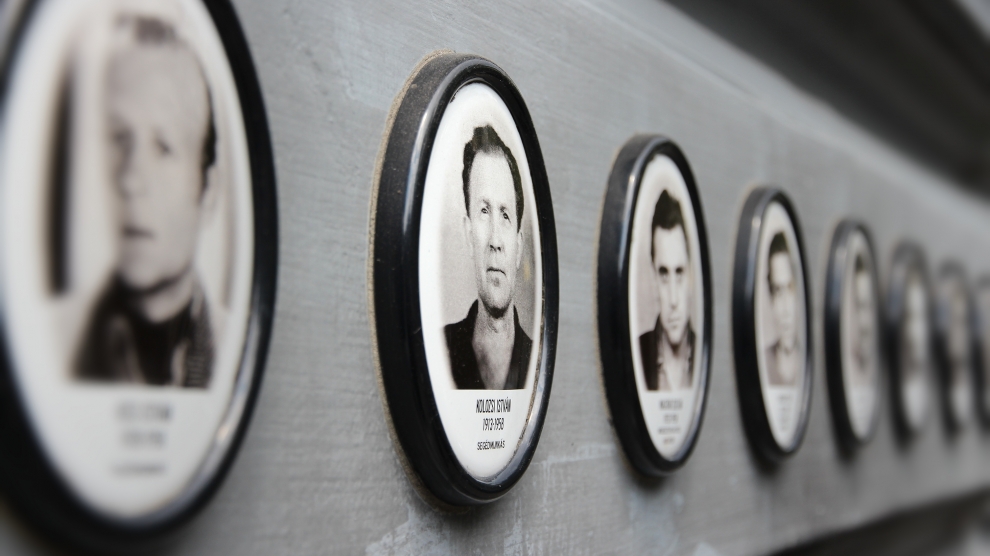 It was an early Sunday morning on November 4, 64 years ago. Soviet tanks rolled into Budapest to crush, once and for all, a national uprising. It is said that the soldiers – mostly originating from the Asian parts of the USSR – barely knew where they were or who they were fighting against.

About an hour later, Imre Nagy, the prime minister of the 1956 revolutionary government whose attempt to establish Hungary’s independence from the Soviet Union eventually cost him his life, made a dramatic radio speech:

“This is Imre Nagy speaking, chairman of the Council of Ministers of the Hungarian People’s Republic. In the early hours of this morning, Soviet troops started an attack on our capital with the obvious aim of overthrowing the legal and democratic Hungarian government… Our troops are fighting. The Government is in place.”

Within hours, Mr Nagy had sought political asylum at the Yugoslav Embassy in Budapest.

Meanwhile, István Bibó, the minister of state at the time, a lawyer, political thinker, prolific essayist, persistent advocate of democratic values and the author of The Art of Peacemaking: Political Essays, wrote a proclamation. In it, he declared that Hungary had no intention of pursuing anti-Soviet policies and refuted the accusation that the uprising was fascist or anti-communist in sentiment. He also urged Hungarians not to recognise the occupying Soviet forces or a puppet government.

“I ask the great powers and the wise and brave decision of the United Nations in the name of the freedom of oppressed nations. God save Hungary!” his proclamation ended.

Hungarian radio went off the air at around 8am with a woman’s appeal to “help Hungary … Help, help, help…” In the mid-afternoon, a Vienna monitor picked up what was apparently the last rebel-held radio station in Hungary. It too broadcast repeated calls for help.

“Civilised people of the world. On the watchtower of a thousand-year-old Hungary, the last flames begin to go out. Soviet tanks and guns are roaring over Hungarian soil. Our women, mothers and daughters – are sitting in dread. They still have terrible memories of the army’s entry in 1945. Save our souls. This word may be the last from the last Hungarian freedom station. Listen to our call. Help us – not with advice, not with words, but with action, with soldiers and arms.”

The revolution was stifled within hours.

“The Hungarian counter-revolution has been crushed,” Moscow radio announced at about 1pm, adding that a new “Revolutionary Workers’ and Peasants Government” had been formed under János Kádár, the former “Titoist” who became first secretary of the Communist party at one point in the rebellion.

Mr Nagy, before he disappeared, had appealed for immediate intervention by the United Nations. Some hours before, the Security Council had already met in special session in New York to discuss the situation in Hungary. The Soviet Union vetoed an American resolution calling on for an end to the intervention and the withdrawal of Soviet troops. The UN General Assembly, where the veto cannot be used, was promptly called to take up the Hungarian appeal.

US President Dwight Eisenhower sent an urgent message to Nikolai Bulganin, the prime minister of the USSR, asking him to withdraw the Soviet troops and to allow Hungary to choose its own government, but the message fell on deaf ears.

Hungarians continued to fight the Soviets over the next few days. The resistance finally ended on November 11. János Kádár gave his first radio speech as Hungary’s new prime minister, in which he declared the revolution to have been crushed.

The cost of the Soviet repression was high. Between October 23, 1956 and January 16, 1957, some 2,652 people died, 19,226 people were injured and about 200,000 more fled as refugees. They were welcomed as heroes across the world. Hungary’s own attitude towards refugees is today markedly different.

Nagy would eventually be arrested, having been betrayed by Kádár, who had offered him free passage if he left the Yugoslav Embassy. He was executed in 1958 and buried in an unmarked grave.

In 1989 Hungary’s now prime minister, Viktor Orbán – then an anti-communist activist – addressed a rally celebrating the reburial and rehabilitation of Nagy. In 2018 however, the Hungarian authorities removed a much-loved statue of Nagy that had stood since 1997 in front of Hungary’s parliament in Budapest. The statue was moved to Jaszai Mari Square, away from the parliament building. In its place is a memorial dedicated to the those killed during the Red Terror of 1919’s short-lived Hungarian Soviet Republic. A similar memorial stood in the same place before World War II.