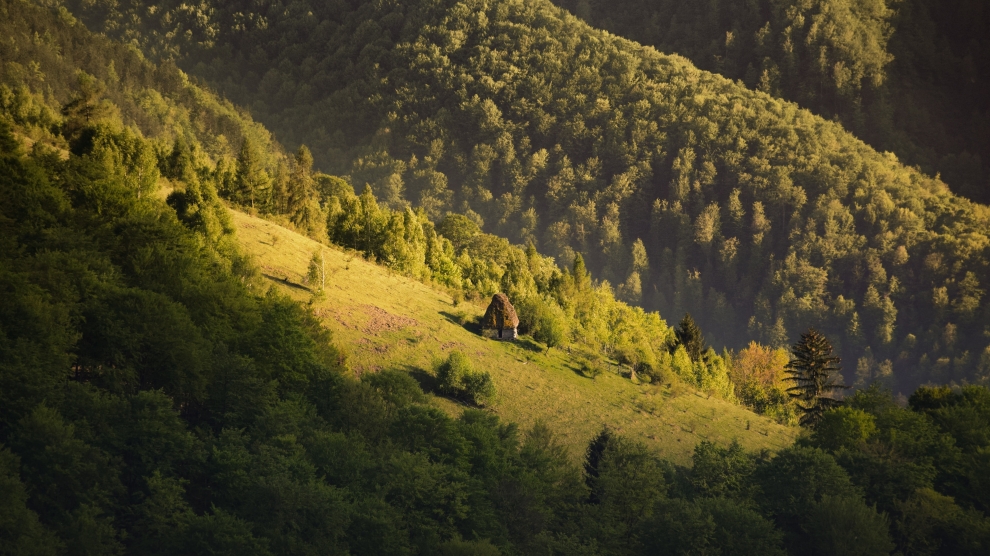 Greenpeace Romania has turned to witchcraft in order to take action against the indifference of the country’s authorities towards illegal logging.

In its latest campaign, Curse for Good, Greenpeace has chosen a Romanian witch to cast spells on illegal loggers and the authorities.

“Forests give us energy, strength and peace,” says the witch, Irina Primavera. “To cut down a tree is to cut down a human soul.”

You can see Irina in action in the campaign movie:

Six hectares of wood are disappearing every hour in Romania due to illegal and (irresponsible) legal logging. For each tree legally cut, another is illegally chopped down. Yearly, Romania is losing 20 million cubic metres of wood, which translates into a loss to the Romanian budget of five billion lei (1.05 billion euros, or 0.6 per cent of the country’s GDP), without including the social and ecological consequences.

With the Curse for Good campaign Greenpeace Romania aims to put pressure on the country’s ministry of waters and forests to urgently change the current system of tracking wood, and employ a 21st century technological solution to automatically monitor Romania’s forests.

“Unfortunately, all the Greenpeace Romania work from the last few years to protect the secular forests was not supported by local authorities,” say Greenpeace Romania representatives. “The Curse for Good campaign that we are launching is another way of mobilising superstitious Romanians to protect the forests and to demand of the authorities the immediate implementation of a functional and transparent tracking system. We are in this together, whether with magic, going to the police to make official complaints if we suspect illegal logging or taking part in public events dedicated to the cause.”

On November 4, thousands of Romanians marched in the capital Bucharest and other cities to protest against illegal logging. The protest was was organised by Greenpeace Romania, and received widespread publicity.

The protesters were demanding action over the recent killings of two forest workers who intervened to try and stop trees being illegally felled.

In all, at least six forest rangers have been killed in Romania in recent years.

Most recently, Liviu Pop was shot and killed on October 16, after responding to a tip-off about illegal logging. He left behind a partner and three children.

A month earlier, the body of Raducu Gorcioaia was found near an illegal logging site in Pașcani. He suffered serious head injuries, reportedly caused by an axe.

Romania is home to more than half of Europe’s last remaining primaeval forests, valuable ecosystems which host a vast range of wildlife including more than 6,000 brown bears, as well as wolves, lynx, and wildcats.

Moreover, many wooded areas in Romania – WWF Romania claims as much as 500,000 hectares – are not officially recognised as forests, and are therefore not treated as such.

Even though they fulfill the functions of a forest (according to internationally recognised definitions and criteria), they are not officially registered, and are therefore not guarded, monitored, cared for, regenerated or, as the case may be, protected. Ownership of these areas is often unclear, or contentious, while the fact that they are not registered as forests means that they can be legally cleared.

“We can either look at these forests and see 150 million square metres of timber or see half a million hectares providing essential environmental services at a national level,” says Radu Vlad, coordinator of regional projects and forest programme, WWF Romania.

The European Union has consistently warned the government in Bucharest of the dangers the significant decline of its green spaces could pose. There are serious concerns in Brussels that the decline could affect the climate on a continental scale.

Untold Stories: A chance to dream
New book explains why the Balkans are different
Comment