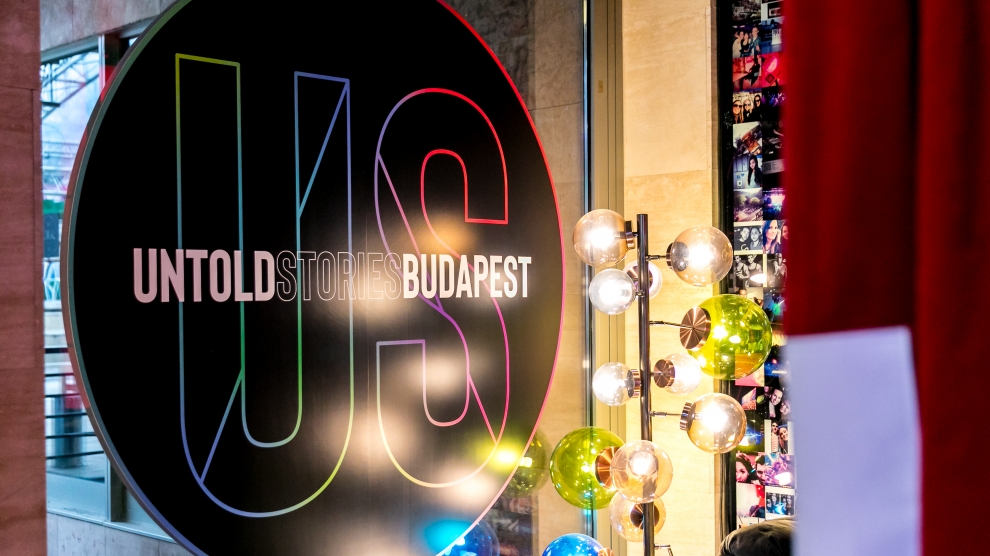 The right team, the right market, the (b)right idea. What are the main ingredients for building a successful start-up?

A recent event in Budapest saw me spend an entire day surrounded by founders (and aspiring founders) and taught me that the key to success is failure. I have seen it all: a dating app based on voices instead of images, a smart doorbell that can make people’s lives much easier, a platform that connect employers and remote freelancers, a new financial technology company offering a solution for lending, real estate tokenisation with a focus on providing liquidity, a platform for medical prevention.

It might seem obvious but in order to succeed we have to fail; over and over again. We have to listen to thousands of people saying no, you are not good. At the end of day we have to remember that while we might be dreamers, we’re not the only ones.

The event, Untold Stories, held on November 7, was just that: a group of dreamers who had the opportunity to meet those who turned their dreams into reality. Somebody once told me that a dream without money is hallucination. But the more people I talked to, the more I started to realise that the vision is what counts, not the money.

“The first stage when starting a business is learning and discovering,” said founder-turned-angel Zach Coelius. “It is also an experience of being told no.”

But sometimes it is hard to keep yourself motivated when everybody around you is diminishing your business.

“Usually it is a blend of delusion and vision,” Coelius tells Emerging Europe. “You see the world and you think Why do I have to call a taxi when I can just press a button and have a car in front of my door? That vision is sometimes right and here is where delusion comes. But I bet that every founder at the end of the journey can say Wow, did I make it through all this?”

The key to starting a business is simplicity. An idea is not enough. We have to be able to describe it in one sentence, something that everybody understands and they can be excited about.

“Discovery of the simple becomes so powerful,” says Coelius. 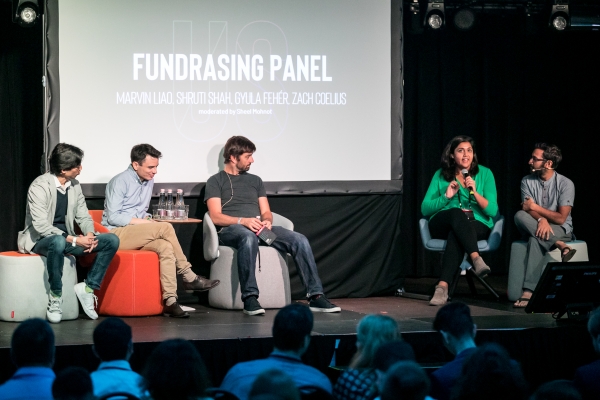 Once we have the right idea we have to turn it into a story, a good one, something that potential investors will like to listen to.

All stories take place somewhere, and that somewhere is the market.

“The size of the market must be big,” said Marvin Liao, a partner at Venture Capital Fund 500 Startups. “Even if now it is small, there is a potential to grow.”

And, according to Veronika Pistyur, general partner of Oktogon Ventures, some investments in the CEE region don’t happen precisely because of a lack of self-confidence and ambition.

Also, like all the good stories, you have to be aware of your enemies and have a clear view of who your competitors are.

“Analyse the competition. It is impossible to not have competition,” Liao continues. “Either you didn’t research enough or, if there is really no competition, then there is no market.”

“How do you find it?” asks Shruti Shah, entrepreneur-in-residence at Silicon Valley Bank. “Talk to customers about pain points. Then develop hypotheses how to solve these pain points. Build an MVP. But at the same time you have to keep talking to customers. This is one of the biggest mistakes, people do not talk to customers. Also, they want to build something that looks perfect but in doing so they delay the launch of their product.”

Hungarian start-up Cursor Insight was born to solve a pain point. Its member Gida Fabian tells Emerging Europe how he was struggling with a very trivial problem: cheats in video games. It was obvious some gamers were cheating. If only there was a way to recognise people behind cursors. From this simple pain point, Cursor Insight was founded and now it has evolved into a new bank signature that can recognise people’s handwriting.

Siram Krishnan, SVP product, partnerships and marketing at HeadSpin, agrees that talking to customers is essential.

“All founders have to realise if they are solving a real problem or not,” he tells Emerging Europe. “A lot of people do not think enough and they start companies for the sake of having a company. And they do not do much research. They don’t talk to customers.”

It could be argued that Central and Eastern Europe is a renowned pool of talent. There is no shortage of bright ideas, but it is sometimes quite difficult to get access to venture capital.

Hungarian start-up Talk-A-Bot is a chatbot provider that aims to automate and monetise business to human communication. Their website is attractive, their description simple. But would they get more access to funds if they moved to the Silicon Valley? For Zach Coelius, they are lucky to be here.

“Maybe in San Francisco you get billions of dollars of funds but then you cannot even hire engineers,” he says.

“It would be better to talk directly with the headquarters of companies instead of their subsidiaries,” Ákos Deliága, co-founder of Talk-A-Bot, tells Emerging Europe.

But things are changing. Coelius moved to San Francisco because, back then, you had to be in Silicon Valley to start a business. Now there are opportunities all over the world, and Central and Eastern Europe has its role to play.

There is also another side of getting funds in Silicon Valley,

“When state money is available for everybody, companies with no traction get funded,” believes Zsolt Weiszbart, venture partner at Day One Capital.

“The talent pool is a broken record now,” said Gyula Feher, former co-founder of UStream. “But also the mindset. In the Valley you see people spending all the money and not building anything. Here people are more conscious. And at the end they make this region competitive.”

So what can we do with the resources we have in place? There are alternatives. Revenue-based financing and raising venture capital might not always be the right choice, especially if the company is not at the right stage. 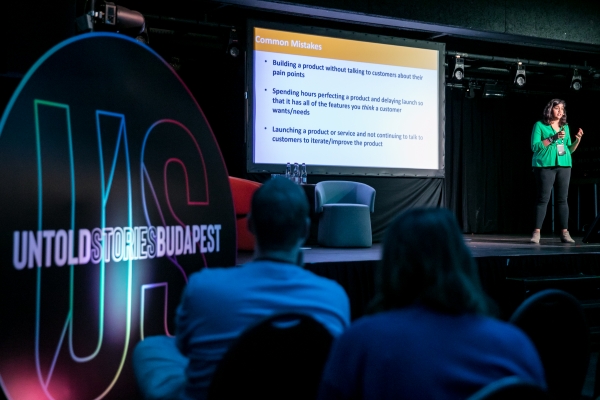 Tip #5: do not rush, stop and reflect

The sky is the limit, right? So it is time to take our start-up to the next level.

“There are many types of growth,” says Siram Krishnan. “It might be by improving your product, marketing growth, business growth, or expansion vertically or abroad. Founders must understand why they want to grow.”

Things that were difficult become easy (like finding customers, funds, traction). But what was easy turns into a challenge, like managing a growing number of employees.

“Doesn’t matter how good you are you will hit some limitations,” says Coelius. “In my company we made an ego mistake. We thought we were smarter, and the first. So instead of focus, of being simple, we said We do all of this. Over the space of two years, we lost everything because competitors started to win the market.”

And if you think you’ve made it, there will always be some obstacles if you are a woman as, unfortunately, women are still underrepresented in the entrepreneurial world.

Mariebeth Aquino is the founder of Austrian start-up XRIOUS, which is developing an intelligent B2B innovation discovery platform for AR/VR solutions to help XR providers get discovered and aid companies adopt innovations to stay competitive with its platforms’ search engine and proprietary benchmarking model. She is a woman and a tech founder. She has it all.

“When you are a female tech founder you have to be doubly prepared,” she tells Emerging Europe. “Standing-up is not easy. As a woman, I might add that it is not only important to talk to customers but also to know other people who can share advice. Networking is also important.”

The untold story of Untold Stories

That’s why an event such as Untold Stories was such a huge success. More than 250 people gathered in the Hungarian capital to share or listen to stories.

“We wanted to improve the entrepreneurial scene,” Csongor Biás, Untold Stories Budapest co-organiser and start-up lead at IVSZ, tells Emerging Europe. “Budapest was missing an international tech event. Existing conferences gather the same circles of people. But we wanted to put Budapest on the map. The ratio between start-ups and speakers was 10:1 so that it could be easy for participants to accomplish something.”

“I am amazed and my every expectation exceeded,” adds Krisztina Toth, Untold Stories Budapest co-organiser, president and co-founder of Startup Europe Networks and director of corporate affairs at Europa Media Group. “It is a format needed in the region, so we will improve it and repeat it next year.”

According to Biás, it might be worth increasing the diversity of participants, making the event even more international.

“Companies face similar challenges. It is important to build bridges with other regions,” he underlines.

“In Hungary there is collaboration between players and with this event we offered examples of how an ecosystem can play an important role,” Toth tells Emerging Europe.

But the region still lags behind Western Europe.

“For innovation to happen you need a supportive environment and the right skills,” says Carmen Ianosi, innovation and policy officer at the European Commission’s DG Connect. “In Western Europe it is easier because public and private investment is more available and regulation is more enabling. In CEE the right talent is there, so what we need to do now is to strengthen the local innovation ecosystems.”

Therefore, Ianosi believes that it is important to organise an event in the region because it offers encouragement to local innovative start-ups and entrepreneurs, it shows that they matter and they too, can make it.

And when someone believes in you, you can accomplish wonderful things.