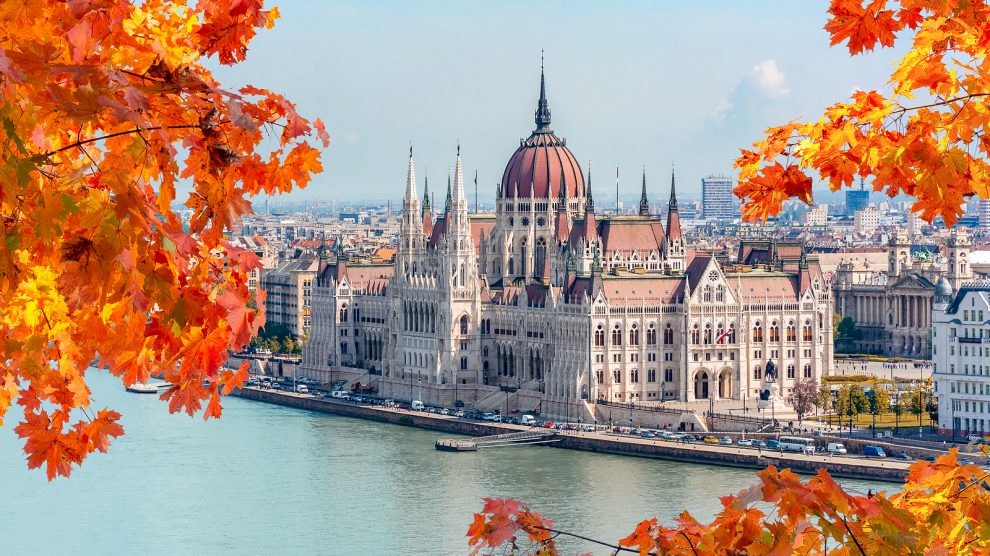 Hungary's magnificent parliament building, (Országház, in Hungarian) is one of the most emblematic symbols of both Budapest and the country itself. Situated on the Pest bank of the Danube river, it is the largest building in Hungary and one of its most popular tourist destinations. In 2018 it was visited by more than 700,000 people, 80 per cent of whom were foreigners. Here are six curiosities you might not know about the iconic building.

After the 1848 revolution, Hungary’s political elite came to an agreement with Austria, which eventually led to the creation of the Austro-Hungarian Dual Monarchy in 1867. Independent Hungary would pursue its own national identity with great fervour. For eight months in 1896, nationwide celebrations were held to mark the 1000th anniversary of the foundation of the first Kingdom of Hungary. Building the country’s own and permanent parliament building was an essential part of the celebrations.

The year 896 was when Hungarian tribes first conquered the Carpathian Basin, and is reflected in the design of parliament. The main staircase has 96 steps, while the central cupola is 96 metres high (and by law, no building in Budapest can be higher). Furthermore, the construction was scheduled to be completed by the celebrations for the first parliamentary session in the building to take place during the iconic year. While the building was eventually not finished until 1902, a celebratory session of the bicameral assembly was nevertheless held in the unfinished building on June 8, 1896.

In 1881, the Hungarian National Assembly announced a public call inviting architects to submit their designs for the building. Altogether, 19 applications were submitted. One reason why Steindl’s proposal was chose as the winner by Hungarian lawmakers is that his neo-Gothic plans bore a strong resemblance with the Palace of Westminster in London. Leading Hungarian politicians of the 19th century found it extremely important that the country’s new parliament building should symbolise their commitment to Western Europe, especially Britain, the country Hungarian reformers considered a political role model.

Legend has it that there was a political motive behind choosing Kossuth Square as the location of the parliament: Hungary’s politicians wanted the building to be the first thing the king, Franz Joseph, saw when he looked out of his residence, Buda Castle, opposite. The building therefore reminded the king that his power came from the Hungarian people.

4. The architect never saw his work

The chief architect and designer of the parliament, Imre Steindl, did not live to see his work completed: he died on August 31, 1902, shortly after he went blind. The building was inaugurated on October 8, 1902, although final construction work was only completed two years later.

5. It is not Budapest’s only parliament

There are two further buildings in Budapest that were originally designed to serve as Hungary’s parliament. Out of the 19 applications submitted, three plans in fact became a reality. The Ministry of Agriculture and the Ethnographical Museum, both on Kossuth Lajos Square. In the arcade of the Ministry of Agriculture you should look out for bullet holes: these have been preserved intact since the 1956 uprising.

6. Made in Hungary, except…

The entire building is made entirely with Hungarian materials, except on thing: the eight marble pillars situated next to the main staircase of the building were imported from Sweden.