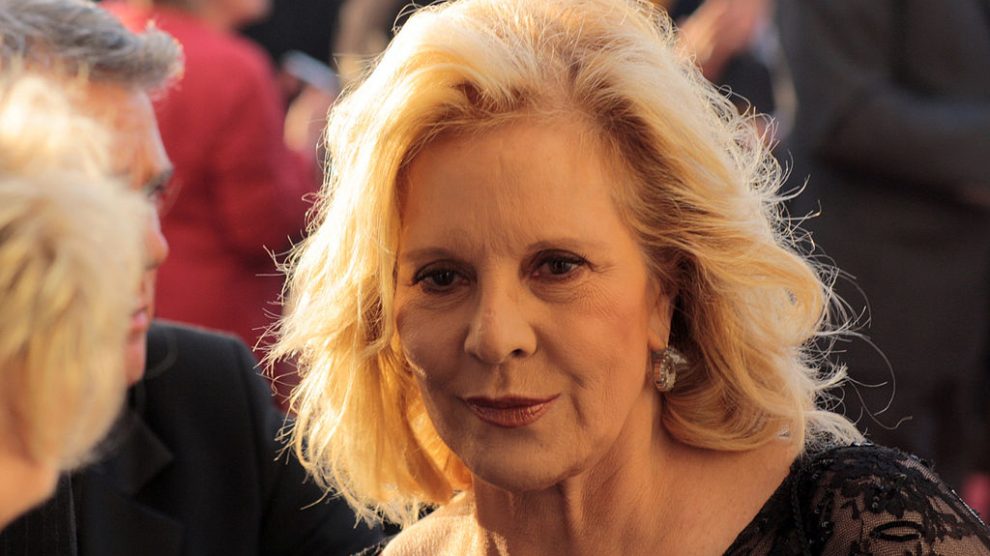 She’s been called the most famous French artist you’ve never heard of, but Sylvie Vartan has never forgotten her Bulgarian and Armenian roots.

Sylvie Vartan, born in Bulgaria to an Armenian father and a Jewish-Hungarian mother, relocated to Paris in the 1950s and in the 1960s became a europop icon thanks to hits which include La Plus Belle Pour Aller Danser, Si Je Chante, and Zum Zum Zum.

Despite now being in her late 70s, the pop diva is back with yet another album.

Vartan is often credited for popularising the counterculture yé-yé music genre which emerged in France and Southern Europe in the latter part of the 20th century, borrowing elements from mainstream American and British pop rock.

As asserted in a recent article about the performer in Vogue, “Sylvie Vartan just might be the most famous French woman you’ve never heard of”.

Her 1964 La Plus Belle Pour Aller Danser is amongst the most iconic songs of the yé-yé genre, but far from her only successful record. During a long and impressive career, Vartan has sold 50 million records and CDs and has been features on the covers of thousands of magazines, mostly in France.

Throughout the 1960s and 1970s, along with her then husband Johnny Hallyday, the so-called Elvis of France, Vartan was filled some of the most iconic Parisians theatres, including Olympia and the Palais des congrès de Paris.

However, Vartan could easily stand out without her famous husband, thanks to elaborate performances, costumes and choreography that became more and more adventurous with time.

Vartan was just nine years old when her family left communist Bulgaria, but is not apathetic towards her Armenian, Bulgarian and Hungarian heritage.

Her memories of her Armenian-Hungarian family feature heavily in the lyrics of many of her songs, including Mon Enfance (My childhood) and Mon père (My father). Another one of her best known songs is the 1968 hit La Maritza, named after a river which runs through Bulgaria.

From a very young age, Vartan (then still known by her father’s Armenian surname – Vartanian) dreamt of becoming a star.

At the age of eight she played the role of a schoolgirl in one of the most iconic Bulgarian films ever made, 1952’s Under the Yoke which tells the story of a Bulgarian anti-Ottoman uprising.

Nevertheless, just few months later, the family used connections at the French embassy in Sofia, where Vartan’s father worked, in order to flee the country.

While a few of her songs did enjoy some limited popularity in the Eastern Bloc, her Bulgarian, Armenian and Hungarian origins and her family’s journey away from communism were hidden from audiences behind the Iron Curtain.

In the 1990s she was among the first western celebrities to perform in Bulgaria, where she spoke to the audience in fluent Bulgarian and performed Oblache Le Bialo, a folk song that tells the story of migrants and refugees, and is generally used to represent the Bulgarian diaspora.

While nowhere near as well-known in Bulgaria as in France, Vartan’s charity work in Bulgaria has won her the title of an honorary citizen of Sofia.

Now in her late 70s, Vartan has surprised her fans by adding yet another album to her already impressive collection of records.

Merci pour le regard is Vartan’s 50th studio album and her 66th overall. It is also her first album with newly-released original songs in 10 years.

Released this month, the album includes 14 tracks in her signature style – classic and melancholic. Her songs are accompanied by guitars, trumpets, an accordion, a violin, and most frequently the piano, played by one of France’s favourite pianists, Gérard Daguerre.

The nostalgia for her past can still be seen in her newest songs, such as Le bleu de la mer noire (The blue of the Black Sea).

Vartan is currently on tour in France and Belgium until the end of November.