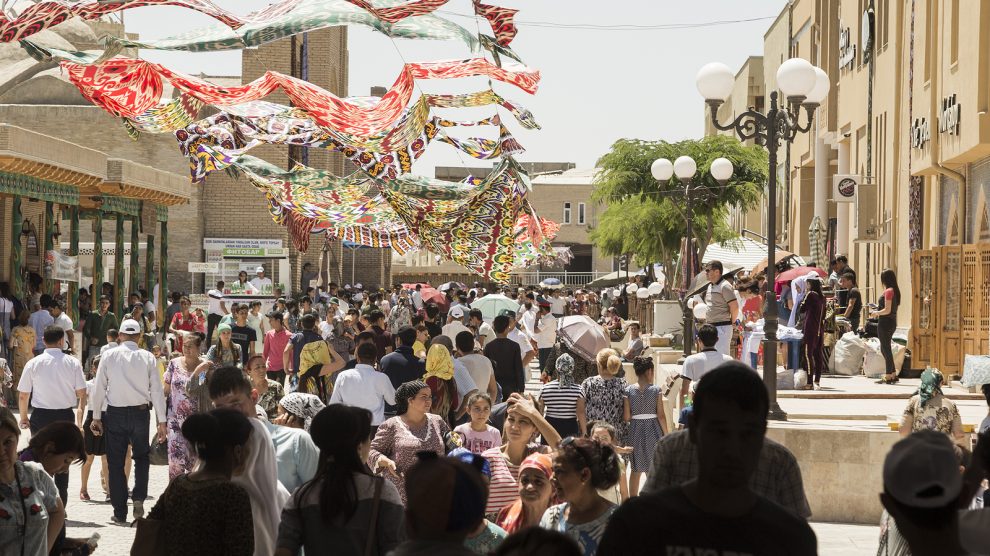 Estonia again leads emerging Europe in adherence to the rule of law, and there is marked improvement in Uzbekistan and Moldova.

Uzbekistan in Central Asia and Moldova in Eastern Europe saw the biggest improvement in adherence to the rule of law of any country in the world over the past year, according to a major new report published by the World Justice Project (WJP), an US-based, independent, multidisciplinary organisation working to create knowledge, build awareness, and stimulate action to advance the rule of law worldwide.

Now covering 139 countries and jurisdictions, the Index relies on more than 138,000 household surveys and 4,200 legal practitioner and expert surveys to measure how the rule of law is experienced and perceived worldwide.

Moldova last year elected the staunchly pro-European Maia Sandu as president, who made fighting corruption and increasing transparency in government a feature of her campaign.

Uzbekistan will later this month hold a presidential election of its own which could test its commitment to reform.

Rights groups such as Human Rights Watch (HRW) have warned that the country’s political system is still deeply authoritarian, and that no genuine opposition parties have been allowed to enter politics in recent years.

Nevertheless, according to HRW, Uzbekistan has garnered significant international attention in recent years for taking steps to improve its reputation and move away from its rights-abusive past. These steps include tackling state-organised forced labour in the country’s cotton fields, releasing people imprisoned on politically motivated charges, registering some independent nongovernmental organisations, and accrediting some international media.

In both countries however, there is still plenty of room for improvement.

Moldova ranks just 73rd in the global index, Uzbekistan 85th. Nevertheless, both bucked a global trend in a year dominated by the Covid-19 pandemic, when more than half of countries covered by the index have experienced declines in constraints on government powers, civic space, timeliness of justice, and absence of discrimination.

The biggest decline in the rule of law was seen in Belarus (-7.5 per cent), driven primarily by falling scores in constraints on government powers and fundamental rights. The country now ranks 97th globally, the lowest of any country in Central and Eastern Europe and Central Asia included in the index with the exception of Kyrgyzstan, which ranks 99th.

Four countries in the region (Armenia, Azerbaijan, Montenegro and Turkmenistan) are not included in the WJP’s research.

Overall, the 2021 edition of the WJP Rule of Law Index shows that more countries declined than improved in overall rule of law performance for the fourth consecutive year. This trend has become more widespread over the last three years.

“With negative trends in so many countries, this year’s WJP Rule of Law Index should be a wake-up call for us all,” says WJP Co-Founder and CEO Bill Neukom.

“Rule of Law is the very foundation of communities of justice, opportunity and peace. Reinforcing that foundation should be a top priority for the coming period of recovery from the Covid-19 pandemic.”

The leading performer in Central and Eastern Europe and Central Asia was again Estonia, which places 11th worldwide, followed by Lithuania in 18th and Czechia in 22nd.