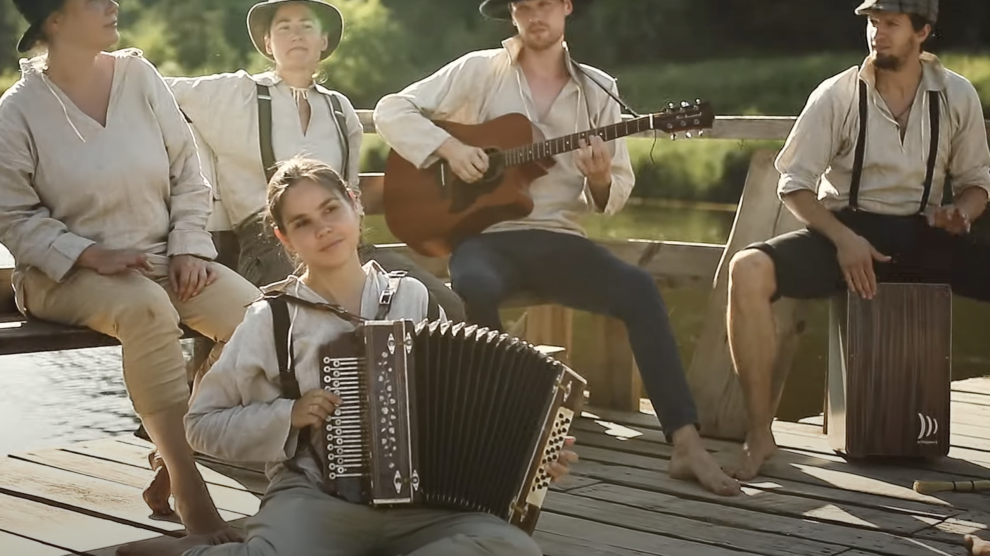 2+2 = Latvians in Tartu, organised by the Tartu Latvian Society, is a month-long event which aims to promote Latvian culture in Estonia as well as encourage cultural cooperation between the Baltic neighbours.

Estonia’s second largest city, Tartu, is best known as the intellectual capital of the country and is home to Estonia’s (and, indeed, emerging Europe’s) most prestigious university – the University of Tartu.

Also contributing to its cultural wealth however is its sheer diversity. Of the 93,000 people who call Tartu home, 80 per cent identify as Estonian while the remainder belonging to different ethnicities, the most numerous of which are Russians, Ukrainians, Finns, and Germans.

While Latvians do not even come close to being one of the largest ethnic groups – the 200 or so Latvians who do live in the city make up just about 0.2 per cent of its population – they are nevertheless one of the most culturally active.

On November 18 (Latvian Independence Day), the Tartu Latvian Society in Tartu (sometimes called just Tērbata – the Latvian name of the Estonian city), launched 2+2 = Latvians in Tartu, a cultural festival which runs until December 8.

The festival offers an impressively diverse programme allowing locals and visitors alike to get to know Latvian music, literature, art and cinema, alongside other cultural experiences.

With events in Estonian, Latvian and English, the festival began with the honouring of the 103rd anniversary of Latvia with an In the footsteps of Latvians tour of the Estonian National Museum in Tartu, and musical celebrations including a concert by the Latvian modern folk group Daba San, and an after-party with DJ Dry (Liepāja).

For locals in particular, the event seeks to explore the “similarities and differences between Latvia and Estonia, as well as offer to find something very new and unique about the neighbour close by”.

As part of this idea, on November 25 the Tērbata society held a “Literary reflection with and about Latvians in Tartu”, in the shape of a walk and an informal discussion with Latvian-Estonian writers Rvīn Varde and Sven Kuzmin, held in Estonian and English.

Coming up on December 1 and 8, attendees can also get a taste of contemporary Latvian cinema.

The first screening is set to showcase the 2020 film In the Mirror, directed by Latvia’s Laila Pakalnina, whose previous work has been featured at the Cannes Film Festival.

On December 8, audiences can also enjoy the 2020 Latvian drama The Pit, directed by Dace Pūce, which has already been selected as the Latvian entry for the Best International Feature Film at the 94th Academy Awards.