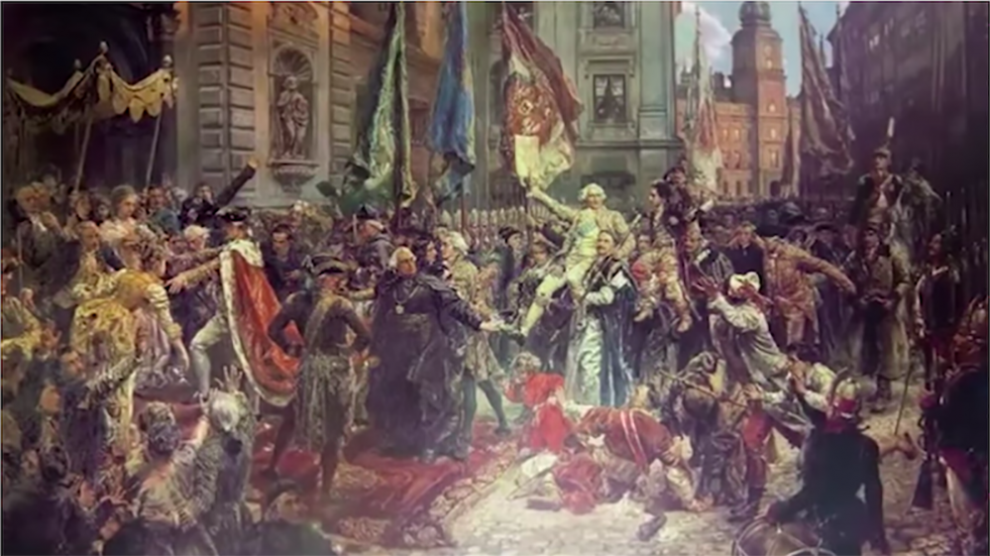 On May 3, 1791, the Great Sejm of the Polish-Lithuanian Commonwealth adopted a Constitution, which combined a monarchic republic with a clear division of executive, legislative, and judiciary powers. The document, which introduced political equality between townspeople and nobility, and placed peasants under the protection of the government, mitigating the worst abuses of serfdom, is still regarded as the first modern European constitution and only the second globally, after that adopted by the United States in 1787.

“This was an outstanding, future-oriented document, a proof of the patriotism of the Polish elites and their readiness to reform the state,” says professor Andrzej Chwalba, a writer and historian at the Jagiellonian University, in an interview with Onet.pl.

The Constitution was in force for less than 19 months. It was declared null and void by the Grodno Sejm held in the second half of 1793, after Poland had been defeated by the Russian Empire in a war which led to the second and finally third partitions of Poland, in 1793 and 1795 respectively. Over the next 123 years, until the country regained its independence after World War I, the Constitution, which was described by its two principal authors — Ignacy Potocki and Hugo Kołłątaj — as “the last will and testament of the expiring Country,” helped keep alive Polish aspirations for the eventual restoration of the country’s sovereignty.

Professor Chwalba claims that a slower pace of reform, introduced step-by-step so that Russia did not realise that they were revolutionary, would have been a better option than a radical new constitution and wouldn’t have been an impulse for new Russian intervention.

“In the spring of 1791 [the Constitution] should have been put inside a wardrobe because of political reasons. The people who pushed for the Constitution suffered from a children’s revolutionary illness. [They should have] “waited for a better time. The lack of self-control in introducing reforms was short-sighted. The Constitution, which we are proud of today, turned out to be only a testament — the country it was supposed to serve disappeared,” he says.

“The reforms that had been introduced by the Polish Sejm throughout the previous years did not result in such a reaction,” he says. [The Sejm] increased the army to 100,000 and introduced a permanent tax for the clergy and nobility, which was an absolute breakthrough. The newly adopted law gave townsmen the right to own estates, access to titles and positions and representation in the Sejm,” Professor Chwalba adds.

“In fact, the adoption of the Constitution meant declaring war on Russia. The reformers got caught up in the moment — with the zeal they were taken over by an illusion that Empress Catherine the Great would not react and that even if she did, Prussia would help Poland. We all know how it ended. The intentions must be measured against our strengths. One can only be effective within the limits of their potential and abilities. This is a lesson in real politics, quite relevant now, actually.”