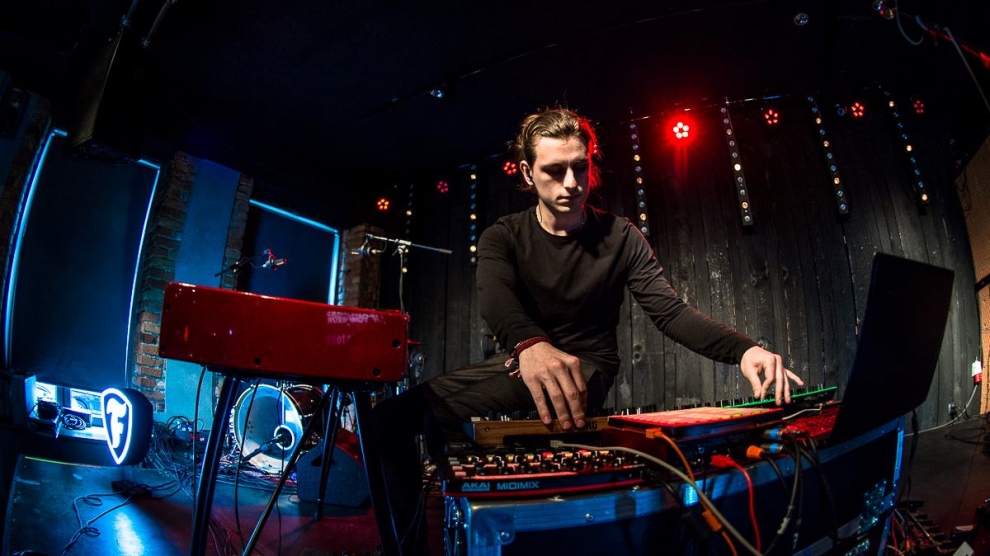 Atmosphere, by Polish musician Wojtek is the world’s first carbon-neutral music album. But is it any good?

Sustainability is a big topic these days, with companies and governments scrambling to be greener, more sustainable and carbon-neutral. But what about art and artists? Do they have a role to play beyond just activism?

One Polish musician thinks so. Wojciech Szczepanik, who goes by the stage name Wojtek, has recorded the world’s first carbon-neutral music album, through a series of choices consciously made to completely offset any carbon emitted during recording, travel, and promotional activities.

The piano sections on the album, titled Atmosphere and out now on streaming services like Spotify and Deezer, were recorded at Baltic Studios in east London, which runs on 100 per cent renewable energy.

“Each phase of music production generates carbon emissions into the atmosphere and I am fully aware of this. My mission was to write, record and produce a carbon neutral album,” says Wojtek, explaining the intent behind the album.

But does recording, mixing, and promoting an album create measurable pollution? According to data that Wojtek has shared on his website — it does. The process of recording an album generates around 146.7 kilograms of CO2. Most of this came from the piano recordings (78 kg) and mixing (60.25 kg).

Not quite as much as a single car produces in a year (around 4,600 kilograms) but it should be considered that in the age of democratised access to music making tools and recording, more music is being made than at any time in history. Spotify alone sees 40,000 new tracks uploaded every day.

The stereo recordings on the album were made in the artist’s home studio in Berlin, which is also 100 per cent carbon neutral. Additionally, carbon credits were purchased to cover offset offset emissions generated through mixing and mastering the album in studios in Berlin and Warsaw, and to cover the emissions from flights between the cities.

That was done through a service called FlyGreenFund, that allows passengers to buy sustainable fuel alternatives.

“It works in a similar way to the renewable energy certificates,” Wojtek explains.” You can buy exactly the same amount of fuel that was consumed during the flight and this will be delivered to an airport. This means that someone else will fly on biofuel instead of fossil fuel.”

Promoting the album was done in an eco-conscious way too. The video for the track Illusions was created with repurposed footage with other emissions again covered by renewable energy certificates.

In order to further reduce the carbon footprint of his new album, Wojtek decided to not publish the album on CD and vinyl media, as there is no way to do so while being carbon-neutral. Instead, the album is out on platforms like Spotify and Deezer. And to reduce emissions even further, the artist recommends that listeners should use mobile devices to stream the music, as they require around 30 per cent less electricity than desktops.

Wojtek is, however, working with a Polish company — the biomaterial producer MakeGrowLab — on a project that could potentially result in a natural and biodegradable compact disc.

As an architect by profession, space and sound play an integral role in Wojtek’s music. With the release of Atmosphere, the artist hopes to inspire others toward being climate positive.

“I decided to produce the album in a carbon neutral way because generating more emissions would be against my conscience,” Wojtek says.

According to him, the album’s title refers both to the climate crisis which he calls “humankind’s greatest challenge right now” and to the ambience created by his music.

Over the seven tracks on the album, Wojtek mixes classical influence with electronic production. Piano recordings are blended together with synthesised sounds, electronic drums, and voice samples from the artist’s family and friends.

“I understood and became fascinated by the phenomenon of atmosphere as a characteristic mood, feeling or ambience that can be designed and Illusions, as the focus track, underlines this,” Wojtek says.

Wojtek’s previous album Instinct was published by a Swedish boutique label 1631 Recordings, with the entire pressing selling out. He is also the winner of the Headliners of Tomorrow competition in 2018, and has played more than fifty concerts in Poland since 2017.

Listen for yourself here.