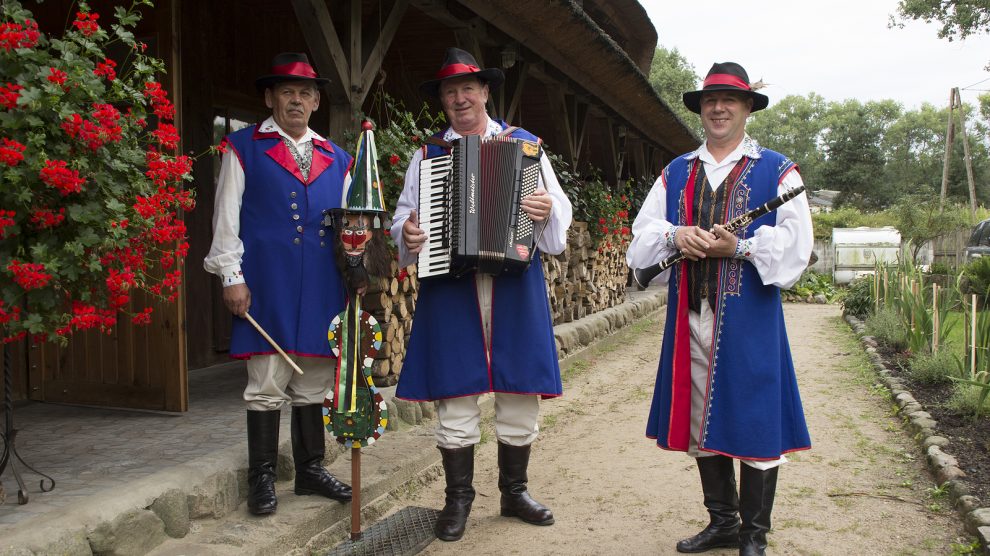 A dialect is a form of language particular to one geographic area or social group. Most languages in the world at one stage had several dialects, but as languages have become increasingly standardised, some have sadly been left behind.

In some places this has led to certain dialects being ascribed lesser value than “standard” language and being thought of as an uneducated or unrefined way of speaking.

Of course, nothing could be further from the truth: regional dialects are part of national cultural heritage and far from spoiling a language they often increase its diversity and expressiveness.

Here are five of our favourite dialects from around Central and Eastern Europe.

The Torlakian dialect is hard to pin down. Spoken in parts of Serbia, North Macedonia, Kosovo, and Bulgaria, it has features of all of those languages, making it clearly part of the so-called Balkan spachbund.

And yet while some linguists consider Torlakian as a fourth major dialect of Serbo-Croatian, others see it as a western Bulgarian dialect.

Torlakian could be considered a sort of intermediary step between the eastern (Bulgarian, Macedonian) and western (Serbo-Croatian) branches of the South Slavic dialect continuum: something which led writers in the 19th century to hotly contest whether it belonged to Serbian or Bulgarian.

For instance, the northern Torlakian dialect still retains some noun cases (although fewer than Serbian, as for instance the instrumental and genitive are merged) but further south the inflections disappear, replaced by prepositions. Macedonian and Bulgarian, of course, are the only two Slavic languages that have almost completely lost the noun case system.

Something else that makes Torlakian similar to Bulgarian is the presence of the definite article, not used in Serbian.

Whatever its origins, Torlakian is today considered by UNESCO to be a “vulnerable” language.

As with most entries on this list, whether or not Kashubian is a dialect or a distinct language is debated.

There is no “standard” version of Kashubian – despite attempts to create one, instead it has many sub-dialects. When it comes to vocabulary, it is heavily influenced by Polish and German. But unlike Polish, most of the German loan-words come from Low German.

Kashubian is thought to have originated from languages spoken by tribes in the region of Pomerania, and whether or not Kashubian is a dialect of Polish or a separate language is very much tied in with the question of Kashubian nationality itself.

In the 19th century, linguist and political activist Florian Ceynowa considered the two nations to be “brotherly but separate”.

In communist times, Kashubian was suppressed and not taught in schools. It suffered both in education and in social status. It was only after 1989 that attitudes began to change. In the Kashubian region the language was once again taught in schools, although not as a language of instruction but as a “foreign” language that was offered if parents explicitly asked for it.

Today, according to official census data, around 108,000 people speak Kashubian as their main language: only 10 per cent claim it to be their mother tongue, however.

South Estonian is spoken, unsurprisingly, in the southern part of Estonia. Showing just how complicated languages are, the academic status of South Estonian is contested. It is alternatively considered to be a dialect of Estonian or an independent Finno-Ugric language.

South Estonian was long suppressed, both after the country’s independence in 1918 when officials wanted just one standard form of Estonian, and during the Soviet period when the dialect continued to be banned from instruction and use.

It wasn’t until the 1980s that the dialect started seeing a revival, and only after 1991 that an official version based on the Vōro dialect sanctioned. Today there are plays, poems and other literary works in South Estonian. They are mostly based on Vōro while the Mulgi and Tartu dialects have very few speakers left.

Besides standard Czech, there are two main dialect groups in Czechia — Bohemian and Moravian.

Bohemian dialects have over time merged into an “interdialect” known as “common” Czech. Spoken primarily in rural areas, it saw a steep decline in use in the second half of the 20th century, and by the 1990s had become stigmatised, associated with the lower classes, and used in literature primarily for comic effect.

During Czechia’s 2011 census a political party, Moravané, and the Moravian National Community led a campaign to promote both Moravian ethnicity and the language.

Since the end of the 20th century, amateur linguist Jan Kozohorský has attempted to create a standard version of Moravian, but these attempts have been criticised as having strong political undertones.

Linguistically, the main feature of Moravian is the preservation of some phonological features that are absent in Czech but still present in other Slavic languages. For example, Moravian lacks the a to e and u to i vowel shifts that are present in standard Czech.

Before we get to Aromanian, let’s look at a Romanian dialect that is no such thing: Moldavian.

For several decades, Soviet linguists insisted that Moldavian – the language spoken in what was, during Soviet times, the Moldavian Soviet Socialist Republic (today the Republic of Moldova) – was completely different to Romanian. To emphasise this distinction, Moldavian was, until 1989, written in the Cyrillic alphabet: in Moldova’s Russian-backed breakaway region of Transnistria, it still is.

The fact is, however, that Moldavian is little more than a sub-dialect, if that, of Romanian. Grammar and syntax are identical. Moldovans often use Russian words and turn of phrase in the vernacular, but the language is immediately identifiable as Romanian. When a Moldovan linguist and MP, Vasile Stati, published a Moldovan-Romanian dictionary in 2003, it was met with widespread derision.

Romanian does have at least one quite delightful dialect, however: Aromanian, spoken by around a quarter of a million people within Romania and in Albania, North Macedonia and northern Greece. It is recognised as an official language in both Albania and North Macedonia, where it is even offered as an optional school subject.

Somewhat confusingly, within Romania, Aromanians are known as Macedoni (Macedonians).

Two other Romanian dialects, Istro-Romanian and Megleno-Romanian, are now spoken by just a few hundred people, the former in Croatia, the latter in northern Greece.