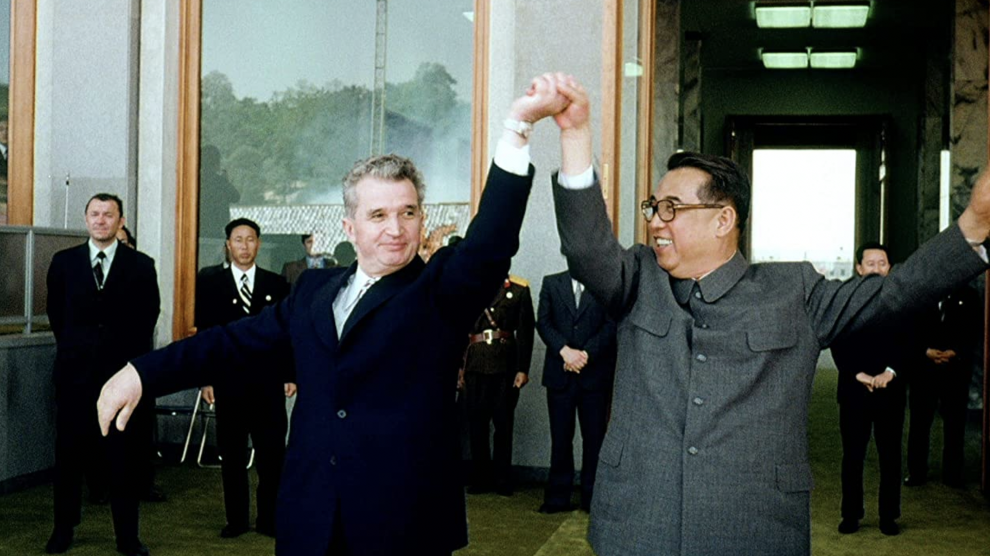 Reviews of documentary film The Autobiography of Nicolae Ceaușescu, and a new history of Romania, Children of the Night.

Anyone remotely familiar with recent Romanian history will learn little from Andrei Ujica’s 2011 epic The Autobiography of Nicolae Ceaușescu, which since November 1 has been available on streaming platform Netflix. (In some regions, at least. If you get the all-too-common ‘not available in your country’ message on Netflix, the full film is here, albeit in poor resolution).

The premise of the film was to make a thorough biography of Nicolae Ceaușescu’s period as Romanian leader using only official footage. Hence autobiography.

Yet with the exception of the fact that Ceaușescu could do wit if he wanted to, we learnt nothing new over the course of the three hours the film lasts. Even casual observers of Romania are likely to have seen much of the footage featured, and will be aware of the events being documented.

Indeed, this is just as well, for you will actually need to know your Romanian history from 1965-89 to make head or tail of what’s going on, as there is little context: dates and places are dispensed with. We are simply meant to know who the characters involved are, and where the events are taking place.

Foreigners wanting to learn about Ceaușescu (and/or Romania) will likely find it confusing and impenetrable, while Romanians looking for insights into their former leader will be equally disappointed.

Aside from a press conference at Karlovy Vary, then in Czechoslovakia, in 1968, in which Ceaușescu – clearly uncomfortable at having to face unvetted questions from Czech journalists (this was at the height of the Prague Spring) – lurches from predictable Marxist-Leninist rhetoric to sharp ripostes in a matter of minutes, there is little of genuine surprise. The megalomania really kicks in after visits to China and North Korea, he ages very quickly in the 1980s, he hated Gorbachev, his trial was a sham. But we knew all of that already.

Indeed, to the uninitiated, the film may appear as little more than a hodgepodge of (highly fascinating, nevertheless) clips from Ceaușescu’s life, not always in chronological order. At one point, we leave his 60th birthday celebrations (which would have been in 1979) for his investiture as Romanian president (1974).

Regardless, the film won a number of awards. The New York Review of Books was more than impressed.

And certainly, Autobiography is not without merit. Besides the revealing Karlovy Vary episode, there is also room for Constantin Parvulescu’s astonishing speech denouncing Ceaușescu’s growing cult of personality at the 12th Congress of the Romanian Communist party (RCP) in 1979.

Whatever Parvulescu’s motives (he was pro-Soviet Union), this old man was one of very few people to publicly speak out against Ceaușescu while the dictator was in his pomp. Others – who today like to portray themselves as life-long anti-communists – might like to remember what they were doing in 1979.

For Brits, the other wonderful part of the film is Ceaușescu’s state visit to the UK in 1978. Again, however, it’s only entertaining because we know so much about the visit already: how the Queen never forgave then foreign minister David Owen for setting the whole thing up (Ceaușescu was being wooed because he was in the market for aeroplanes); how Elena Ceaușescu – by then one of the world’s most decorated chemists (on paper at least) was awarded an honorary professorship by gullible rectors at the Royal Institute of Chemistry; how Ceaușescu himself was given a knighthood. The visit deserves a film all of its own.

The visit also gave birth to what is still probably the best Private Eye cover in the magazine’s 69-year history. 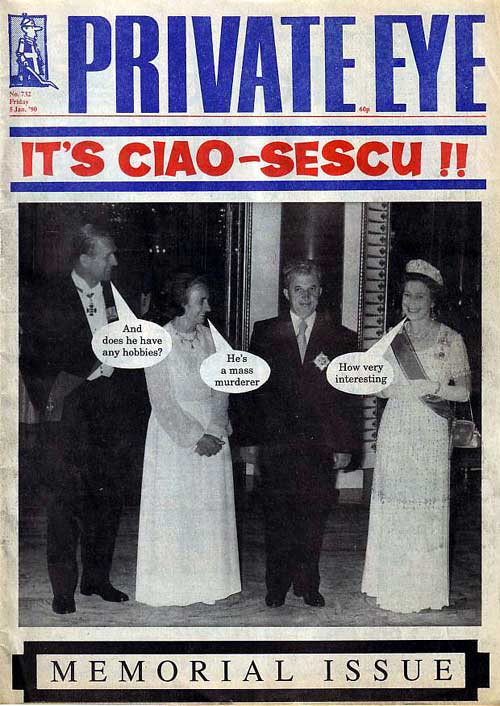 If The Autobiography of Nicolae Ceaușescu is not therefore an entirely satisfactory telling of the Ceaușescu story, nor of recent Romanian history, it does at least make no mention whatsoever of Dracula.

The same can’t be said of Children of the Night, by Paul Kenyon, a new history of Romania published last month.

Unquestionably a riveting read, it’s let down somewhat by the author’s Dracula obsession (then again, aren’t they all?) while other periods are dealt with a little too concisely.

Kudos however for its lack of revisionism towards the Legionary Movement of the 1920s and 1930s: Kenyon makes it clear that the movement (and its maniacal leader, Corneliu Zelea Codreanu) were violent, murdering fascists and not the good Christians any number of contemporary right-wing Romanian politicians and writers would have you believe. Romania’s role in the Holocaust is also given due prominence. More of this, please.

But then comes the book’s epilogue, a bizarre affair in which a disgraced former prime minister, Adrian Năstase, is (twice, no less) described as a “visionary” politician, responsible for dragging Romania out of its zombie-like, post-revolutionary limbo and into the 21st century.

For the record, Năstase is a convicted criminal who served a prison sentence for corruption during an all-too-brief period in the 2010s when Romania looked as though it was genuinely committed to stamping out graft.

Kenyon complains, however, that Romania’s anti-corruption unit (now a shadow of its former self: it’s been years since Romania saw any high-profile arrests or convictions) was “mercilessly abusing” the law to “dispose” of political opponents.

“In the 1920s, fascist politicians had done something similar, organising mass trials of the communist opposition,” writes Kenyon. “The communists had then done the same against perceived fascists. The law was now being hijacked to achieve the same result.”