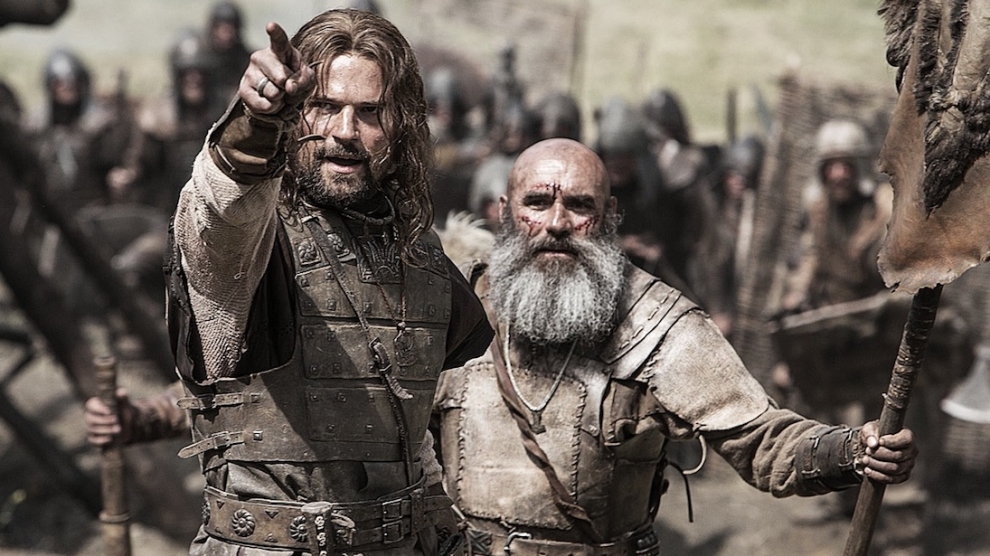 At the end of December 2016, the film ‘Viking’ was released in cinemas across Russia. It set an absolute record among the country’s filmgoers, gathering $1 billion in the box office within its first nine days. It is also said to be the most expensive Russian film ever made. The film was expected to depict historical truth, at least this is what the producers claimed, but it seems it failed to do so.

Despite its huge popularity among Russian cinema-goers and praise from the president — Vladimir Putin met with the crew at the Kremlin – it received a weighted average of 5.4 out of ten (amongst some 800 voters), which is quite mediocre for a movie that was acclaimed as the Russian “Game of Thrones” before it was released. The actual “Game of Thrones” has 9.5 points out of ten, among 1.2 million voters.

However, apart from its artistic evaluation, the film has caused some tension in the already bad Russian-Ukrainian relations. First of all, ‘Viking’ was filmed mainly in Crimea, which legally belongs to Ukraine. It was annexed in 2014, which was a violation of the 1994 Budapest Memorandum on sovereignty and territorial integrity of Ukraine, signed by Russia. Additionally, the international community hasn’t recognised the annexation therefore, it is clear that producing a film in such a disputed territory would not promote good Russian-Ukrainian communication.

Secondly, the film claims a Russian legacy to Kyivan Rus. For President Putin, who thinks the legacy of the Rus belongs to Russia, it is an ideal tool to rewrite Russian history, anew. He recently opened a monument of Kyivan Prince Volodymyr in Moscow and called him the founder of the Russian state.

At the same time, Ukrainians strongly believe that Kyivan Rus was the first Ukrainian state. They believe that Russians originated from the Asian tribes that formed a state on Russian lands far later than Kyivan Rus existed on Ukrainian territory. In the essay, “How Moscow hijacked the history of Kyivan Rus” Dr Yaroslav Dashkevych quotes V. Bilinsky’s research “The Land of Moksel or Moskovia” which presents historical sources (mostly Russian) that prove the misrepresentation of the past of the Russian Empire.

That misinterpretation was geared to create a historical mythology about Moscow state and Kyivan Rus sharing common historical roots, and to give Russia “succession rights” to Kyivan Rus. “The tsars of Moscow and, later, Russia understood that without an imposing past it was impossible to create a great nation and empire. Therefore it was necessary to glorify their historical roots and even to hijack the history of other nations. So, starting with Ivan the Terrible (1533-1584) the tsars of Moscow have applied all their efforts to appropriating the history of Kyivan Rus, its glorious past, and to creating an official mythology for the Russian Empire,” writes Dr Dashkevych.

Thirdly, the film supports the theory of a Viking dynasty in Kyivan Rus, which is neither Moscow’s nor Kyiv’s point of view. According to Norman theory Kyivan Rus was formed and ruled by the Normans, as the Slavs had invited the Vikings to rule their state because they could not organise themselves because of constant internecine conflicts. That theory also states that Kyiv was founded by the Vikings, as they were travelling South for trade purposes.

Interestingly, while the film met huge Orthodox and nationalist criticism, from the other side, the film shows the desire of Russians to see their past and place in Europe. In the end, Russians might prefer associating themselves with European Vikings rather than with Asian tribes and the Mongolian Khanate.

Regardless, Ukraine has decided not to show “Viking” in its cinemas. Whether it is a wise decision is not clear. What is clear is that for centuries Ukraine’s history has been written by its conquerors. The Russian “Viking” and the Polish “Volyn” are trying to tell Ukraine’s history anew. What Ukraine should do is to make some correct historical research on its origins and popularise it internationally. Films can be a good way of involving the international community in a discussion about Ukraine.