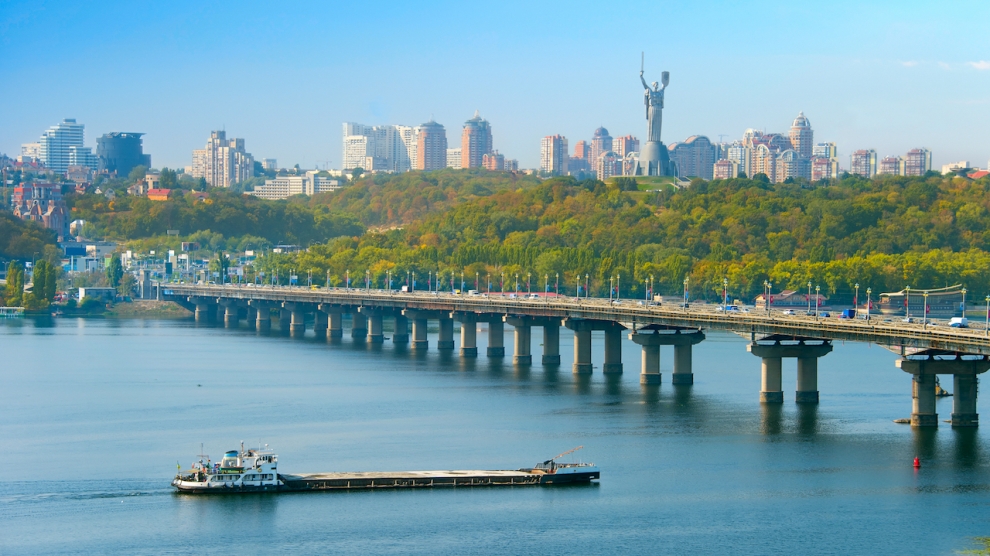 Although in Ukraine SMEs make up 99.9 per cent of all registered enterprises in the country, there are limited possibilities for their growth and competitiveness.

Dr Gennadiy Chyzhykov, president of the Ukrainian Chamber of Commerce and Industry (UCCI), spoke to Jerry Cameron about the role Ukrainian SMEs play in the economy and the challenges they have been facing since the Maidan.

The chamber of commerce has nearly 10,000 members, which gives it a great perspective. What challenges have your members had to face over the last three years?

These last three years have been, arguably, the most difficult years for Ukraine, in its modern history. The general situation in the country has severely affected the economic situation as a whole as well as the activities of most businesses.

Major factors that influenced the work of our companies were the foreign aggression and the illegal occupation of eastern parts of Ukraine’s territory as well as the constant military activities. There were also the perennial problems related to the business climate: continuing corruption, the need to enforce the rule of law and the unstable tax system etc.

The work of our businesses was also greatly complicated by the disruption of economic ties that was caused by the occupation and the breaks in production and supply chains which had existed for decades.

In an interview, the deputy governor of the National Bank told Emerging Europe that the war with Russia has resulted in a forceful reorientation of foreign trade. How do you see that, and how can the DCFTA agreement with the EU help increase trade with the Block?

This is actually one more major problem on top of the ones I listed earlier. What you call “a forceful reorientation of foreign trade” was really one of the greatest challenges for our businesses during these last three years. Just look at the statistics — in 2013, our exports to Russia equalled $20.5 billion; in 2015 — just $7.8 billion. In 2016, according to the latest estimates, it is expected to decrease further, by another 40-45 per cent. This means that we have lost about $15 billion worth of exports.

Russia introduced a transit ban on Ukrainian goods that were destined for CIS Central Asian countries. As a result, we have also lost several billion dollars’ worth of potential exports to these countries. Finding new markets became a major challenge, indeed, for our entrepreneurs. This was not a simple task, especially for the engineering industry, as they used to make products specifically for the CIS market, using CIS standards and regulations.

But by diversifying the production and export geography we have managed, though rather slowly, to find new markets in Asia, the Middle East and Europe. Last year the share of Ukraine’s export to EU member countries reached more than a third of our total export.

So you’re saying the Deep and Comprehensive Free Trade Area (DCFTA), which is part of the Association Agreement (AA), helped in the process?

Yes, the DCFTA agreement with the EU is very helpful, for our entrepreneurs, for developing our business with EU countries and with other countries of the world. This is because this agreement provides for an approximation of the work of Ukrainian producers and their production regulations and practices to the EU norms and for the modernisation of our industry. It also helps to make products marked “Made in Ukraine” more competitive, not only on the European, but also on the world markets.

The DCFTA agreement also provides technical assistance for Ukrainian exporters to help them enter the EU market. Our chamber of commerce understands the needs of its members in their respective services and provides them to current or potential exporters. The European Office, which was created at our chamber of commerce, with the help of the German government, is very active in this field.

When we speak to foreign investors they often mention corruption as a challenge. You have also brought it up. How do you see that affecting the ease of doing business?

I personally believe that corruption is the single biggest evil in our society. The most recent Transparency International Corruption Perception Index 2016, published in January, put  Ukraine at the 131st place out of the 176 countries monitored. This is a very poor performance.

Corruption cannot be tolerated in a normal society, as it distorts all human norms, moral values and possibilities for business development. Naturally, it also makes potential foreign investors think twice before coming to Ukraine. We urgently need to stop talking about fighting corruption and to start enforcing the rule of law; to start putting all corrupt officials, irrespective of their positions, into prison.

Small and medium enterprises are a good measure of the economy. How do you see the potential of the SME sector and its prospects for further growth?

We all know that SMEs play a fundamental role in Europe’s economy. They are considered key to economic growth, innovation and job creation. Our chamber of commerce takes special interest in export development of Ukraine and we have noted that out of the total number of exporting firms in the EU, more than 80 per cent are SMEs.

For this reason, we believe that SMEs in Ukraine should also play an even more important role in the economy and in export development. But they need a lot of help in finding their niche in the market and in developing, promoting and marketing their goods inside the country and abroad, as well as arranging financing etc. We also need to improve the business environment for SMEs in the country. The chamber of commerce is trying to help our entrepreneurs by representing their interests in governmental bodies and working together to bring these businesses on the European and world markets.

How do you see the entrepreneurial spirit of young Ukrainians? Are they interested in setting up their own businesses? I think the IT sector could be setting an example here.

In general, we Ukrainians are a very creative, inventive and industrious nation. This is especially true when we talk about our young people. There are quite a few of them who want to try organising their own businesses themselves. Our chamber of commerce understands their needs and we are helping them by organising business incubators, special conferences and courses for young entrepreneurs as well as assisting them in looking for financing for their innovative projects.

But we are worried that at present many Ukrainians, including young, educated, intelligent people are trying to find work abroad. Many of them may not return. This could be very detrimental to the future of Ukraine.

During our EBRD Emerging Europe Outlook on Ukraine conference in London in November, we are going to focus on manufacturing and energy as the two key sectors with the greatest opportunities in Ukraine. How do you see those sectors and what other sectors have great potential?

I believe we should focus on modernising our engineering industries. We should use the possibilities that we still have in the space and aviation industry; we should develop shipbuilding and, taking into account our potential in agriculture, we should look at the production of a full range of agricultural machinery. There are also good opportunities for the development of pharmaceutical production, tourism and the creation of modern healthcare facilities in Ukraine.