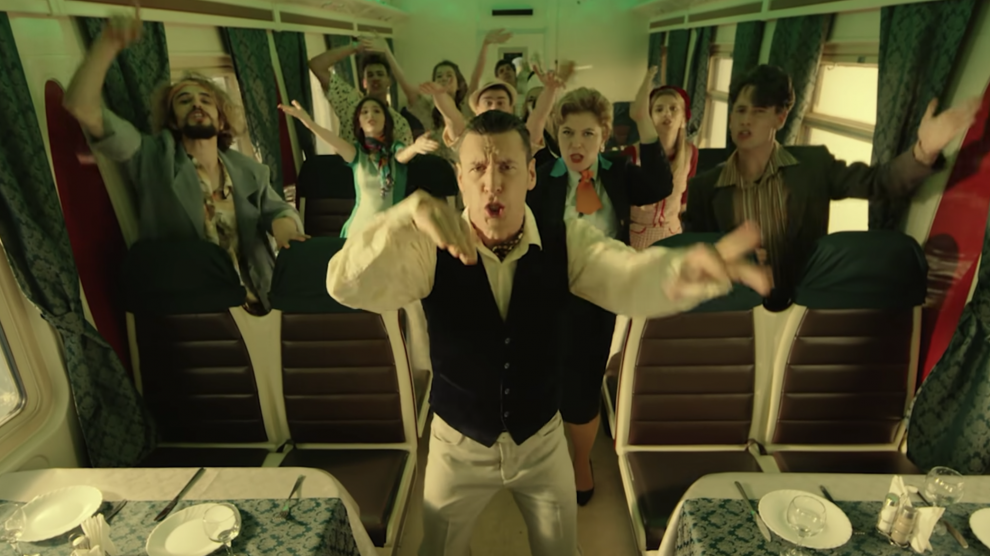 Moldova’s finest Zdob și Zdub will never have a better chance of winning Eurovision. Will Trenuleţul – an absolute belter celebrating the train that links the Moldovan and Romanian capitals – make it third time lucky?

So it’s official. Moldovan band Zdob și Zdub will get another crack at Eurovision glory after their song Trenuleţul (The Little Train) was last weekend selected as the country’s entry for this year’s competition, set to be held in Turin on May 14.

It will be the third time that the band – who fuse folk with funk, punk, rock, and just about every other musical genre imaginable to create an immediately recognisable, distinct sound – attempt to take home the Eurovision title, following fifth place in Kyiv in 2005 and a 12th place finish in 2011, in Düsseldorf.

Anyone with even a passing interest in Eurovision will remember the 2005 entry, Boonika bate toba (Granny bangs the drum) which featured, well, a granny on stage banging a drum.

The 2011 entry, So lucky, was less catchy but the stage show, featuring a trumpet-playing fairy on a unicycle and enormous cone hats all round, was as extravagant as we have come to expect from a band that takes hamming it up to new levels of delightful ridiculousness.

If any band can be said to get Eurovision, it’s these guys.

This time around, the Zdubii have teamed up with Frații Advahov (The Advahov Brothers), well-known protagonists of muzica lăutărească, a rich, elaborate, and quick tempo form of Romanian folk music enormously popular at weddings, christenings, and just about any major occasion.

The song, which is ostensibly a celebration of the night train that links Moldova’s capital Chișinău with Bucharest, in Romania, has not been without controversy.

The original version, which features in the official video (in fact, a short film which already has more than two million views on YouTube) includes lyrics which it has been suggested advocate for the unification of Moldova and Romania:

Which (very roughly) translates as:

Old country, new country
Is it one country? Is it two?
At once divided, at once united
Two countries? Or one?

In Moldova’s national final, the words were changed slightly: a result, it has been suggested, of Eurovision’s strict rules that forbid anything that could even remotely be construed as political.

Which (again with a warning that this is very rough translation) reads in English as:

Notably, however, the first lines of the song, which might also (with a little indulgence) suggest that Moldova and Romania are one country, was left untouched:

The train goes, almost flying
From one country to another
It goes but it can’t understand
What country? Where does it begin?

Indeed, one of the Advahov brothers, Vasile, says that the fuss has been overplayed.

“Roman [Iagupov], the singer, has been working on different improvisations of the words. At the Eurovision final there will also be a verse in English. He’s just trying to see what works best.”

The band’s producer Igor Dînga has since suggested that the original words could be reinstated before May: “I think that’s how it will be performed in Turin, as it was originally written.”

Whatever the final version, the song is an absolute banger, and the band’s best chance yet of providing Moldova – or for that matter, Romania – with its first Eurovision winner.

If they don’t win with this one, they never will.

Ghedtair Composite: The diaspora project reworking Armenian folk music
‘In Romania and Bulgaria, there is this mentality that trains are to be avoided’
Comment