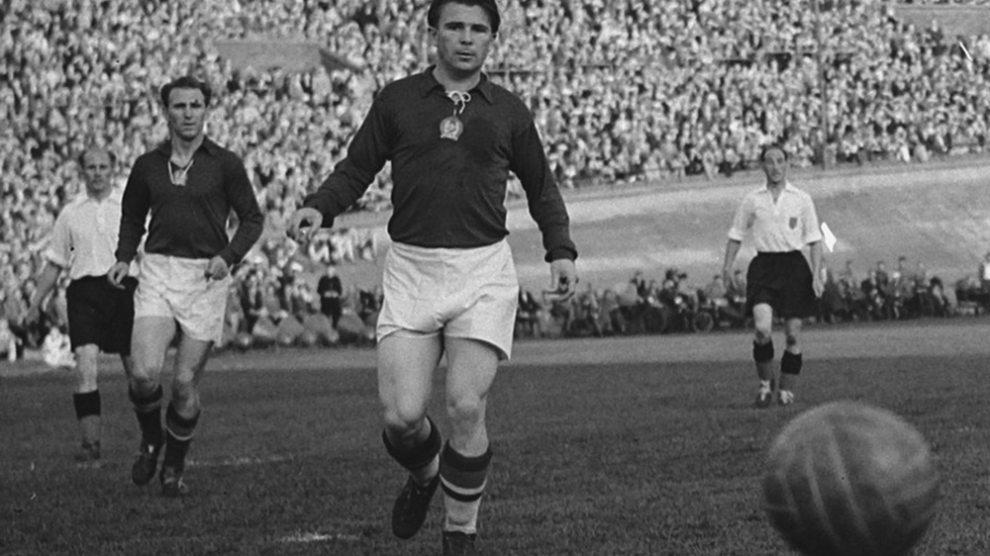 Hungary is a country which suffered far more than its fair share of tragedy in the 20th century. The 1956 Revolution and subsequent Soviet invasion which quashed that liberal, democratic uprising is the foremost of those tragedies in most people’s memories, and in the context of the more than 3,000 lives lost in the uprising – not to mention many more thousands injured or arrested – it feels somewhat frivolous to suggest that a sporting defeat could ever be considered a tragedy.

However, Hungarians themselves – at least those of a certain age – will still refer to Hungary’s defeat to West Germany in the 1954 World Cup Final as just that.

Some years ago, while playing with my then young son at Budapest’s elegant Széchenyi thermal baths, an elderly gentleman swam towards us to enquire if we were English. Once I had confirmed that indeed we were, his first words were: “I was there you know, when we beat you.”

I knew immediately what he was talking about. He was referring to a match played in Budapest between Hungary and England in May 1954, shortly before the World Cup – held that year in Switzerland – began. Hungary inflicted what is still England’s heaviest defeat in an international: 7-1.

Ironically, the game had been organised to offer England the chance for revenge following Hungary’s equally impressive 6-3 victory at Wembley the previous November, England’s first home defeat to a team from continental Europe. England approached the Budapest game in the hope that the 6–3 result had been an aberration; instead, Hungary provided a masterclass of football, and thrashed England once more.

The results were not, for anyone with a broad knowledge of football (a group which did not at the time include English football’s hierarchy), remotely surprising. Hungary, centered on the potent attacking quartet of Ferenc Puskás (above centre), Sándor Kocsis, József Bozsik and Nándor Hidegkuti (above left), were the best team in the world. Olympic Champions in 1952 they lost just a single game in the six-year period from 1950-56. That game was the 1954 World Cup Final. Hence the feeling of national tragedy.

“I cried for a day and night,” the old man at Széchenyi told me. “I still get sad when I think of that game, but I always cheer up when I think of all the games we did win, especially against your lot.” 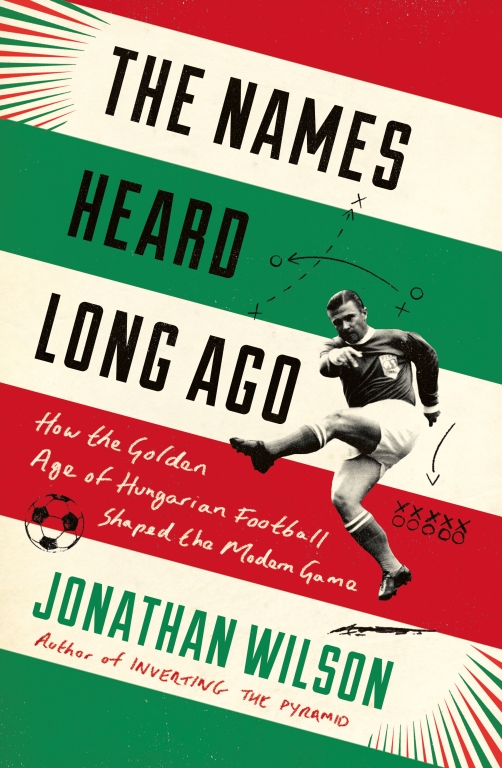 The Names Heard Long Ago: How the Golden Age of Hungarian Soccer Shaped the Modern Game, a book by Jonathon Wilson, traces the roots of Hungary’s 1950s success and discovers that this celebrated era was in fact the final act of the true golden age of Hungarian soccer.

Wilson, who has written a number of scholarly football books, including one dedicated to football in Eastern Europe, Behind the Curtain, reveals that it was in the Budapest of the 1920s and 1930s in fact that a new school of soccer emerged that became one of the most influential in the game’s history, shaped by brilliant players and coaches who brought mathematical rigour and imagination to the style of play. But with the onset of World War II, many were forced into exile, fleeing anti-Semitism and the rise of fascism. The stars of the 1950s would themselves be forced into exile, most famously Puskás, one of the game’s first global superstars who would win innumerable titles with Real Madrid.

Wilson’s book is a fitting testament to how their legacy has endured. It is the story of football flourishing in Hungary, when professional leagues were established and the game became universally loved across social classes and backgrounds. It is the story of the modern game establishing itself in the heart of a society blighted by tragedy and famine, a culture that flourished in the shadow of rising fascism and the march toward war. It is the story of how against the backdrop of economic and political turmoil, and in spite of extraordinary odds, Hungary taught the world to play.

England – as Hungarians never hesitate to remind us – were no exception.