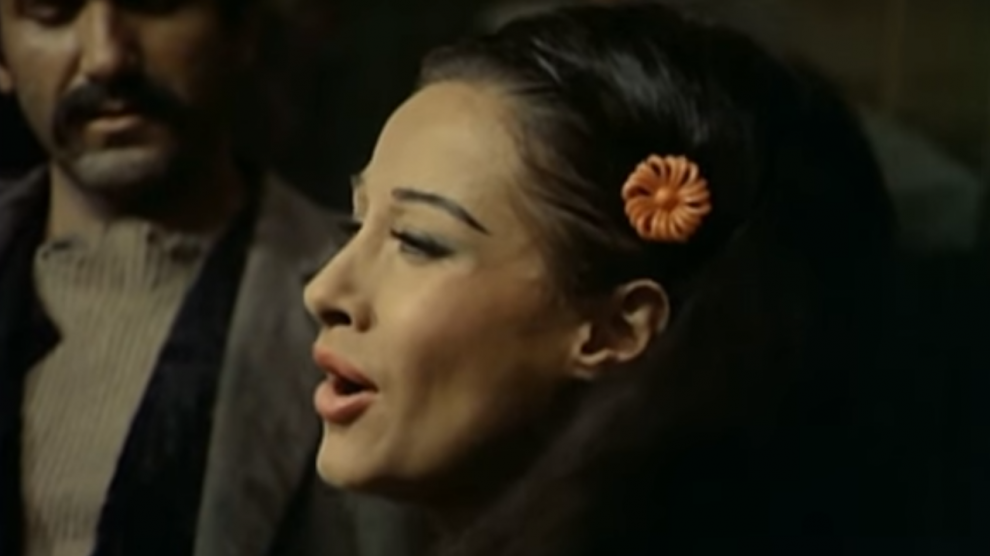 Filmmaking in Yugoslavia picked up steam in the 1960s. New movies were being produced all the time, often with international financing and sometimes featuring famous foreign actors.

But while  the mainstream audience was enjoying films such as The Battle of Neretva (a 1969 war epic starring none other than Yul Brynner), an underground film movement was also emerging: a movement that would change the face of Yugoslav cinema forever.

What would eventually become known as the Yugoslav Black Wave (which took its name from a critical article, The Black Wave in Our Cinemas, published in the daily newspaper Borba ) began in the early 1960s and continued well into the next decade. The movement produced some of the most critically-acclaimed films from the region, but was also subject to extreme controversy and many of the films were banned, only seeing the light of day after 1990 when communist Yugoslavia collapsed.

Indeed, in a process called “bunkering”, the original negatives were literally seized and kept under lock and key, ensuring that the film was far away from the public eye.

The Black Wave films were not merely a reaction to the mainstream realist sensibilities which favoured war epics. The Black Wave was also a Yugoslav response to the innovative and equally controversial films of the French New Wave. There is clearly a debt owed to the likes of Jean-Luc Godard and Alain Resnais.

Those who were part of the Black Wave made their movies without the involvement of the major film production houses (akin to today’s indie films) and used innovative and avant-garde techniques to get at the bottom of real life in Yugoslavia – warts and all.

Decades later, and well and truly “unbunkered”, we have come up with three Black Wave films that are essential viewing for anyone trying to get a handle on Yugoslavia and its aftermath.

Released only a year after the student demonstrations of 1968, Early Works (named in reference to the early works of Karl Marx) is topical, polemical and provocative.

Structured very much like Godard’s La Chinoise, it follows a group of young people disillusioned with their social reality. They visit factories and villages trying to spread the message of revolutionary communism only to be faced with their own weakness and inadequacy. In the final scenes, the only female member of the group is killed so that no witnesses of the failure remain, with the Saint-Just quote “those who make revolution half-way only dig their own graves” closing the film.

Early Works won the Golden Bear at the Berlin International Film Festival but was quickly banned in Yugoslavia for its critique of the discrepancy between the works of Marx and Engels and the actual reality of socialist countries.

It wasn’t until 1982 that it was finally cleared for public display.

Early Works is Žilnik’s main contribution to the Black Wave movement, although all of his films dealt with risqué and provocative topics. He would cause a big stir once again in 1995 with Marble Ass, the first film in Serbia to star an openly transvestite actor.

Considered one of the best, and definitely the best-known, Black Wave movies ever made, I Even Met Happy Gypsies is the story of Beli Bora Perjar, played by Albanian actor Bekim Fehmiu.

It’s a tragic love story set in a Romani camp, and one of the first films made in Yugoslavia to offer a look into the life of this ethnic minority. For additional verisimilitude the film features a cast of Romani actors speaking in their native language.

While the film was never banned, it was nevertheless controversial as audiences and society in general were not used to portrayals of Romanies in cinema. Especially not those that shed light into the social deprivation caused by racism directed against this marginalised ethnic group.

Along with another one of Petrović’s black wave movies – Three – it was nominated for an Academy Award.

W.R. Mysteries of the Organism is an experimental semi-documentary that got its maker Makavejev de facto exiled from Yugoslavia until the end of the communist regime, as his career in filmmaking was effectively destroyed by the public outcry that followed.

While never officially banned, it simply wasn’t shown anywhere following extremely negative reactions from the public. Official bans of media were actually very rare in Yugoslavia, where the authorities preferred to use more informal and indirect ways to stop a film from being shown.

Interestingly, however, the film’s distributor managed to get the film out of the country and it was shown internationally. Domestic audiences would be only be able to see the film 16 years later.

The W.R. stands for Wilhelm Reich, the controversial Austrian psychoanalyst who believed that human sexual energy is contained in “orgone” particles that could be measured and manipulated.

Some of his devices for doing so, including the famous “cloudbuster” (an apparatus to make rain using orgones) are seen in Mysteries of the Organism during scenes showing the Orgonon, Reich’s home and laboratory in Maine, in the United States.

As for the movie itself, it’s a series of loosely connected vignettes exploring the themes of sexuality in a socialist context. Contributing to the film’s infamy are explicit scenes of orgasms and an erect penis. Additionally, the film contains documentary scenes featuring Reich’s daughter speaking about his theories and a look behind the scenes of the infamous American hardcore pornography magazine Screw.

The central story concerns Milena, a Yugoslav woman who spurns the advances of a working class man to instead pursue a famous Russian ice skater. After the consummation of this relationship she is decapitated in what is meant to represent class oppression and the corrupting influence of the West on communist beliefs.

W.R. Mysteries of the Organism remains a perennial favourite of art house lovers and midnight screenings.

When Hungary taught the world to play football
In Poland, period pains can be financial too
Comment