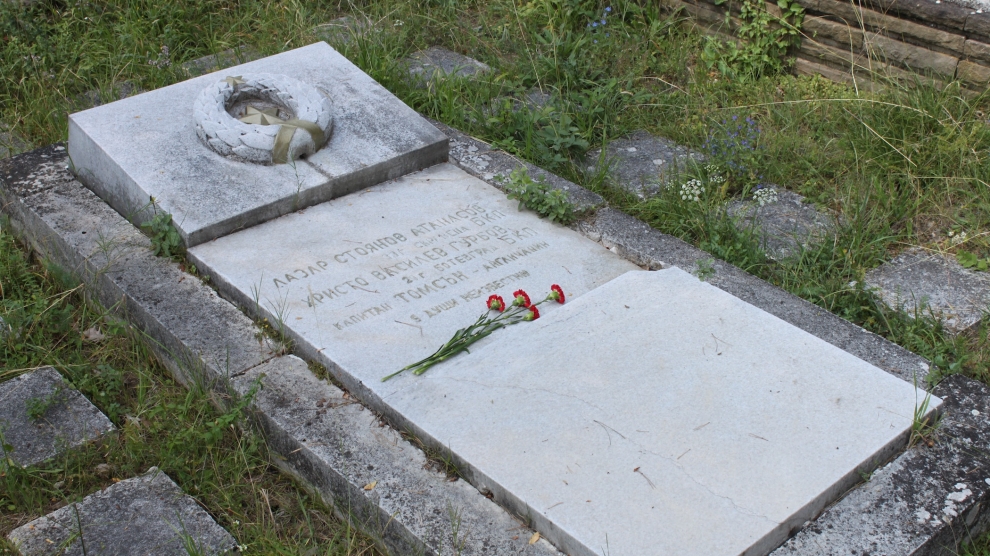 Travelling north from the Bulgarian capital Sofia many years ago, researching a travel guide to the Balkan country, the name of a small town through which I passed on the road to the stunning Vratsa gorge was as eye-catching as any of the many natural wonders the area is home to: Thompson (Томпсън, in the Bulgarian Cyrillic alphabet).

There had to be a story behind the name, so out of place, set between the far more prosaically named Bulgarian villages of Rebrovo and Redina. There was, and what a story.

Major William Frank Thompson (1920-44), known as Frank, was a young British officer who acted as a liaison between the British army and the Bulgarian partisans during the World War II.

Born in Darjeeling, India to a family of British missionaries, Thompson was educated at Winchester College and New College, Oxford, where – like many young British intellectuals – he became a member of the Communist Party of Great Britain (CPGB), under the influence of his close friend, the novelist and philosopher Iris Murdoch.

Despite his communist sympathies, however, he did not support the CPGB’s policy of neutrality dictated by the Molotov-Ribbentrop Pact and joined the British army, commissioned a Second Lieutenant into the Royal Artillery in March 1940.

Thompson was an early volunteer to the Special Operations Executive (SOE), created in June 1940 to wage a secret war, its agents mainly tasked with sabotage and subversion behind enemy lines.

SOE’s director of operations was Brigadier Colin Gubbins, whose interest in irregular warfare originated from his service during the Irish War of Independence (1919-21). Gubbins had also been involved in planning to establish a sabotage force to work behind the lines during any German invasion of Britain.

Gubbins’s approach to warfare included blowing up trains, bridges and factories, as well as fostering revolt and guerrilla warfare in enemy-occupied countries.

After completing a gruelling training regime, SOE agents were parachuted into occupied Europe and the Far East to work with resistance movements.

Thompson served the SOE in North Africa, Syria, Iraq, Sicily and Yugoslavia before, in January 1944, he, by now a major, was sent on a mission along with three other commandos to establish a link between the British army and Bulgarian partisans.

He landed near Dobro Pole, Macedonia. The commandos carried a radio to keep in contact with the British staff in Cairo and Bari, but it broke down. On May 23, Thompson took part in a clash at the village of Batuliya between the Nazi-allied Bulgarian gendarmerie and the partisans. He was wounded, captured, tortured and executed by firing squad on June 10 in the nearby village of Litakovo.

Frank’s younger sibling Edward, better known as the historian EP Thompson, whose The Making of the English Working Class (1963) is considered a watershed in the foundation of the field of social history, wrote two books about his brothers exploits, both sadly out of print.

The first, There is a Spirit in Europe: A Memoir of Frank Thompson, was published in 1947, while the second, Beyond the Frontier: The Politics of a Failed Mission, Bulgaria 1944, was published posthumously in 1997.

Fortunately there is also another biography – A Very English Hero: The Making of Frank Thompson – written by Peter Conradi (also the biographer of Iris Murdoch) which is still available in both print and Kindle formats.

“How wonderful it would be to call Europe one’s fatherland,” Thompson once wrote, “and think of Krakow, Munich, Rome, Arles, Madrid as one’s own cities.”

There is a small part of Bulgaria which is forever his: after the war and the establishment of a communist government in Bulgaria, the villages of Livage, Lipata, Tsarevi Stragi, Malak Babul, Babul and Zavoya were merged and renamed Thompson in his honour. While most Bulgarian towns and cities which were renamed by the communists adopted their former names soon after the collapse of Bulgaria’s communist regime in 1989-90, Thompson, to this day, remains Thompson.

In Poland, period pains can be financial too
The School of Slavonic and East European Studies: Where academia meets the region
Comment