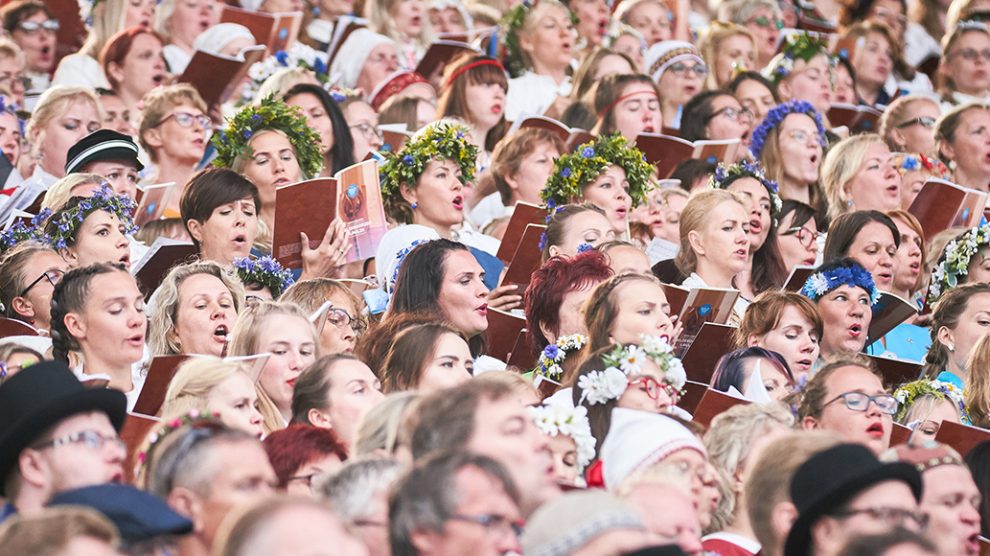 The Estonian capital has been awarded the title of UNESCO City of Music, starting 2022, and is one of 49 new cities which have been designated members of the UNESCO Creative Cities Network.

What makes Tallinn’s recognition as a UNESCO City of Music unique is that the Estonian capital only applied for the title last year: for most cities, the process can take years.

The application was supported by the Tallinn Music Strategy 2022-2025, which outlines how the city plans to take advantage of the support offered by UNESCO in order to keep growing and improving the local environment for musicians and music fans.

Lennart Sundja, head of culture at Tallinn’s Culture and Sports Department, says that the city is the largest centre of music culture in Estonia, where song and dance festivals, as well as major international festivals and concerts, take place.

“The music born in Tallinn seems to be well received by the international audience, and our diverse and historically rich music history is worth telling,” Sundja tells Emerging Europe.

The festival is one of the world’s largest choral events with hundreds, and at times thousands of singers performing together, in front of a crowd which has been increasing in size at every new event, reaching 60,000 in 2019: that’s almost five per cent of the country’s population.

Laulupidu began in 1869 and played an important role in the Estonian National Awakening, and is viewed as being a key aspect of Estonian’s national identity.

More than 100 years later, in June of 1988, mass evening singing demonstrations broke out at the Tallinn Song Festival Grounds, in what is seen by some as the start of the so-called Singing Revolution which greatly helped bring about the independence of Estonia and its two Baltic neighbours from the Soviet Union.

Tallinn Music Week is yet another musical event which has taken roots in Estonia’s capital.

The event has been held every spring since 2009 aims to give a platform to up-and-coming artists from around the world, but especially from the Baltics, Nordics, and Russia.

For Tallinn, the UNESCO title is not just an honour but an opportunity to grow the role music plays in the daily lives of the city’s residents.

“The main goals of Tallinn as a UNESCO City of Music is to support young talents and bring more music into the urban space. We intend to display various installations and pathways to make the presence of music in the city space physically perceptible,” says Sundja.

According to Sundja, the city’s objectives as a UNESCO City of Music are to support music education, to promote the music industry, to amplify cultural tourism, and, as a digital country, to implement and share its innovative solutions.

“As part of the Creative Cities Network network, Tallinn pledges to unify the role of culture and creativity in the city’s development and to be in close co-operation with other members of the network. This title gives our musicians many additional opportunities, especially in light of the Covid-19 pandemic,” Sundja adds.