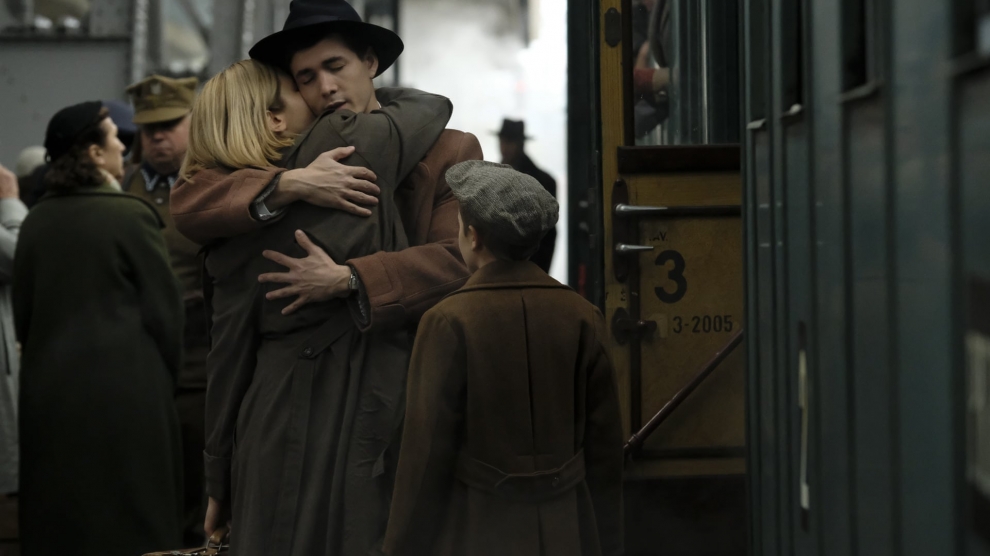 The announcement earlier this year that the BBC was producing a major new World War II drama series was not met with universal approval. The broadcaster has in recent years made a number of programmes set during or in the immediate aftermath of the war, and none have, well, set the world on fire.

Indeed the last, Traitors, produced in cooperation with Netflix, was an utterly ridiculous affair that required the viewer to do away with all traces of common sense if the preposterous, at times laughable plot was to be believed.

It was therefore something of a pleasant surprise that the new production, World on Fire, which premiered on September 29, began with a powerful opening episode that bodes well for the remaining six.

Helen Hunt, Lesley Manville and Sean Bean lead a stellar cast, which also includes Blake Harrison, Jonah Hauer-King, Julia Brown and Yrsa Daley-Ward in a story tells of how easily the lives of ordinary people caught up in the war changed. Not merely overnight, but from one moment to the next.

It also – refreshingly, for a UK World War II drama – places Poland at centre stage. After all, the war did not begin in Britain.

The defence of the Polish Post Office in Gdańsk, for example, when a mix of postmen and poorly-armed volunteers held out for 15 hours against an elite SS unit is not a story that generally makes the UK’s history books (although along with the defence of the nearby Westerplatte, it probably should). In World on Fire, the Polish Post Office becomes a symbol of Poland’s immense bravery in defiance of overwhelming odds.

Likewise, we are witness to the siege of Warsaw. It is worth remembering that Polish casualties during the bombing of Warsaw by the Luftwaffe in 1939 were about the same as those suffered by the Germans in the British bombing of Dresden in 1945, when up to 25,000 died.

The protagonist is Harry Chase (played by Hauer-King), a skilled English linguist sent to work at the British embassy in Warsaw. Forced to leave his girlfriend Lois (Julia Brown), a fierce anti-fascist, behind in England, he promises to write but quickly falls for the charming Kasia (Zofia Wichlacz). As the German’s approach, they marry: Harry’s intention is to get Kasia out of Poland. Instead, it is her young brother Jan who makes the trip to England.

“World on Fire manages to maintain a great intimacy, while building outwards to give a sense of the global scale of events,” wrote Lucy Mangan in the Guardian. “Harry’s idealism is both credible and emblematic. The decisions, such as him and Kasia agreeing to marry, feel like those of people with their own personal motivations rather than a great sense of destiny unfolding. Tiny scenes compress much. When Kasia’s brother Jan wants to go to school as the Germans invade and is told ‘not today’, it contains almost everything. The sense of impending cataclysm permeates every level of life. More and more rules and niceties are laid aside until suddenly there is nothing left to do but flee.”

The series is not without fault, however.

One early scene in which Helen Hunt (who plays an American journalist) witnesses the execution of Polish soldiers by the SS and lives to tell the tale is both contrived and nonsensical.

Then there’s the question of how authentic Warsaw looks. Or rather, doesn’t. No surprise given that many of the scenes set in the city were filmed in Manchester.

Never mind. The series looks set to be obligatory Sunday evening viewing for the next six weeks. It even has the seal of approval from the Polish Ambassador to the UK, Arkady Rzegocki:

“It was great to see the Polish side of WW2 being shown in BBC One’s epic war drama World on Fire,” he write on Twitter. “Excellent Polish actors playing with Helen Hunt, Sean Bean and rising British stars. Looking forward to watching the next episode.”