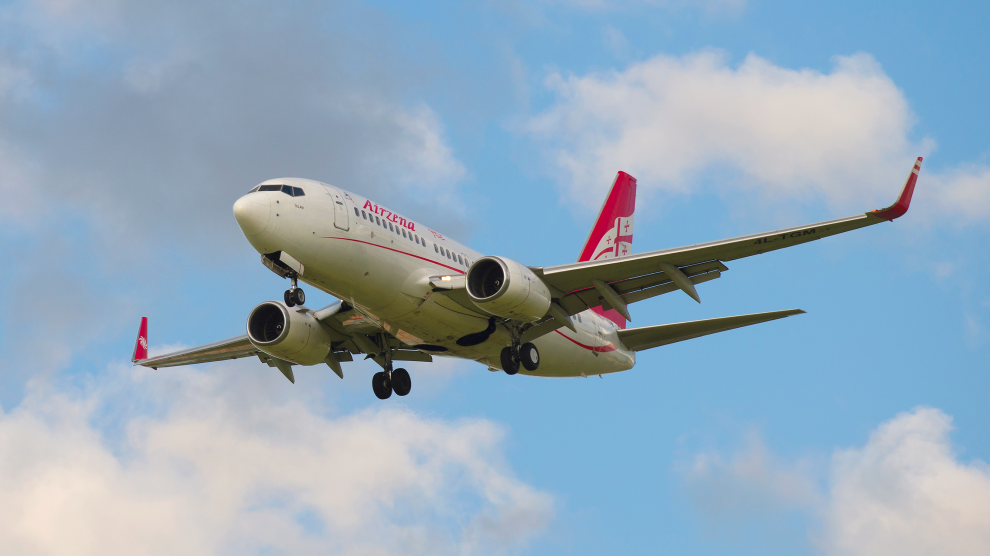 Airlines are making it easier and easier to reach Georgia, with more connections to more cities. But more investment in the country's secondary airport is crucial.

Over the past 10 years Georgia has become a far more attractive place for tourists and investors. There are currently several advertisements running on various international TV stations advertising Georgia’s resorts or boasting of the country’s latest achievements. However, reaching the country is still complicated. The number of cities connected by direct flights to Tbilisi is tiny.

Additionally, most routes only offer two or so direct flights per week. Transit flights are expensive and time-consuming.

However, the Georgian aviation market is, finally developing. New airlines are emerging, offering new routes and increasing frequency on existing ones. In Georgia, there are three main airports: Tbilisi, Kutaisi and Batumi. As the boss of the Georgian Civil Aviation Agency told Emerging Europe, more than four million people travelled to and from Georgian airports in 2017. This was more than 40 per cent higher than 2016. Additionally, the number of companies on the Georgian aviation market is also increasing. In 2017, there were 42 airlines on the market, six of which started operation last summer.

“The most interest is in the direction of the EU,” said Aleksandre Gachechiladze, head of the Air Transportation Department of the Georgian Civil Aviation Agency (GCAA). “In 2017 direct flights from Georgia served 21 cities across 13 EU member states, which double the number of cities served in 2016. The number of passengers flying with Georgian Airlines rose by 56 per cent, and the company is the leader on the Georgian market, along with Turkish Airlines and Wizz Air.”

The popularity of flights has increased enormously since March 2017, when the EU began allowing visa-free travel for Georgian citizens. The most popular flights are operated by Wizz Air, the Hungarian company which began flying to and from Georgia in 2012, and which operates out of Kutaisi.

“Within the framework of the government’s four-point plan, we are going to expand Kutaisi airport and add new terminals. We suppose that this will help to increase the number of passengers and flights,” says Aleksandre Gachechiladze. “The demand for cheap flights is very high. The number of travellers from Kutaisi airport increased by 50 per cent in 2017.”

Kutaisi is not the only airport which has a direct flight to EU member states. From Tbilisi, passengers can fly to 10 cities, including London, Munich, Prague and Vienna. From March 2017, Georgian Airlines is going to add flights to Barcelona, Berlin, Cologne, Bologna and Paris. As at Kutaisi, Tbilisi airport will also offer low-cost flights.

According to the Civil Aviation Agency the most significant share of the Georgian market is currently held by Turkish Airlines (12 per cent) and Georgian Airlines (10 per cent). Turkish Airlines share is actually falling: it was 20 per cent as recently as 2015. However, new companies have emerged, increasing competition. The government continues to negotiate with different airlines, to attract even more.

“Georgia continues its liberal course in the aviation sector,” said Aleksandre Gachechiladze. “Agreements, memorandums, legislative framework and the open-sky agreement between the EU-Georgia are all about promoting free market principles. The Ministry of Economy and Sustainable Development, as well as the aviation department, are in permanent negotiations and consultations with new airlines.”

However, the flight price is exceptionally high. Some companies consider that on the Georgian market a few dominant companies exist and that there is little competition. The Civil Aviation Agency explains that every airline has its own interest, set their own prices and that the government does not intervene.

Compared to other companies, Turkish Airlines has a significant part on Georgian market. Not least as an agreement between the Georgian Government and TAV-Georgia, a Turkish company, has seen TAV operate Tbilisi and Batumi airports since 2005. According to the agreement, the company has a concession to operate the airports until 2027.