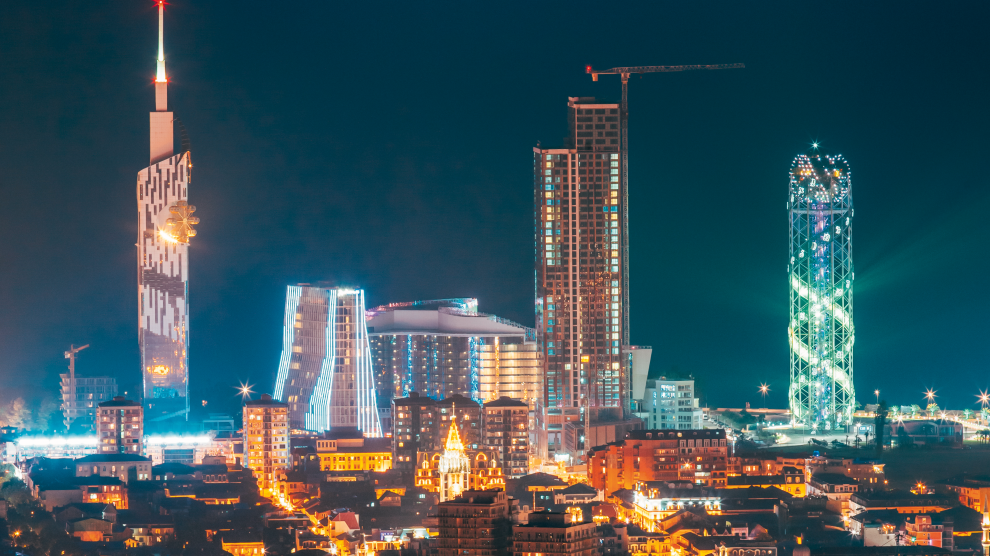 There has never been a better time to invest in Georgia, and the country is more open to new business, new ideas and new investors than ever before.

According to the Georgian National Statistics Office, between January and September 2017 Georgia received 1,346 million US dollars in foreign direct investment, more than 38 million US dollars higher than 2016. The most common investment sectors are transport, communication and construction.

A lot of things have improved in Georgia since 2003. The ease of doing business, a supportive environment for investment and government cooperation are the main advantages. According to Mercy Tambon, country manager of the World Bank in Georgia, reformist tendencies are the main factor which distinguishes Georgia from its neighbours.

“The business environment in Georgia is very conducive for investors to come here,” Mrs Tambon told Emerging Europe. “It’s straightforward to open a business; it’s effortless to get your documents or process them. If you go to the justice house, it’s like a one-stop shop where you submit your documents at one end, and in less than a day, in a couple of hours, they come out of the other end.”

Last September the World Bank and Georgia celebrated 25 years of cooperation. The organisation was one of the first, in 1992, to start working in Georgia. During this period more than 4.3 billion US dollars has been invested by the organisation.

“We’ve supported the government in carrying out reforms that have improved the business environment. As you can see, Georgia is one of the leaders of doing business in the world rankings because it’s a very reformist government. It has put in place the reforms that attract investors to come,” said Mrs Tambon.

Besides the World Bank, EBRD-Georgia cooperation is also 25 years old. Areas of cooperation include not only agriculture, banking or infrastructural projects but policy reforms and legislative improvement. In this sense, a significant initiative was ‘The Investors Council,’ which brings together the most representative local and foreign business associations.

“The investment and the activities of the EBRD in Georgia are one of the largest per capita in the whole of the EBRD countries of operation,” Bruno Balvanera, director of EBRD in South Caucasus, told Emerging Europe.

International organisations are not the only support networks in Georgia. There are companies and business people, working in Georgia since very early periods of its independence. One of them is British Petroleum (BP), which started operating in Georgia 21 years ago and has implemented such crucial projects as the Baku-Tbilisi-Ceyhan or Baku-Supsa pipelines.

“We don’t produce any oil and gas in Georgia to put into these pipelines. We just operate the pipelines through Georgia. Gas is one of the benefits for Georgia,’ said Chris Schlueter, BP’s general manager in Georgia. “A significant portion of the gas that Georgia uses comes from our pipelines,” he told Emerging Europe.

Besides companies there are individual businessmen in Georgia who saw the potential of the early 1990s. Fady Asly, chairman of the International Chamber of Commerce in Georgia, arrived in 1996. Despite difficulties in his first years, he is now happy to talk about the considerable improvement of the business environment. He said that Arabs are very interested in Georgia, both for tourist and investment reasons.

“The investment climate has improved a lot in the past couple of years,” he told Emerging Europe. “The main challenge remains the judiciary, which still lacks credibility; of course everything is not perfect, the same as for any other country, but there is no doubt that Georgia is one of the very best places to do business.”

Tourism, hospitality, infrastructure and manufacturing are the best areas in which to invest, says Fady Asly, and all the major donors agree. A sign of the country’s enormous potential is the number of tourists, which increases year by year and reached seven million in 2017. Despite levels of service, which still need improvement, with the help of the World Bank, the government now has a clear tourism strategy, creating infrastructure, not least better roads. Several museums and resorts have been restored, and advertisements have run on international media.

“Tourism is huge and growing like mad here,” said Chris Schlueter, “it’s one of the main areas of investment, like agriculture.”

Agriculture remains a priority for the Georgian government, especially since it signed an association agreement and DCFTA with the EU. Agriculture is an area which continues to see huge investment. The government has several projects up and running in conjunction with the EBRD and World Bank, which supports irrigation, agro-business, greenhouses and horticulture. The government also has funds for small and medium-sized farmers, but there is still not enough cooperation. Donors feel that the country should concentrate on improving the level of exports.

Paul Clark, a consultant and the founder of the consulting firm TBSC, and who has lived in Georgia for more than 20 years, believes that problem-solving in agriculture is connected to farming. He does not believe in funds for cooperation or small farms, and thinks that the government should have a long-term plan and invest heavily in large-scale farming.

“The future is in big agriculture,” he says. “Do everything that is necessary to create 500 hectare farms all over Georgia. As many as you can. As fast as you can. This requires government intervention. The largest farms here have maybe 200 cows.” Mr Clark believes that DCFTA will improve the quality of products on the domestic market as well.

“I think the EU commission and probably the Georgian government have oversold it. They haven’t explained to people how radically things need to change domestically first before you get the export benefit later. In food, for instance: it is not only food for export which needs to meet certain standards. That’s not that the way it works. All food sold in Georgia must be suitable for the EU before they can export it.”

Investors are getting involved in changing the make-up of the labour force as well. One of the most significant challenges for the country remains a lack of qualified people, or at least people with the right qualifications.

“If an investor is coming to spend their money, you want to make sure that you can hire locals who have the skills you need,” says the World Bank’s Mercy Tambon. “It is true that there are plenty of university graduates, but the skills that these graduates have are not necessarily the skills that today’s labour market needs.”

However, she and other interviewees pointed out that the government has understood what the challenges are, and is trying to deal with market demands. As the 21st century’s main focus is on technology, the government should use young people’s potential in the field of technology. To help achieve this, technical parks have been created in the big cities of Georgia. Bruno Balvanera believes that the Georgian government has adapted quickly to technology. As the country was one of the first to begin using blockchain technology, the EBRD has been involved in creating a mining policy for Georgia.

“The outlook on Georgia is positive,” says Mercy Tembon. “Exports are increasing, foreign direct investment and the private sector are expanding. They are doing everything possible to develop skills. They’re integrating into the global economy. They have all the right ingredients in place. All that is left is just to continue to maintain prudent macro-fiscal policies and open up the private sector a lot more.”

“My advice to the government is to stop thinking about tomorrow. Think about 30 years from now. People do look ahead: they look at immediate problems which need to be solved, but this does not necessarily get you to where you want to be in 30 years time. This is true in every sector,” says Paul Clark, founder of TBSC.

Besides its progress and western-looking outlook, Georgia also has significant geographical advantages. Investors see the country as having an excellent opportunity to become a corridor between the East and the West, while also assisting regional countries with integration and setting itself up as a regional hub for South Caucasus countries. This is a strength which has to be used.

Despite a number of challenges, donors and investors appreciate the desire of the government and society to transform Georgia into a western country. The proof of this willingness is that while governments change the direction of the country does not; this is not always the case with a young democracy, and is a sign that all stakeholders can collaborate, and must continue to do so. 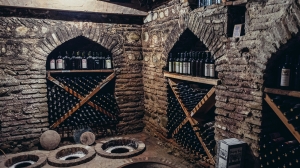 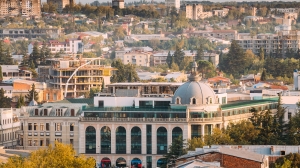 Getting to Georgia: It’s still not easy, but things are improving
Young, Skilled and Competitive: Georgia’s Labour Market
Comment