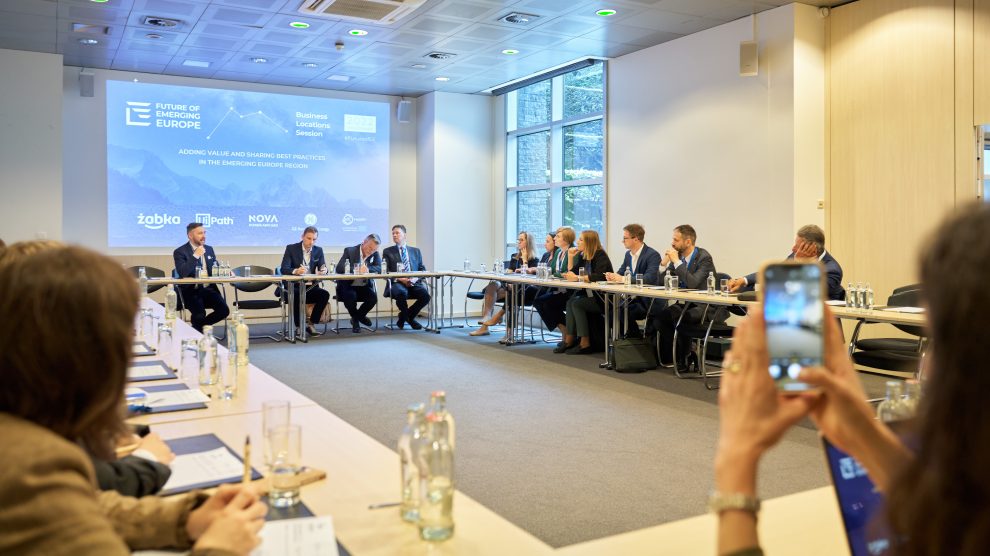 There is no great secret to attracting foreign investment. It takes collaboration, a great ecosystem, an ability to retain talent, and a genuine commitment to ESG principles.

As a part of its awards programme, Emerging Europe has since 2018 been researching how the region’s 23 national investment promotion agencies (IPAs) communicate their value proposition and how they use their digital channels to grab the attention of potential investors to the various business opportunities offered by key sectors.

Lithuania again took second place, with Czechia in third, climbing above Ukraine which drops to fourth – still an incredible achievement given the ongoing Russian war against the country. Latvia rounded out the top five.

The need for a collaborative ecosystem

In June, at a roundtable discussion organised by Emerging Europe in partnership with the Assembly of European Regions (AER) within the framework of the Future of Emerging Europe Summit and Awards in Brussels, leaders from across the region looked at how other countries can take on board the best practice of Invest Estonia and other well-performing IPAs.

According to Joonas Vänto, the director of Invest Estonia, the country’s success comes from its positive climate of co-operation between the public and private sectors.

“That the [Estonian] start-up sector is booming shows that if there is support from the government for the tech sector, including the universities, even the most ambitious goals can be achieved,” he says.

“Using this government support, the universities have stepped up to produce new, innovative products.”

That such co-operation is lacking in other parts of the region was highlighted by Balázs Fürjes, the director of EIT Health Innostars, a cluster within the European Institute of Innovation and Technology (EIT) bringing together innovators in need of education, funding, mentoring and networking tools.

“Investors come to a country for talent, they come for ideas. But what they miss is collaboration. If there is a collaborative environment that keeps the talent there, and the incoming parties find this collaboration interesting, then they put down roots and stay. Collaboration is the number one topic,” he says.

Successful investment locations need an ecosystem that works, adds Elias van Herwaarden of Colliers, who has been advising big firms on where to locate their investment for decades. And they will pay more to access such an ecosystem, he suggests.

“If a city offers an ecosystem that really works, costs can be higher. It’s all about risk minimisation and mitigation.”

Peter Ryan of Ryan Strategic Advisory is another locations expert, and he points out that a key factor for investors right now is stability.

“Because of the situation in Ukraine, it has become the key factor. Positive promotion will be important.”

Getting positive examples out to a wider audience is a notion that Mark Angus of Genesis Global Business Services agrees with.

“There is so much great talent and case-studies in the region,” he adds. “Digital Expedition in Serbia, Code Kids in Romania, Warsaw Health Innovation Hub in Poland, Innovatrics in Slovakia, ScanBalt in Estonia, Diia.City in Ukraine, to name just a few. What is really needed to boost the profile of the region is for those case-studies to be put forward, to be promoted.”

Promoting the example of Estonia is certainly one way that positive outcomes can be shared across the region, especially in other small countries.

Mark McCord is chief of party, USAID Economic Security Programme in Georgia. He says that for a small country like Georgia to be successful in FDI, “you need to focus on what the elephant doesn’t need or what the elephant doesn’t want, or no longer wants – meaning you find niches that you can exploit, or you start building a valuable proposition around portions of what larger companies and countries no longer want.”

Like Elias van Herwaarden, he also believes that the ecosystem is crucial. “Georgia is sometimes overly focused on FDI, instead of making sure the local ecosystem is sound.”

For Ukraine itself, the goal of becoming a global tech hub remains. Just days before Russia began its invasion on February 24, President Volodymyr Zelensky told the 2022 Diia Summit in Kyiv, a showcase for Ukraine’s digital transformation, that he wants the country to double the size of its already impressive IT industry from four per cent of GDP to 10 per cent by 2025.

“We still have the ambitious goal of becoming one of the biggest IT hubs in Europe,” according to the country’s deputy minister of digital transformation, George Dubynskyi (pictured above), who took part in the Brussels discussion.

Anna Gorączka, chief green officer at Polish retailer Żabka, believes that the days of stability are over.

“We should behave as a region, as a company, with different departments. We should focus on building resilience, making space for innovation. That will show investors that we are ready, no matter what hits us.”

Gorączka is also adamant that promoting best practice in ESG (environmental, social, governance) is another factor that can woo investors.

“ESG is a way of doing business and it is transformative. It is not just a PR strategy; it is a strategy that is incorporated into the value creation plan of the organisation – and that makes a difference,” she asserts.

Peter Ryan is in full agreement. “When we hear stories about what is going on in the emerging Europe countries [in terms of ESG], they are moving forward much more quickly than what we would see in parts of Canada and the US. It is important that the countries keep this focus. ESG is not just seen as a ‘nice to have’ but as a structural element to attract investment.”

He also suggests that ultimately, it is employees who will push all companies towards taking ESG seriously. “Talent wants to work for progressive companies,” he says.

But money also remains important. Jean-Luc Vanraes from the Assembly of European Regions, believes that while Europe has decided to become more autonomous, with huge amounts invested in education, the challenge of losing talent remains.

“We need to make it possible for talent to stay, and talent congregates where the money is,” he says.

Knitting all of these threads together: ecosystem, promoting best practice, ESG, retaining talent, is the challenge now facing the countries of emerging Europe, and the region as a whole.

Some are going about it the right way, led by Estonia. Others need to figure out what they need to do in order to catch up. And for that, political will is needed. 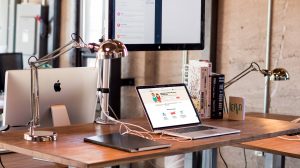 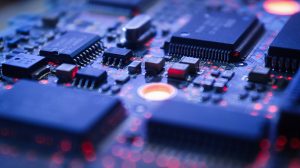